Dreams they say become reality, and the word Never give Up still valid till eternity as former American Wrestler Dwayne Johnson aka the rock is now the most followed man in the whole of America and now the second most follower celebrity on Instagram behind Cristiano Ronaldo. 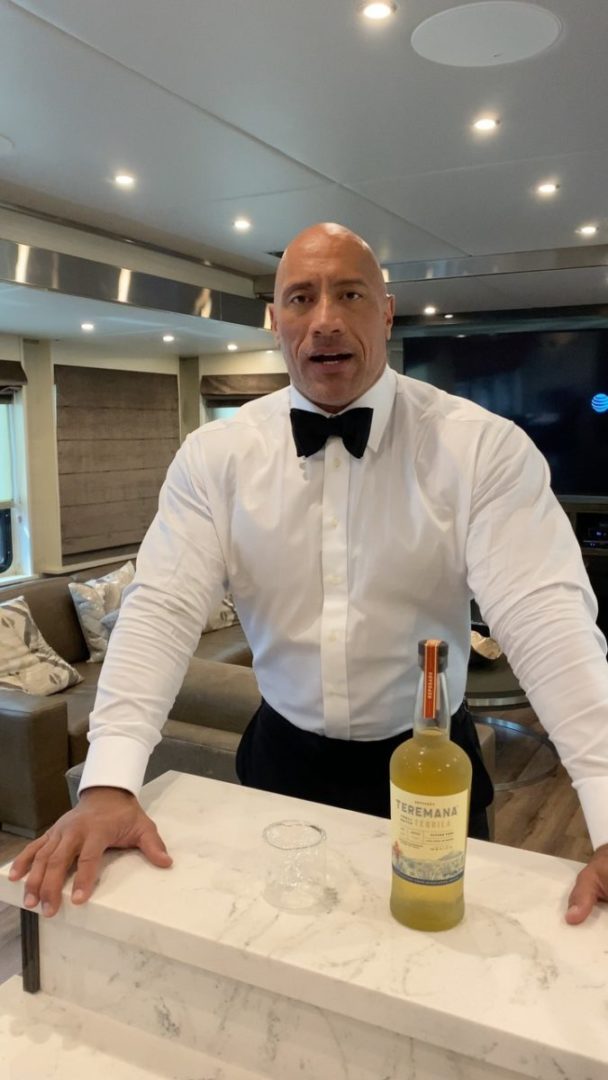 Dwayne while sharing the news via his Instagram page said:

I spoke my truth with a little poise, dignity & respect and here’s the result/

Tidal wave of quiet support surging past 200 MILLION followers on IG. 300M+ total across all platforms.

Apart from now just becoming the most followed American man on Instagram the Rock also has over 300 million follows across social media platforms.

He his also the highest paid Hollywood actor for the second year running.

Few Months back Dwayne Johnson aka the rock confirmed that he and his family had tested positive to COVID-19 , but has fully recovered from it.

Officially the most followed man in America 🇺🇸🙏🏾 What a past few weeks. At times very loud & spicy 🌶😜 I spoke my truth with a little poise, dignity & respect and here’s the result/ Tidal wave of quiet support surging past 200 MILLION followers on IG. 300M+ total across all platforms. #1 Most followed man in America. (and #1 daddy at home;) Love you guys and thank you! Let’s keep building and putting in the hard work 🖤🙏🏾🇺🇸💪🏾 #gratefulcallouses

Violette - June 25, 2018 0
Kenyan Catholic priest, Father Paul Ogola has reportedly been suspended by the church leadership for rapping in church. The 45-year-old priest has been using rap...

Omg!!!! Dbanj Giving A Blow Job by a Female Fan while Performing

Olumide - February 27, 2015 0
O my word!!!, what exaclty is going on here, this female fan of Eja nla aka Dbanj really got some balls.  Bangalee was performing at...

Olumide - November 9, 2016 0
The 19-year-old is definitely Giving Her elder Sister Kim a Run for her money as she has already taken over the spot light from her...

Eddie Andy - March 5, 2018 0
A man has allegedly committed suicide after President Buhari refused to sign the Peace Corps Nigeria (PCN) Bill as passed by the National Assembly. This...