Aubrey Drake Graham popularly known has Drake has joined the end Police and Sars Brutality protest and campaign going on in Nigeria which kicked off 3 days ago. 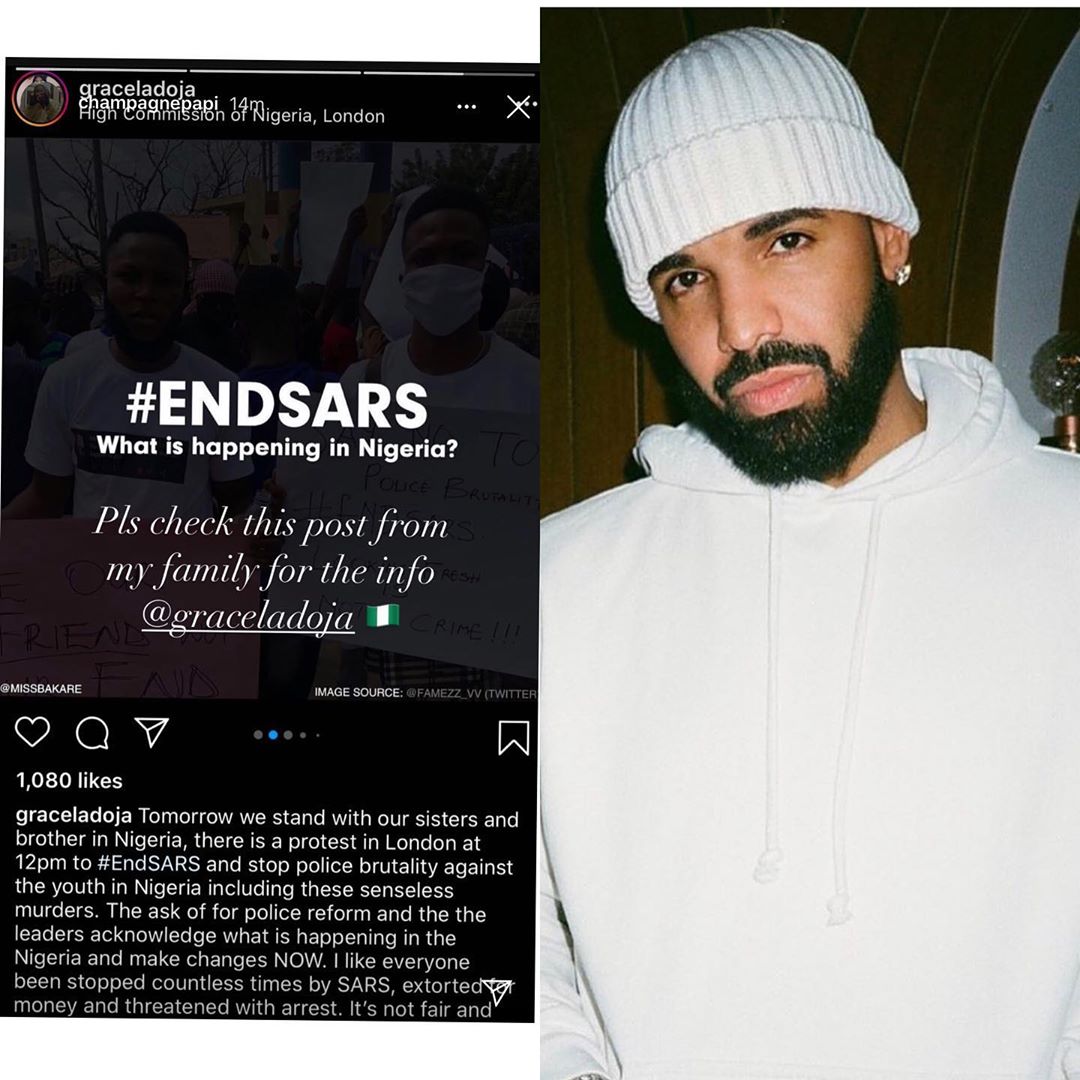 which was posted by Grace Ladoja announcing the date for London Protest.

While making the Post , Drake asked a very Valid question : What is Happening in Nigeria?

As we recall , just yesterday another Protester whose name is Jimoh was killed in

Ogbomoso, Oyo Sate by the Nigerian Police force during the Peaceful Protest.

“Everyone Has A Breaking Point And Nigerians Are Frustrated”- Falz

Olumide - November 15, 2018 0
While speaking in an interview with Africa’s Finest, a magazine by Guaranty Trust Bank, Nigerian rapper and actor, Folarin Falana, popularly known as Falz the Bahd...

The New Game Of Thrones Season 7 Trailer Is Here! (WATCH)

Olumide - June 22, 2017 0
HBO has just released the new Game of Thrones trailer, offering plenty of new footage from the upcoming seventh season of the series! Check...

Adedokun Moses - January 9, 2020 0
Reactions have risen across the globe after Meghan Markle and Prince Harry decision to resign as senior members of the Royal Family. Meghan Markle...

Adedokun Moses - August 7, 2020 0
Legendary Nigerian female singer and songwriter, Asa have been spotted in the studio with talented male singer Wurld cooking up something lit. Asa is no...

Olumide - April 26, 2018 0
Nigerian comedian, Funnybone has given an advice to the 2018 BBNaija reality tv stars. In a social media post, Funnybone mentioned how one of...