Portable water is one of the essential resources Nigerians don’t enjoy, which has forced many to adapt Borehole drilling as an alternative which comes at a cost. 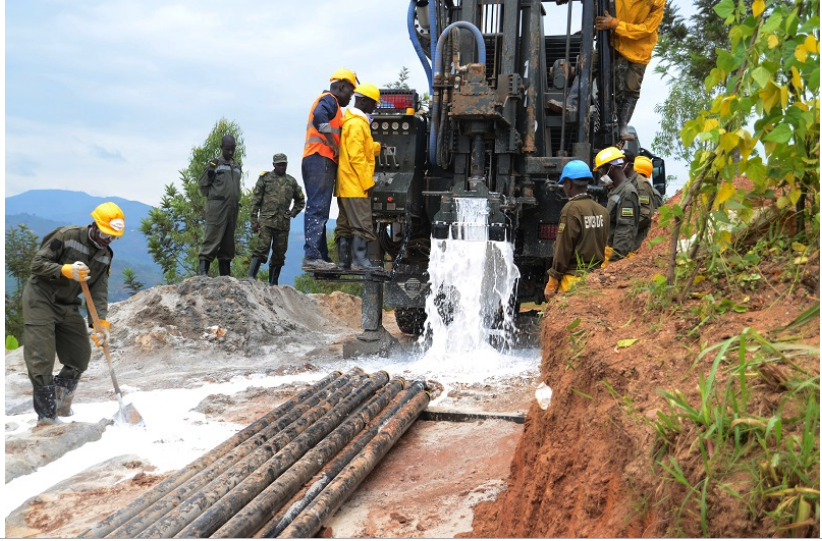 Over the last 40 years, the Nigerian government has failed to live up to its expectations despite allocating several budgets to the provision of water supply for Nigerians annually.

In 2018, via an interview with the press, the Minister of Water Resources,

Suleiman Adamu expressed his shock at the rate of borehole drilling across urban centers.

and sound workable water schemes in the country. (READ IT HERE)

The borehole has become the only source of potable water for Nigerians for years.

The rivers have been contaminated, the pipe-borne water from the ministry of water is not functional either, and Nigerians are left with no choice than to dig borehole for themselves.

READ ALSO
Meet 23 year old Nigerian whom drops out of college, makes $5Million through his own consulting firm

This obviously doesn’t come at a very cheap cost. But, in this article, I’ll be showing you the most affordable way to get a borehole drilled in your house.

What Is The Cost Of Drilling A Borehole In Nigeria 2020

So many factors need to be considered before estimating the cost of drilling a borehole in Nigeria.

The drilling process can be quite tasking.

Apart from the heavy machinery used in the process, it requires a large workforce too.

The primary determiner of the cost of a borehole is the type of drilling you want to use.

Factors That Determines The Cost Of A Drilling Process

These are things you need to consider before budgeting for a borehole.

They are just a few but are very important determinants in the final cost of the drilling process.

There are two types of drilling processes;

The manual drilling process is one that requires physical labor.

It involves hiring laborer to manually dig the ground until the water level is reached underground.

This process costs less, but it takes more time.

The digging might go on for days if not up to a week.

The heavy-duty drilling on the hand is a faster, more reliable process, involving use of machinery to dig the ground until the water level is reached.

It lasts for just a few hours, unlike the manual drilling process and subsequently, costs more.

READ ALSO
Glo Says It Has “Not Acquired 9mobile”

It cost more in places like Lagos, Abuja, Port Harcourt than other parts of the country.

Areas with a high cost of living are generally costlier than others.

This doesn’t only affect the heavy-duty drilling but also the manual method.

It is important to note that borehole drilling is different from well digging.

Drilling is simply making a narrow, deep hole into the ground.

The depth of the borehole depends on how far water is to the ground in your area.

If you live close to a river or in a riverine area, the drilling won’t be too deep before the

In conclusion, if you’re planning to drill a borehole for domestic use in your home

or commercial purpose, ensure that that you consider all the possible factors that will affect

Olumide - March 3, 2018 0
Thanks for joining me! Good company in a journey makes the way seem shorter. — Izaak Walton

Olumide - February 7, 2016 0
The Two Kardashian sister, Kendall and Khloe both had a Fun day as they meet with US Rapper and Legend in the Rap game,Snoop Doggy Dog while...

Davido sends Aloma Parking for acting like a landlord in the house he bought...

Joel Adesina - June 27, 2020 0
The Nigerian singer and popular celebrity, Davido has always find his way to sphere of Nigerians in daily news. And this time round, it is not...

Olumide - January 18, 2019 0
Actress, Efia Odo says she is letting go everything she had learned from society about life, religion and power. Efia Odo in a post on...