38-year and still giving every single younger tennis player a run for their money as Serena Williams fights back from a Set down to progress to the U.S Open Semifinals for the second year running. 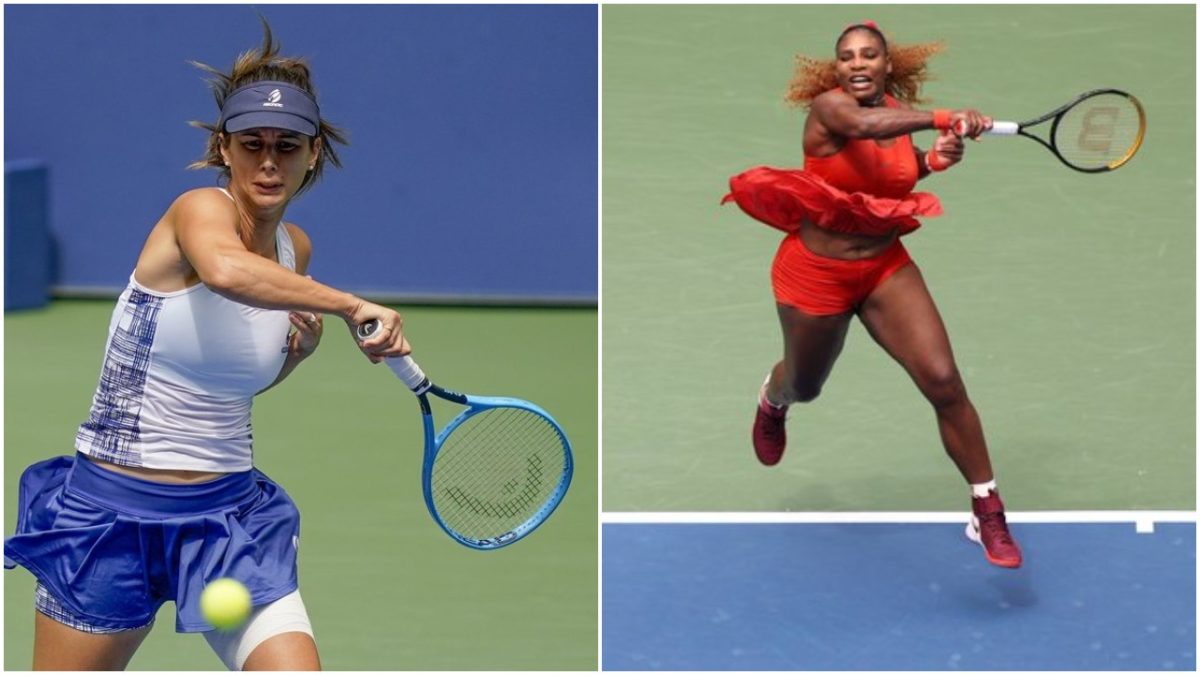 to fight out for every single point which earned a 6-3 win in the second set.

In the Final and third set, she didn’t slow down one bit as she took the first break point and game from Pironkova serves and went 2-0 up minutes later with her own serves racking up

a few aces as she continued to match Pironkova every single game all the to her wining the third Set 6-2 to book her place in the Semi Finals.

Another day, another Grand Slam semifinal.@serenawilliams is through to her 39th Grand Slam SF, defeating Pironkova 4-6, 6-3, 6-2.#USOpen pic.twitter.com/KvihoqXsba

One thing very concerning though for Serena this Season so far has been her Second Serves which has been very weak and costing her point, but her high moments so far

this season has been her aggressive nature to chase down every single return from the opponent.

She might be 38 years old and turning 39 in two weeks , but so far so good Serena

is here at the U.S Open 2020 fighting hard and aggressive for every single point.

Current Just to match wins away from the Record 24th Career Grand Slam and also looking to win her first since becoming a mom.

creebhills - April 6, 2017 0
The Tinsel Actress had been in the News Lately, as rumors continue to spread about her broken up marriage to fellow actor Chris Attoh. (adsbygoogle...

Violette - March 22, 2020 0
The English Premier League might return in June 2020 as games will be played behind closed doors with a plan on June 1st. England clubs...

Violette - June 28, 2019 0
British PM will reiterate determination to bring suspects to justice when she meets Russian president Theresa May will use a face-to-face meeting with Vladimir Putin...

I invite men for my sexual pleasures – Ghanaian actress

Violette - July 13, 2019 0
Ghanaian entertainer, Tracey Boakye has admitted in a meeting that at her level now, she lacks the capacity to deal with relationship stress...