Former Big Brother Naija star, Tokunbo Idowu popularly known as TBoss have finally spoken out on how trolling have affected her on becoming who she wants to be. 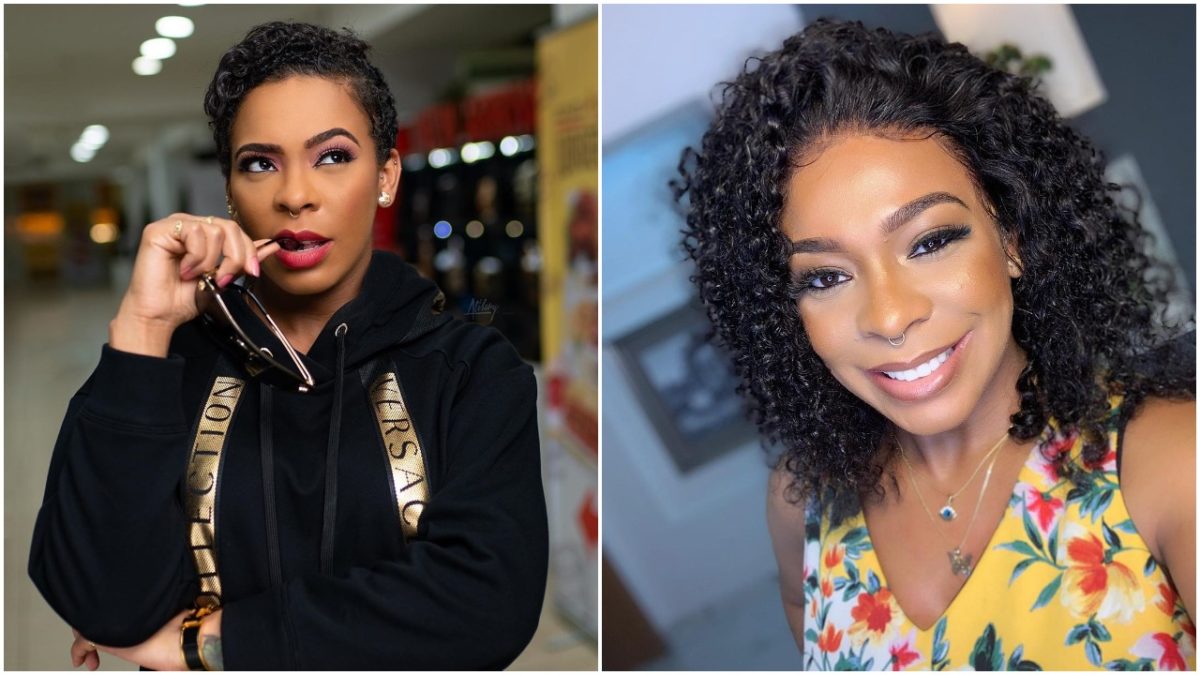 of trolls on numerous occasions.

she decided to reveal her face.

Having moved on from the drama, TBoss took to her social media platforms to open

up on how incidents like that have affected her in becoming who she wants to be.

According to TBoss, it’s always sad seeing her name on social media trending for the

consequences noting that she would never drag a fans or a celebrities in the industry.

Not willing to hide anything, she noted that it’s saddened to see that females are the

TBoss noted that all this events have made it hard for to become someone bigger and it seems she’s ready to putt off a fight. 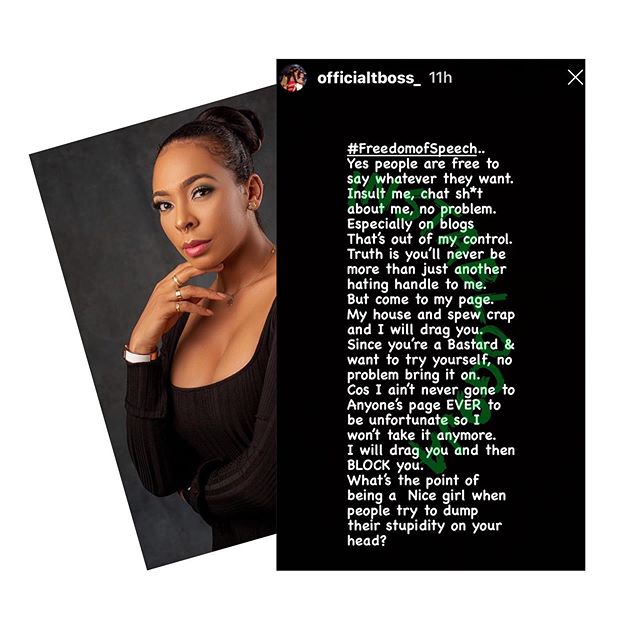 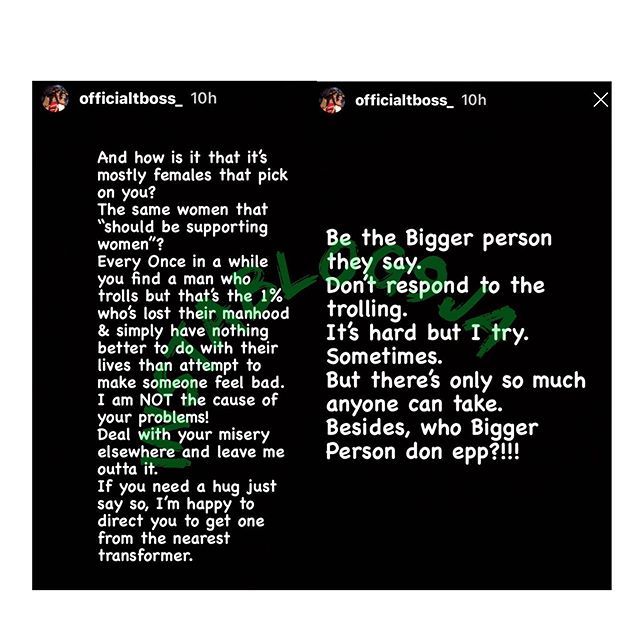 creebhills - March 27, 2015 0
The  Former Miss Nigeria, Shared this beautiful pics of her self on her page. although she is no longer the current miss Nigeria she does...

Dbanj’s wife’s sister speaks for the first time about the death of her nephew...

Violette - July 6, 2018 0
Sammy Walsh, the sister to Dbanj's wife Lineo Didi Kilgrow, has spoken for the first time since her nephew drowned at home in Ikoyi. The...

creebhills - June 1, 2019 0
Nollywood actress, Uche Ogbodo, might be daring when it comes to her hairstyle and fashion sense in general but no one knew what she...

creebhills - December 31, 2018 0
Every iPhone comes with a slew of Apple’s own first-party apps. Thankfully, though, the App Store is overflowing with alternative apps, many of which are better than...

Violette - March 22, 2020 0
Popular Nigerian preacher, Pastor Oyedepo called out for running a church service today despite Coronavirus Pandemic outbreak in the country. Despite the fact that there...