Mompha a Nigerian Business Man known to flaunt His wealth on Instagram, And if you’ve also always wondered how much Ismaila Mompha net worth is, you’re in the right place. 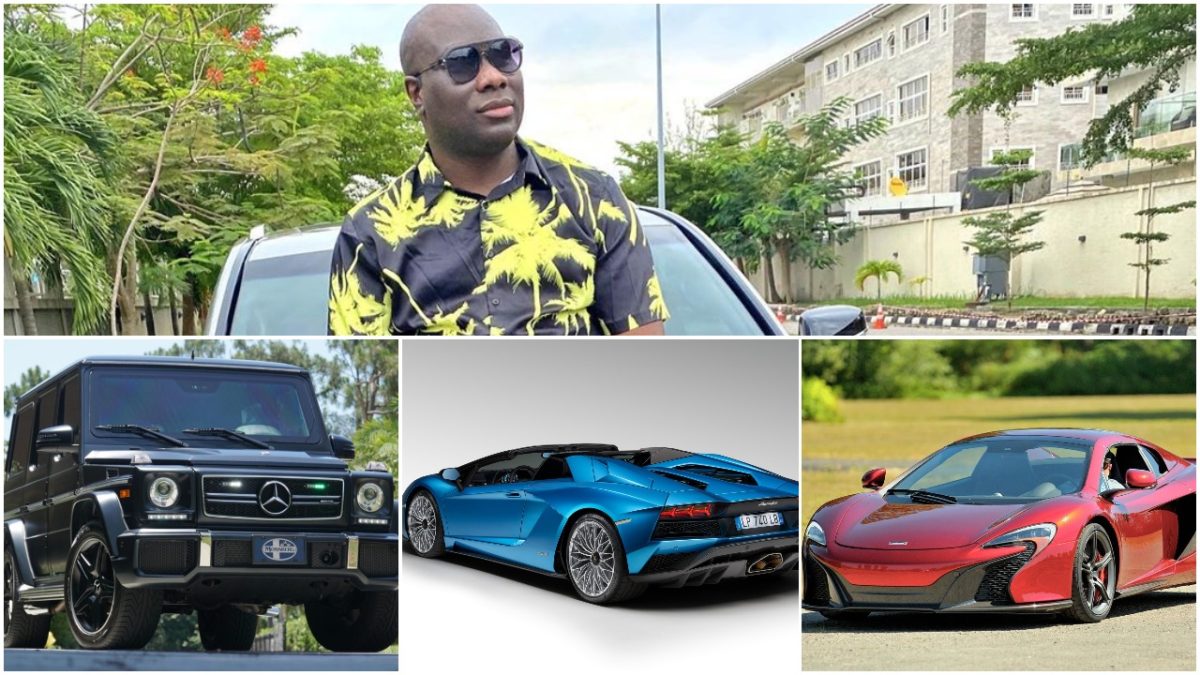 Some call him the Instagram billionaire, some say he is the richest “yahoo boy” in Nigeria.

Everyone is entitled to his opinion, after all. But from facts gathered at the time of writing

this article, it is evident that he is immensely rich. And in a few minutes, I’ll be showing

Mompha is a famous Dubai based Nigerian social media big boy known for his lavish and extravagant lifestyle on Instagram.

He likes to show off his cars and houses and expensive accessories on his Instagram page.

Just as expected, he wines and dines with the wealthiest guys in the country.

Musicians sing his praise, OAPs sends shout-outs, and fans are quick to hail him at any slight opportunity.

READ ALSO
#BBNaija: What happened between me and Ka3na affected my relationship – Praise (Video)

Those are the dividends of richness anyways.

Born on 16 June 1979, the 41-year-old billionaire was born in Lagos state, where he completed his secondary education at the Government College Ikorodu.

He is happily married with two boys. He has a fleet of cars, huge mansions, and so many expensive accessories.

Aside from that, the next thing has known to spend his money on is the regular “giveaway” he does on his Instagram page.

Ismaila Mompha net worth is believed to be around $500 million. This is a rough estimate we can make from some of his belongings we are aware of.

Some of these are his luxurious fleet of cars, including the limited Rolls Royce, expensive Mercedes, and many others.

He also has super expensive wristwatches, including the highly-rated 75th pair of Christian Louboutin signed by Louboutin himself.

Although we haven’t heard that he owns a private jet himself, he is always on a particular one. If he owns it, I’m sure we would have known.

All these are not so hard to see because Mompha lives on Instagram. All his life and that of his families are there for all to see.

When it comes to Mompha’s Car Collections, the List is numerous and mind blowing when you take a close look at those luxurious fleet of cars owned by Mompha.

Even though most people question his source of wealth, including the Nigerian government,

our reporter gathered that he is the owner and founder of “Mompha Bureau De Change” located in Bankole Street, Lagos Island, Nigeria, which is also Major source of Mompha net worth.

The company is a currency exchanging company.

His source of wealth was questioned by the Nigerian anti-graft agency, EFCC (Economic and Financial Crime Commission), in 2019.

Mompha was arrested and accused of money laundering.

Before then, many have claimed he didn’t amass all his wealth from his currency exchange business alone.

Some said he is into fraud, drug trafficking, and many other illegal activities.

However, when EFCC arrested him, he was charged for cyber fraud and money laundering amounting to about #33 billion.

His company was also said not to be registered with the Special Control Unit Against Money Laundering.

Conclusion on Mompha Net Worth

Ismail Mustapha AKA Mompha is rich and he doesn’t hide it. He flaunts it, and takes care of his family.

He used to be a close friend to hushpuppi, the Nigerian arrested in Dubai for Cyber fraud this year before they fought.

Meanwhile Hushpuppi is still in detention in the United States of America as we speak but Mompha has been released.

Olumide - November 9, 2018 0
In a bid to give Nigerians an amazing travel experience and a trip of a lifetime, KLM Royal Dutch Airlines– a world-renowned airline which also...

Violette - June 7, 2018 0
President Muhammadu Buhari has announced June 12 as the new date which Democracy Day will be celebrated in Nigeria. He also conferred a posthumous...

Adedokun Moses - January 18, 2020 0
It's currently a great day in the house of the President of Mount Zion Drama Ministry, Mike Bamiloye as he becomes a grandpa. The son...

Adedokun Moses - February 13, 2020 0
Reality star, Seyi Awolowo is reported to be engaged with his longtime girlfriend, Adesola. Seyi Awolowo who made a name for himself after he participated...