Two time unified heavyweight champion, Anthony Oluwafemi Joshua have insist that he will be going for a bag of 5k pounds than a Louis Vuitton bag with 100 pounds. 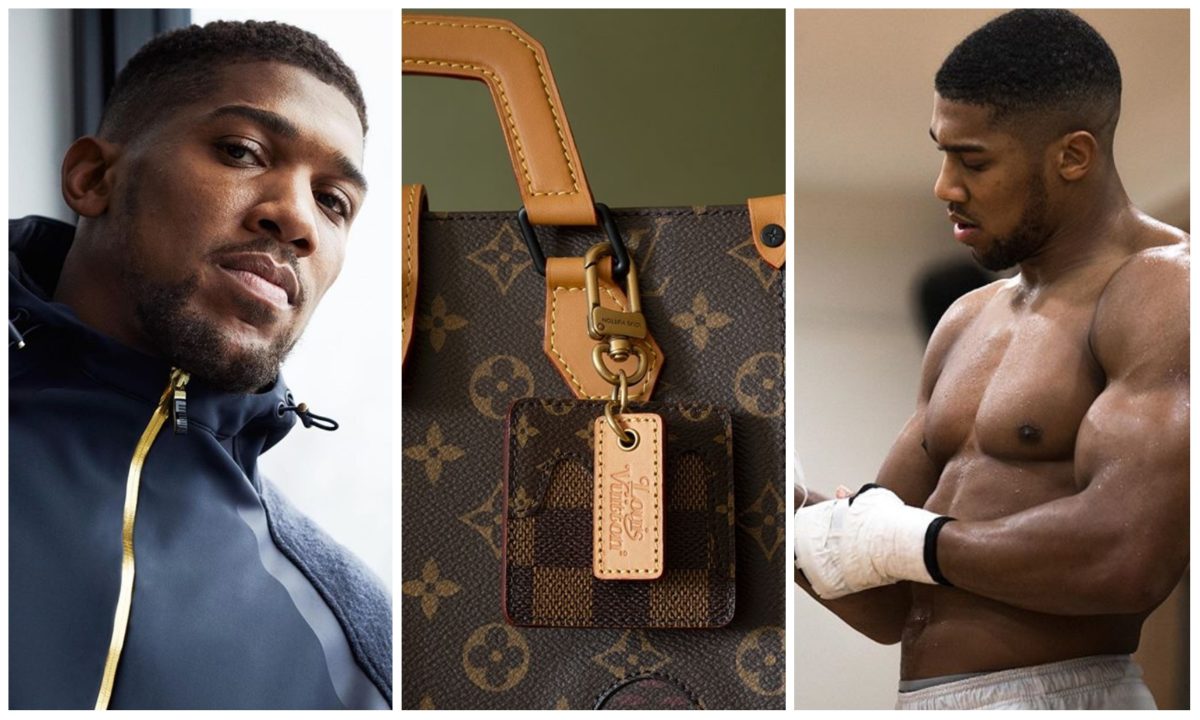 ensured fans gets to know more about him via his social media platforms.

basis as he does not look like someone that will put an end to it.

at his disposal, the unified heavyweight champion have insisted that he will be

taking a bag with 5k pounds than carry a Louis Vuitton bag with 100 pounds.

accessories in the world and despite all top personalities in all walk of life flaunting it,

Anthony Joshua noted that the goal is to win and not to look like they’re winning.

READ ALSO
Anthony Joshua did not impress me – Tyson

the generation ahead, a statement his fans and followers will be proud of. 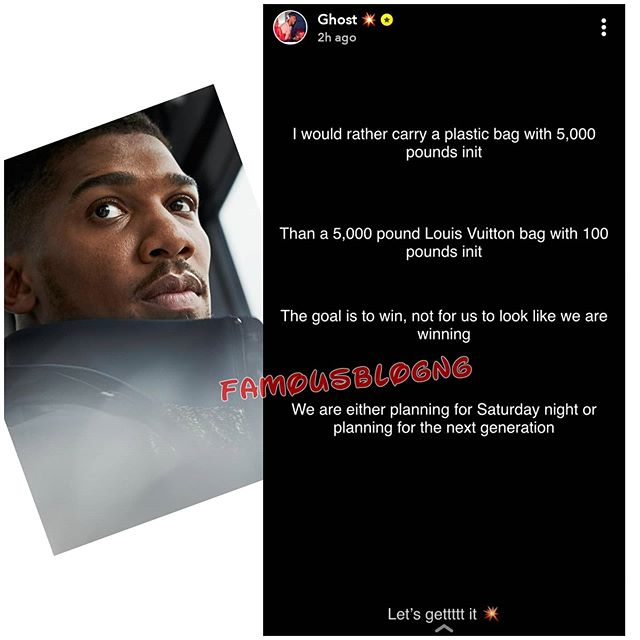 Anthony Joshua is placed among the highest earner in the sporting world and his decision to plan ahead for the future will serve as a motivation to fans.

Olumide - August 15, 2019 0
5 times ballon d'or winner Cristiano Ronaldo shared a video on his Instagram page a few hours ago in which he was seen lying...

Kevin Hart and Eniko return home with their son

Olumide - November 23, 2017 0
Kevin Hart and his wife,Eniko have returned home two days after she gave birth to their son Kenzo The comedian wrote Little Man is coming...

Wizkid throwing Shades at MTV MAMAs? says ‘Ojuelegba” is the biggest song in...

My father cried and cut my hair when he caught me kissing – Davido’s...

Violette - August 11, 2019 0
Mother of Davido’s child, Sofia Momodu, has shared her experience whiles growing up.  According to Sophia, she was mostly around boys whiles growing up, because...

Nicki Minaj Hot, Fresh and Racy in New Photos as she Hang out with...

Olumide - June 29, 2016 0
The BET Awards 2016 Best Female Rapper has been in a good moods since the Release of her Bf Meek Mill from his 90-days House Arrest which he Completed earlier...