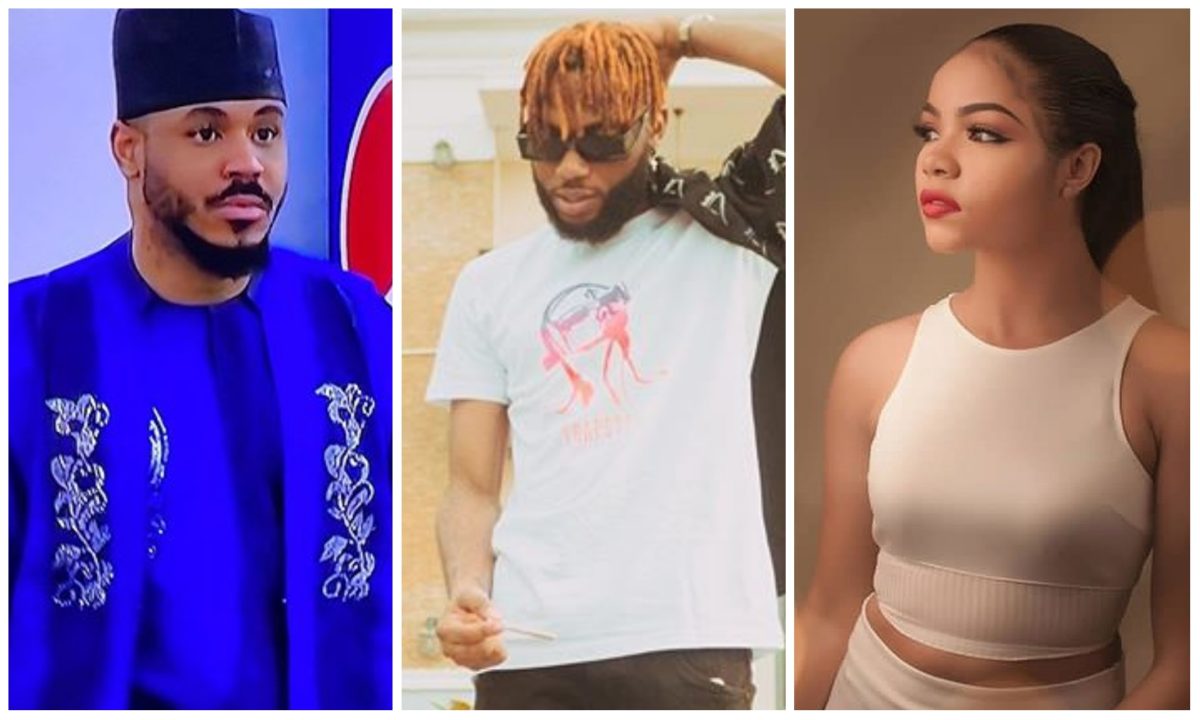 was evicted from the reality show.

eviction burst into tears as he made his way out of the house.

Dremo have come in his defense.

she rejected his love proposal on countless time, Dremo noted that Nengi deserves

to be given accolades for her actions.

will spoil her relationship.

“Girls should cut cap for Nengi, she liked Ozo but couldn’t do shit because she respects her relationship outside” 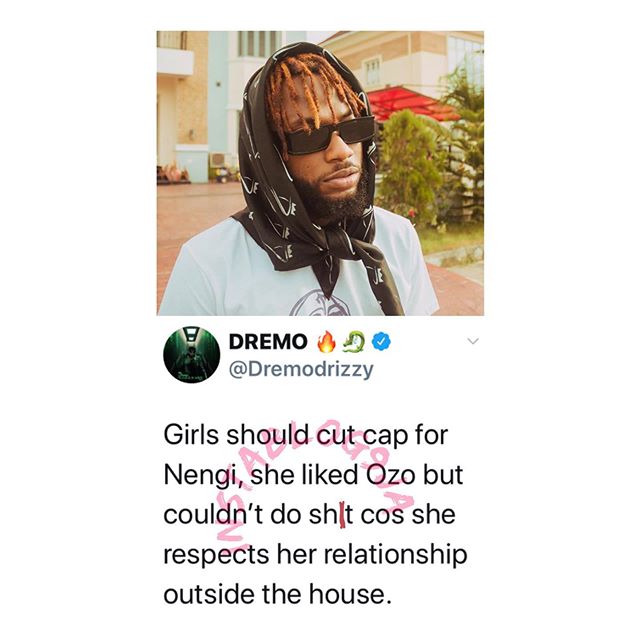 Nengi is among the final five housemates that will be eager to win the grand prize of 85 million naira on Sunday.

READ ALSO
#Bbnaija: What Mercy Has To Say About Esther and Frodd Relationship

Olumide - January 11, 2017 0
Toke Makiwa, Tiwa Savage among African Celebrities and Music stars seems to be unbothered by the Recession that hit the Most populous Black Nation...

Violette - January 31, 2019 0
Arsenal have completed the signing of Denis Suarez on loan from Barcelona until the end of the season, the club have confirmed. LaLiga champions Barca...

Olumide - December 6, 2018 0
DOWNLOAD MP3: TERRI – SHUU Starboy Terri, who is currently enjoying the spotlight off his debut single “BIA“, is currently working on a heavy follow-up. This new...