Nigeria International, Victor Osimhen have join Serie A side Napoli on a big money deal worth €50 million (£45m/$59m) from French side Lille. 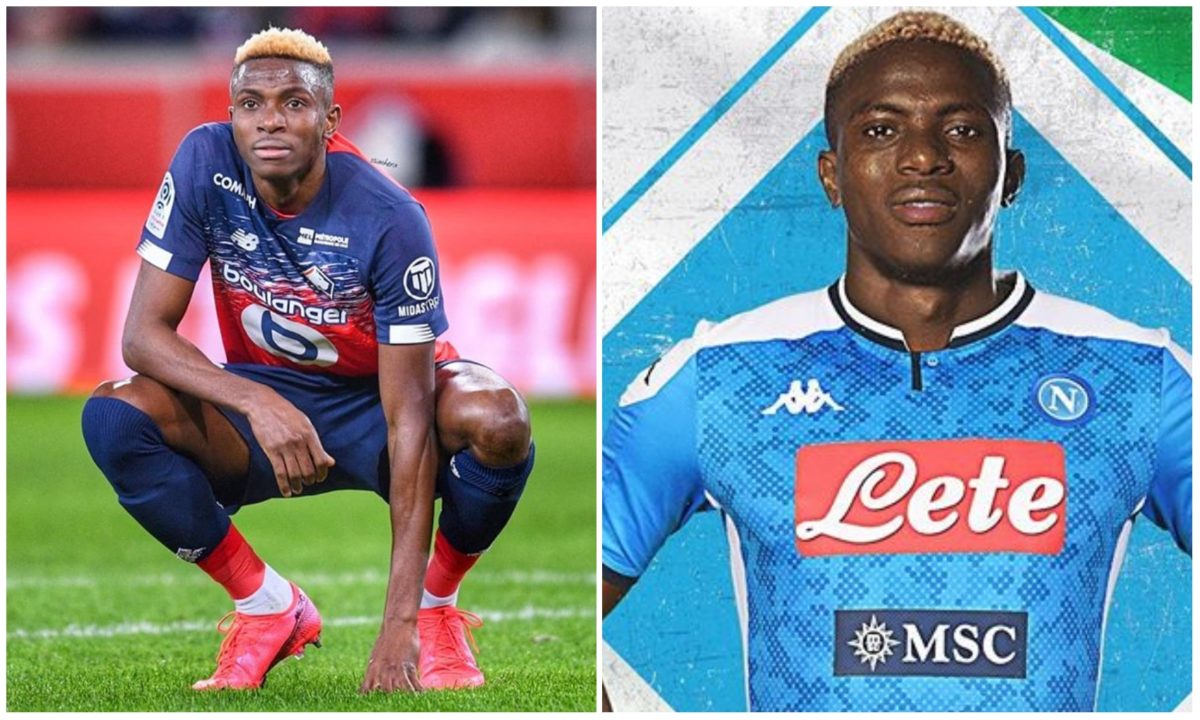 Victor Osimhen, who scored 18 goals in 38 appearances for the Ligue 1 side in the

goal scoring season, including Arsenal and
Liverpool , however he will appear in Serie

He first moved to Europe in 2017 with Wolfsburg in the Bundesliga, before

moving to Charleroi in Belgium, initially on loan and then in a permanent transfer.

He hugely impressed in Belgium with 36 goals in 37 appearances, earning him a

Osimhen will spearhead Napoli’s attack next season, as they look to return to the

Champions League having missed out this year.

The Neapolitan side will finish only seventh in Serie A, although they have guaranteed qualification for the Europa League group stage by winning the Coppa Italia.

Adedokun Moses - December 31, 2019 0
It's the last day of year 2019 and celebrities have taken to their social media pages to reminice on how they've scape through the...

Violette - August 18, 2019 0
A bomb has exploded in a wedding hall in the Afghan capital, Kabul, killing 63 people and injuring more than 180. The explosion happened at...

creebhills - April 16, 2016 0
The 34-year-old tennis Player has been in cool off mood for weeks now as now major competition is available until June which is the...

Eucharia Anunobi Sexy and Beautiful as she Attends the Peace beauty pageant and Peace...

creebhills - September 28, 2015 0
The Former Actress now turned Evangelical Minister was recently on the Red Carpet again after a sabbatical leave from the Cameras.  She was Attending an...