Popular fashionista and entrepreneur, Toyin Lawani have taken to her official Instagram Page to attack the fans who revealed that Dorathy was once a Runs Girl. 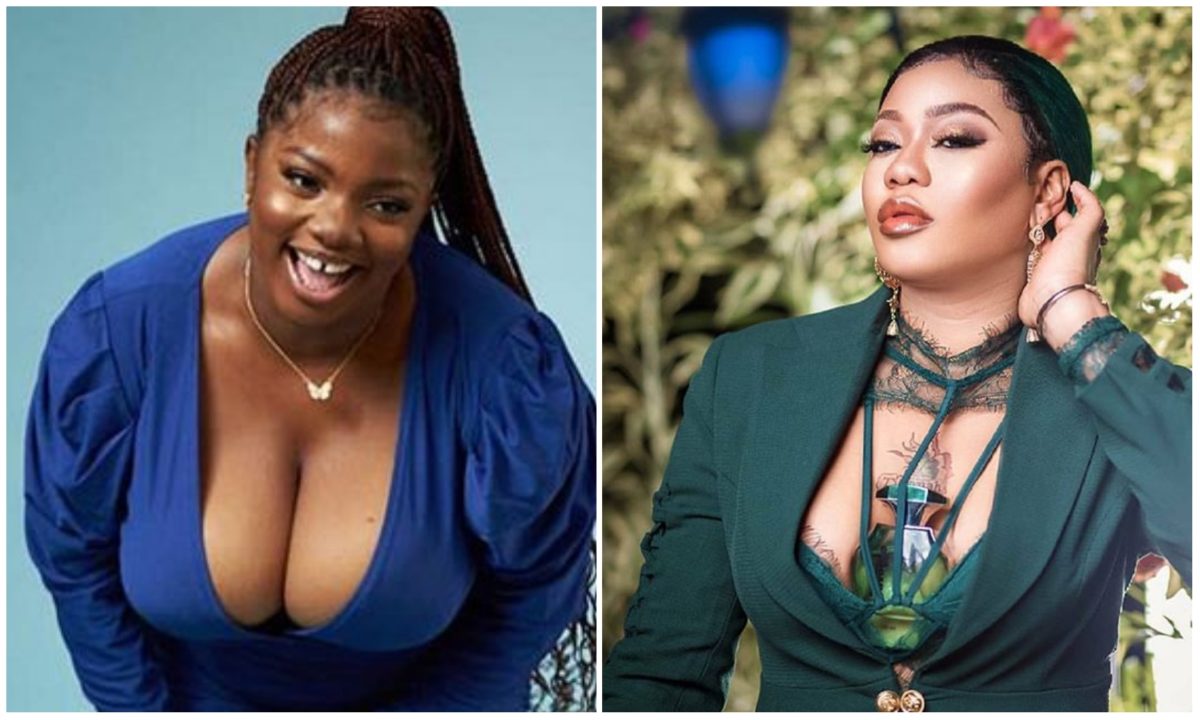 social media claim she’s a certified Runs Girl before her time at the reality show.

According to the female fans who insist on being a Runs Girl, Dorathy is a certified

could dream of trying her shot as the Big Brother Naija Show.

Though it’s been days since the claim was made, Toyin Lawani who seems pissed

with accusation attacked the fans as she shows her undying support for Dorathy.

against Dorathy as she noted that fans are blind and are not seeing the main runs girl.

According to the beautiful mother and award winning fashionista, Dorathy is

to weigh her down.

Toyin Lawani then pledged her undying support fof Dorathy before stating that she will be forced to reveal the main Runs Girl in the house as time goes on. 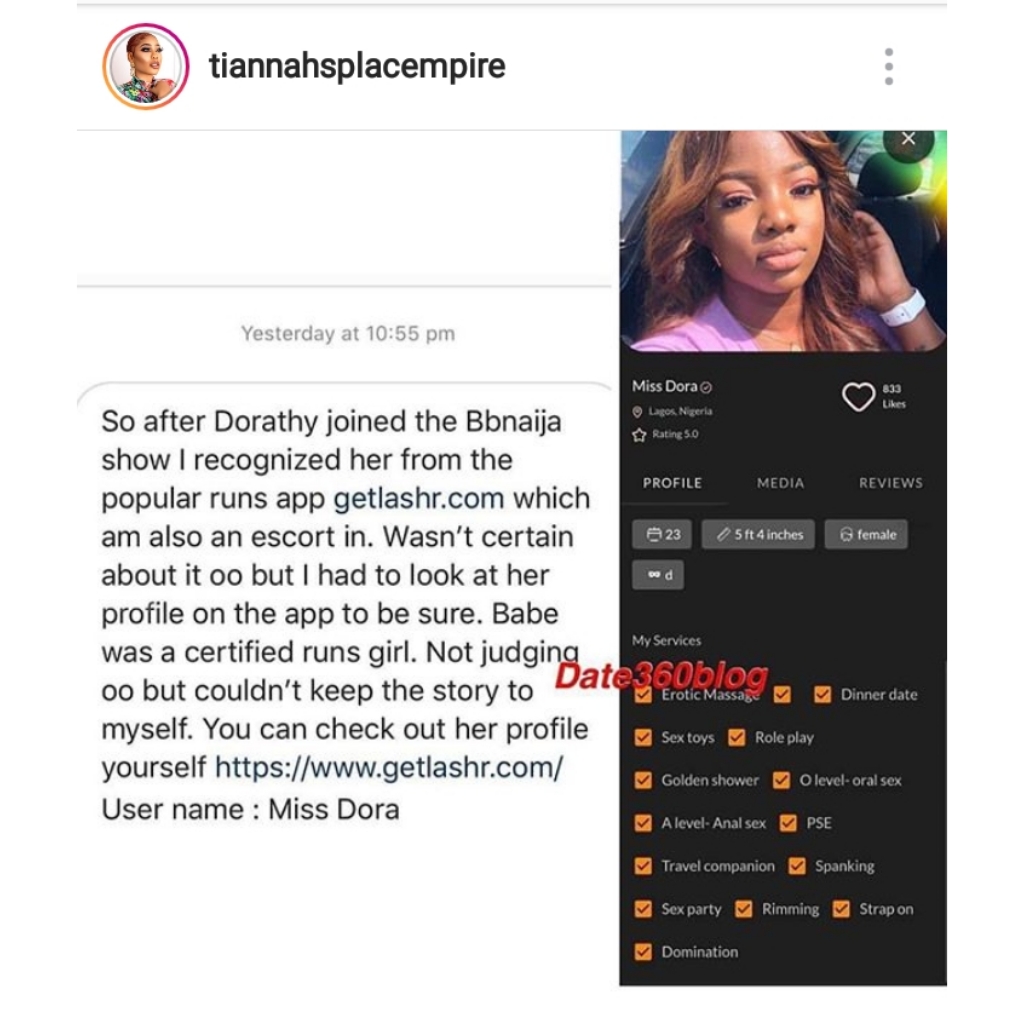 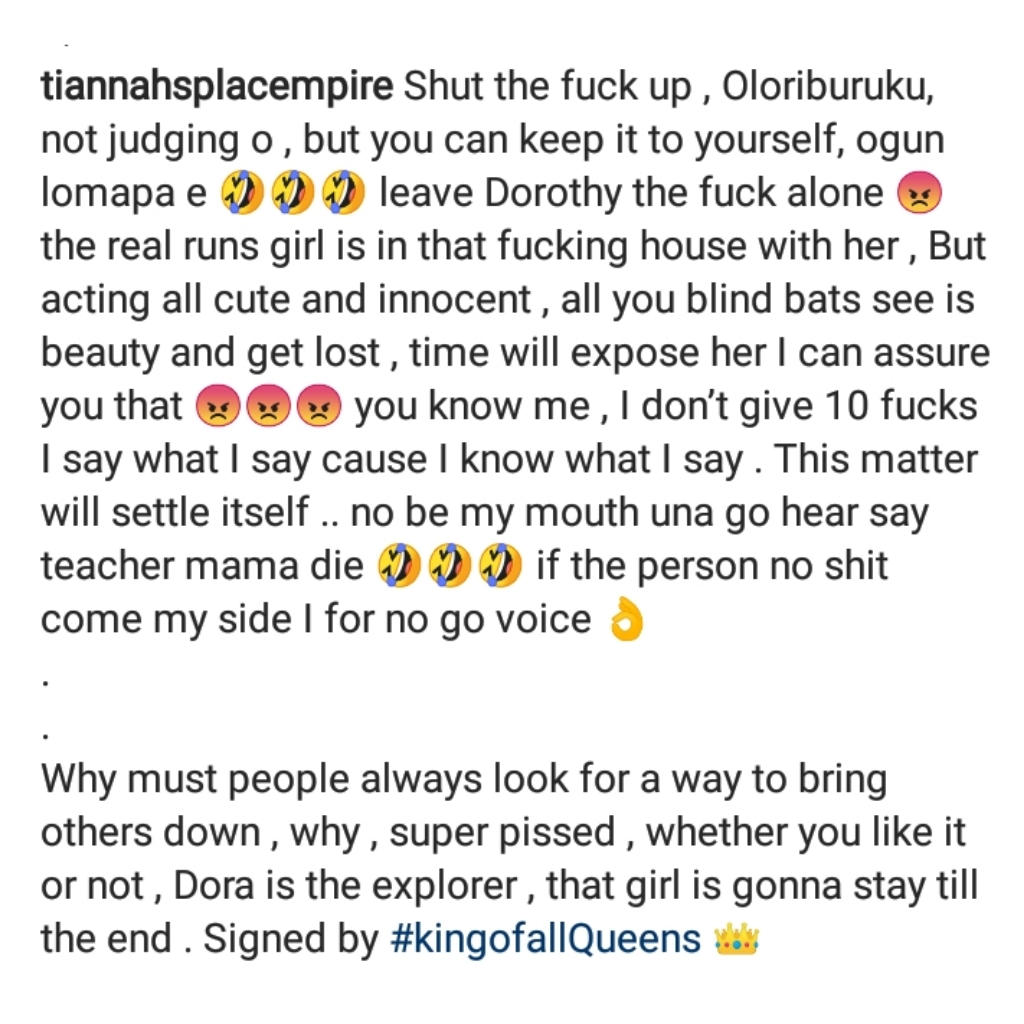 Dorathy have been gaining sympathy from top celebrities ever since the news went viral on social media that she was once a Runs Girl.

Violette - June 26, 2019 0
The All Progressives Congress in Ogun state has requested that the previous legislative leader of the state, Ibikunle Amosun, be captured and addressed for...

Nollywood actress says she will expose the assassin paid to kill her when he...

Violette - August 2, 2019 0
Popular Nollywood actress, Tonto Dikeh has been away for a while maybe because of Big Brother Naija or because of her supposed friend, Bobrisky....

creebhills - February 1, 2018 0
Following their engagement in October 2017,many expected Cardi B and Offset to tie the knot in the nearest future.But from their recent interviews, it appears there...

Violette - August 10, 2019 0
There has been so many issues concerning Brazilian International, Neymar Jr and his club team, Paris Saint German. The Forward is set to miss...

creebhills - July 9, 2017 0
All good things must come to an end, and that includes the dream run of Ernests Gulbis at Wimbledon. The former World No. 10...