A Lady records how she was molested when travelling in a bus by an old age man.

The issue of rose has been on since ever since the death of Uwa. 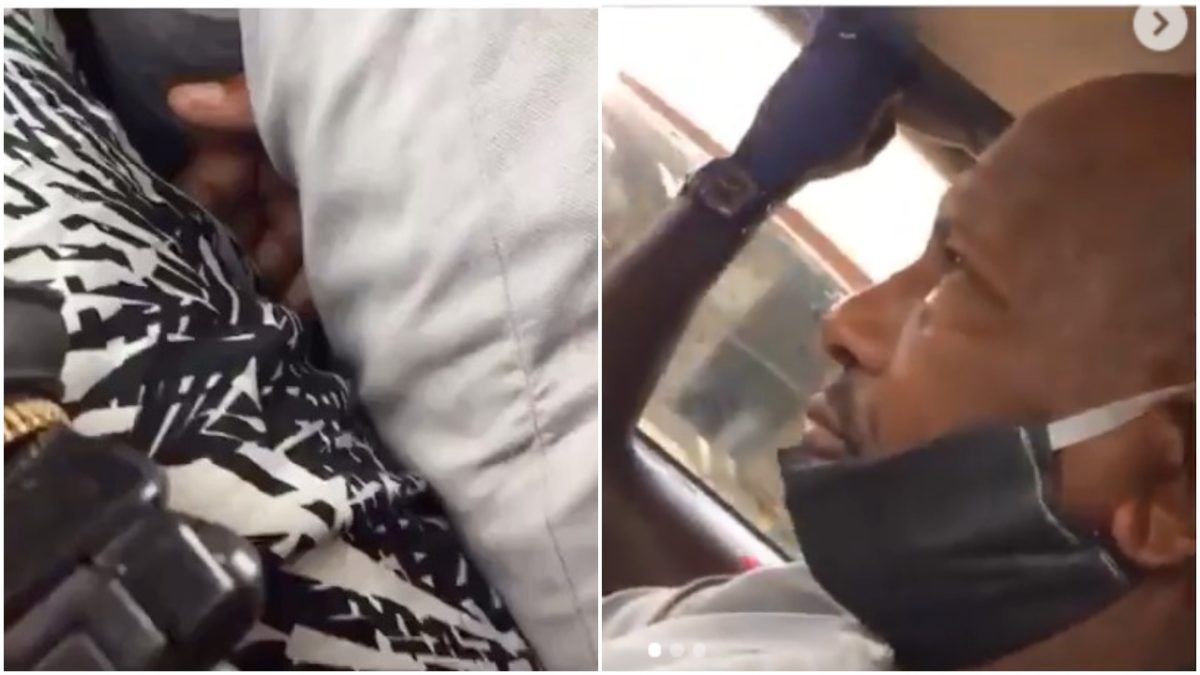 Who is a 21 years old girl in a church which is assumed to be the safest place.

Unfortunately he died and was murdered with fire extinguisher because she struggled for her life.

Many more of rape cases has been reported in the country and the law enforcement agencies say they are on top of it.

It will always go like this unless the masses raise their voices and cry out against rape.

What she is wearing, what she is putting on does not justify rape in any kind.

Where she is going to, whether night or alone is also not a criteria for raping and molesting girls.

The mindset of boys and men needs to be rewired back to normal.

This lady in the video was seen having much boldness and courage to record the man.

Many people also testify to similar cases of such. 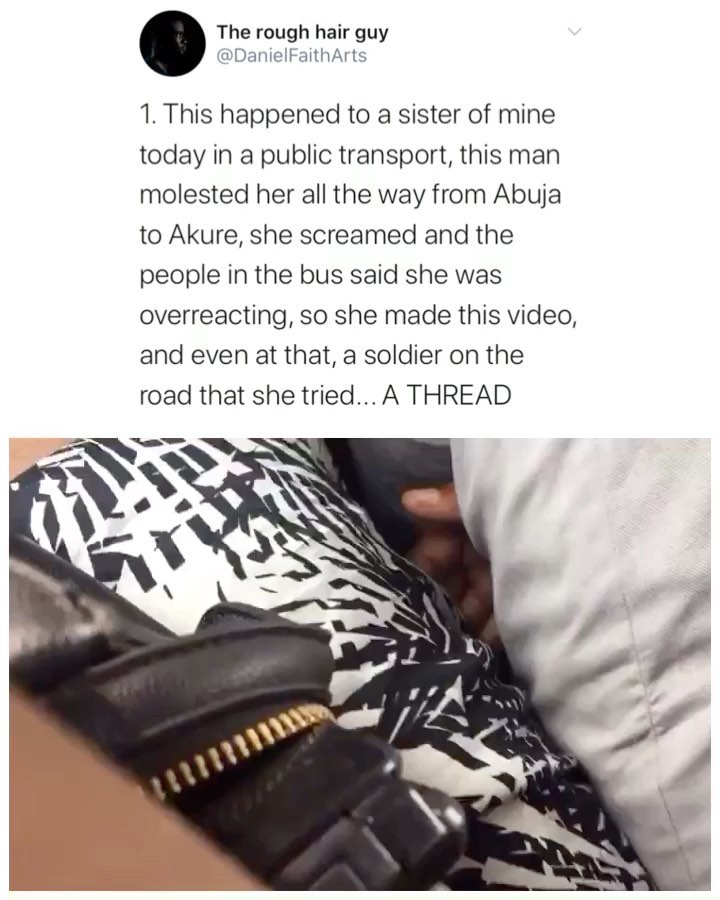 “Something like that happened to me I slap his destiny out he was speaking in tongues I didn’t even allow him explain”.

“Breast at home cos am bursty cos I don’t understand and no be say I wear revealing cloth o som of them are just animals with human skin.” Someone says.

Watch the video of how the lady was molested below.

Lady records how she was molested by an Old man in a bus#SayNoToRapist#BlackOutTuesday#BlackLivesMatter pic.twitter.com/TMnlfYxZZ1

Korra Obidi uploads beautiful picture of her family, before and after pregnancy

Violette - October 13, 2019 0
Getting back a beautiful shaped body is not an easy journey for most pregnant women but not for peace like Korra as she looks...

Violette - September 17, 2019 0
Nollywood Actress, Susan Peters, have been through though times in the past few weeks. The actress who lost her dad about a month ago...

Adorable Photos From 9ice’s Wedding Engagement With His babymama, Olasunkanmi

Olumide Oluwaseyi - January 19, 2018 0
President Muhammadu Buhari on Thursday approved a television licence for the University of Lagos (UNILAG TV). This was disclosed after a meeting with the Special...

Chrissy Teigen hits out on her commenters, says she is not pregnant with twins,”Get...

Olumide Oluwaseyi - October 19, 2015 0
Chrissy Teigen revealed that she is not having twins on TwitterCredit: Gregg DeGuire/WireImage Just barely 24 hours after she posted pics of her baby bump...