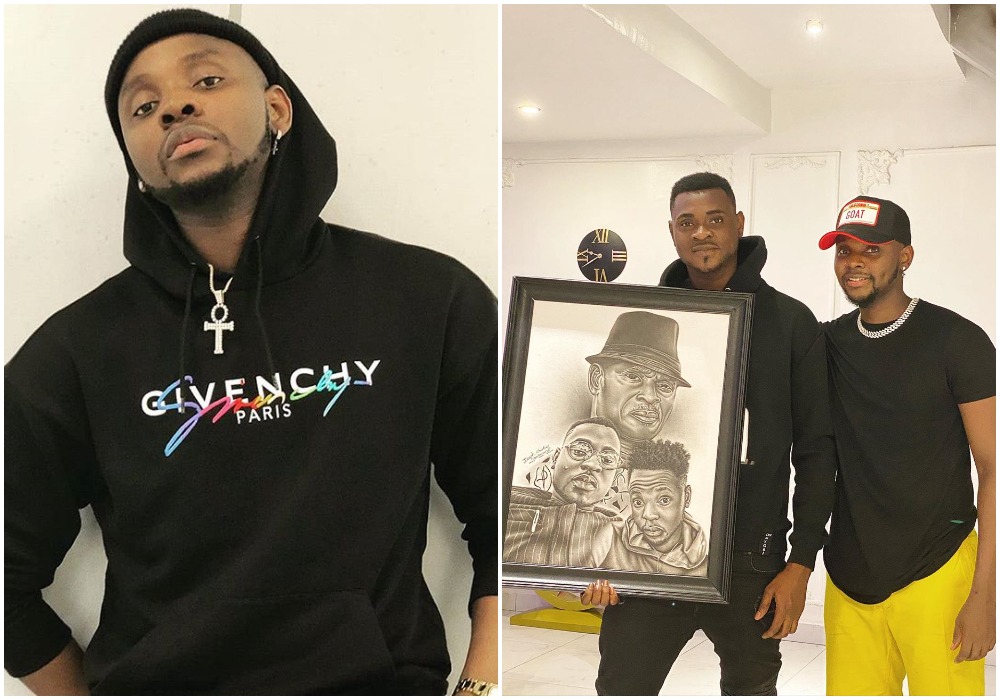 Kizz Daniel posted a Photo of him self along with a portrait picture of him , his late Dad and Sibling done by an artist.

The Jaho Singer has been on the low radar for some months now, his last body of work was a collaboration with Adekunle Gold in a song titled Jore.

Kizz recently announced that he will be dropping another EP/Album in the coming day which has 8 tracks on it titled King of Love.

His last Album was released in 2018 titled No bad songz with a 20 tracks , and every single song on that  album was a hit.

Since 2017 Kizz Daniel has been in a Legal battle with his former record label whom are suing him over hundreds of million in contract bridge have stopped him from using his original stage name Kiss Daniel.

Adedokun Moses - January 29, 2020 0
Investigators have recovered all bodies and key pieces of evidence from the scene of the helicopter crash that killed Kobe Bryant and eight others...

Olumide Oluwaseyi - May 14, 2017 0
The ogere papa one of Bayelsa state singer Timaya whose real name is Alfred Inetimi Odon revealed to sunday scoop that he loves the...

Nicki Minaj is single again, Boyfriend Dumped Her Back With His Baby Mama!!

Olumide Oluwaseyi - January 12, 2019 0
Nicki Minaj is single again – according to her estranged boyfriend’s baby mama Nicki and Kenneth seemed like a great couple. They were both smart,...

Violette - September 2, 2019 0
The popular radio host is not just coming for your necks, she’s breaking them! Nigerian Radio and TV Personality, Toke Makinwa, has once again...