Two giants football club, Barcelona and Juventus are about going into swap deal. 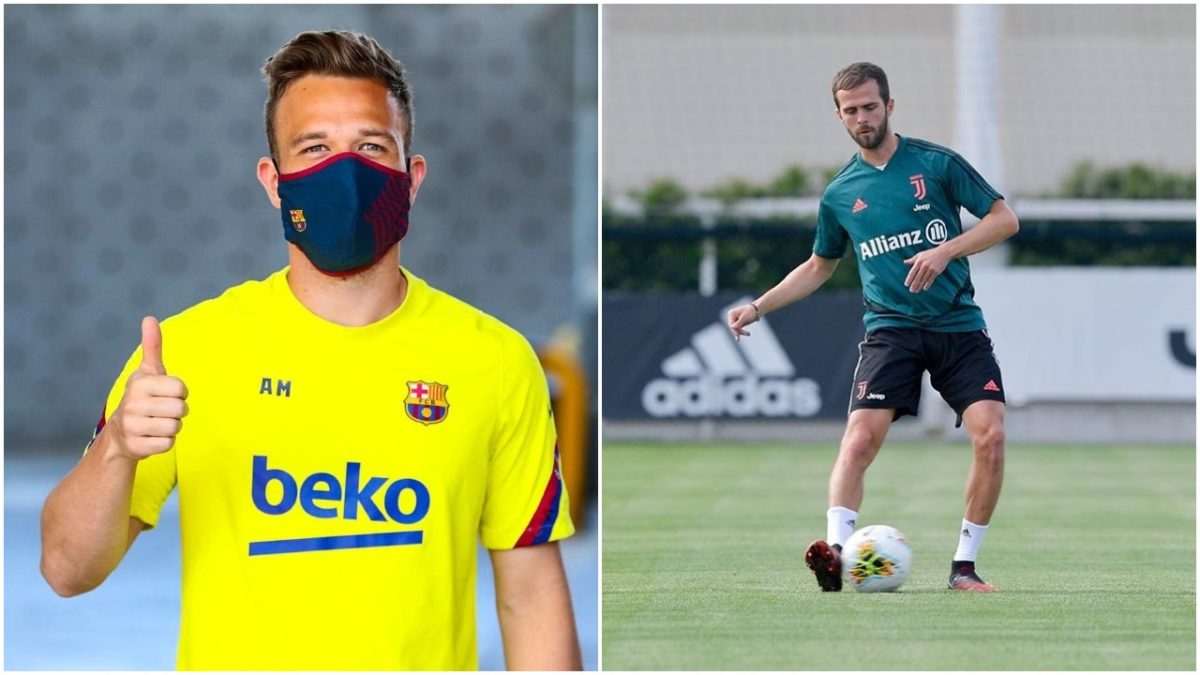 The Spanish football club has been in nice conversation and negotiation

With the famous Italian football club, Juventus over the shocking swap deal.

Barcelona who won the the league for the last season wants to have the Juventus player, Pjanic in their team.

They are looking for deal that will not cost them too much but yet give them what they want.

Next season which will be somewhat competitive, all the football team in Europe are bracing themselves.

Since Juventus wants to release Pjanic to them, they also want something in return.

They have requested for their prolific and midfielder starlet, Arthur Melo in return.

This has not gone well with the Barcelona fans because the midfielder is promising.

And the boy has been making good things out of the time he has spent with Barcelona.

The only major difficulty is if both players resist the move from their respective clubs.

The Barcelona midfielder and star player wants to stay at the club but he gets no choice.

Check out the statement below.

Juventus and Barcelona have agreed to a swap deal involving Arthur and Miralem Pjanic this summer, according to Italian newspaper @repubblica pic.twitter.com/762dKqsUMF

Olumide Oluwaseyi - December 28, 2015 0
The Sport Illustrated Woman of the Year, posted the Photo Below on her Instagram Page two days ago. The 21 Times Grand Slam Winner got...

Chelsea fans not happy with Lampard after first match; wants him out

Violette - July 11, 2019 0
Frank Lampard’s first game as Chelsea boss ends in a 1-1 draw as the Blues conceded a late equaliser to Bohemians and some fans...

Rihanna stylish in a white Top and Checked Trousers as she visits School in...

Olumide Oluwaseyi - January 28, 2017 0
The work work work!! singer is was in Malawi putting in some social Service work as she was Photographed in a white Top and...

Eddie Andy - May 1, 2018 0
At home, President Muhammadu Buhari seizes every opportunity of his irregular public appearances to harp on Nigeria’s dwindling oil revenues. At some point in...

Violette - August 26, 2019 0
Nigerian music star, David Adeleke popularly known as Davido, has acquired a new Lamborghini Urus worth 106 million naira and is faced with an indecision...