Nicki Minaj is the biggest name on everyone’s mouth right now as she finally achieves her long over due #1 hit on Billboard hot 100 after over 10 years. 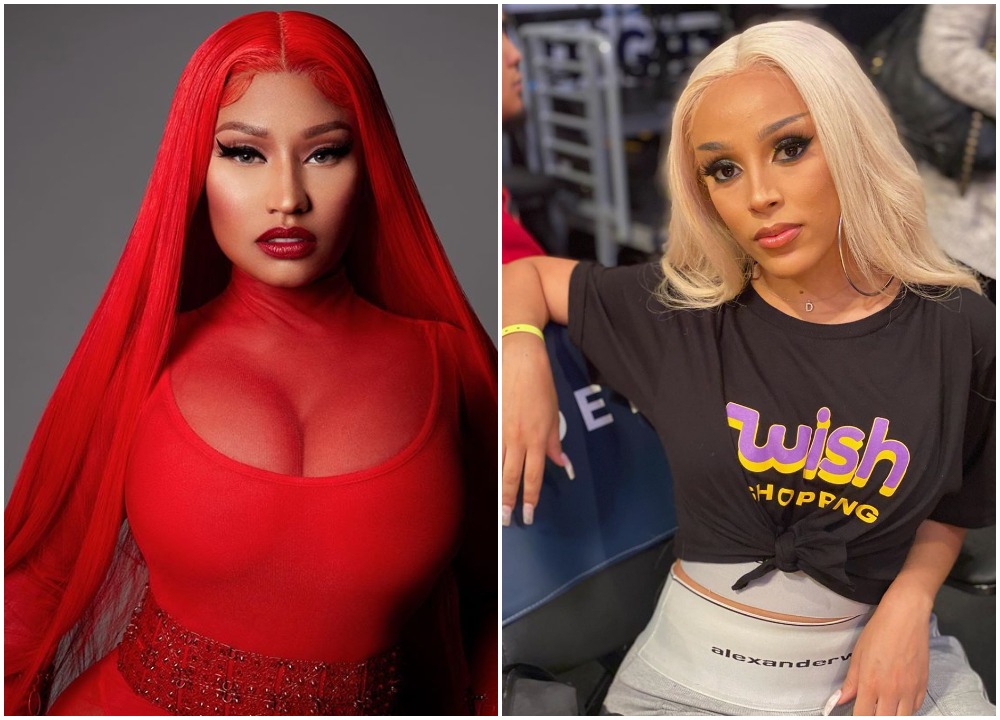 despite her countless massive rap song hits non ever made it to No.1 on the hot billboard 100 charts.

As a matter of facts she has been tagged queen of the #2 for year and things got a lil ugly when Cardi B got that #1 on billboard just in her first full year of musical rap hit songs.

cant hold back their Joy, they have been posting all the records Nicki Minaj has set and

broke in the Music industry over the last decade and they are just simply astonishing.

Kindly take a moment to see some reactions we pulled from twitter below :

READ ALSO
Davido's Girlfriend, Chioma Hangs Out With Her Sister And Davido's Lawyer 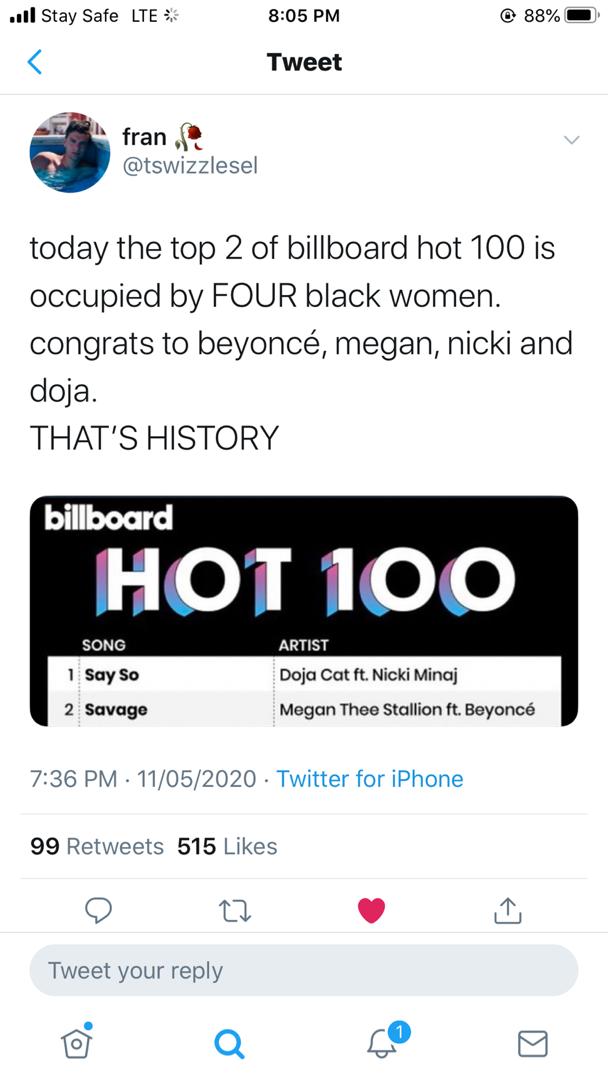 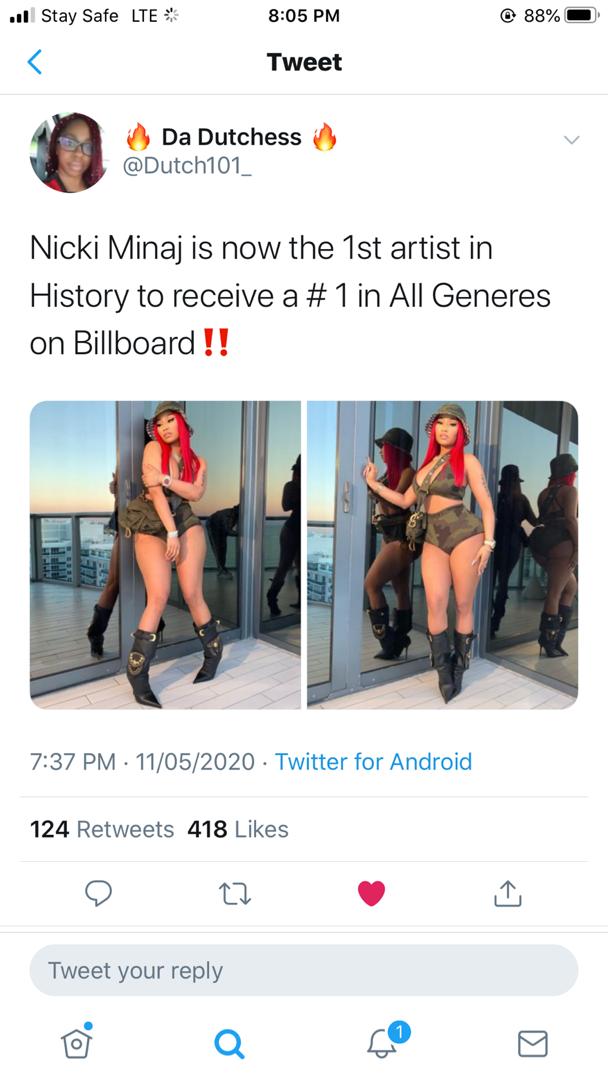 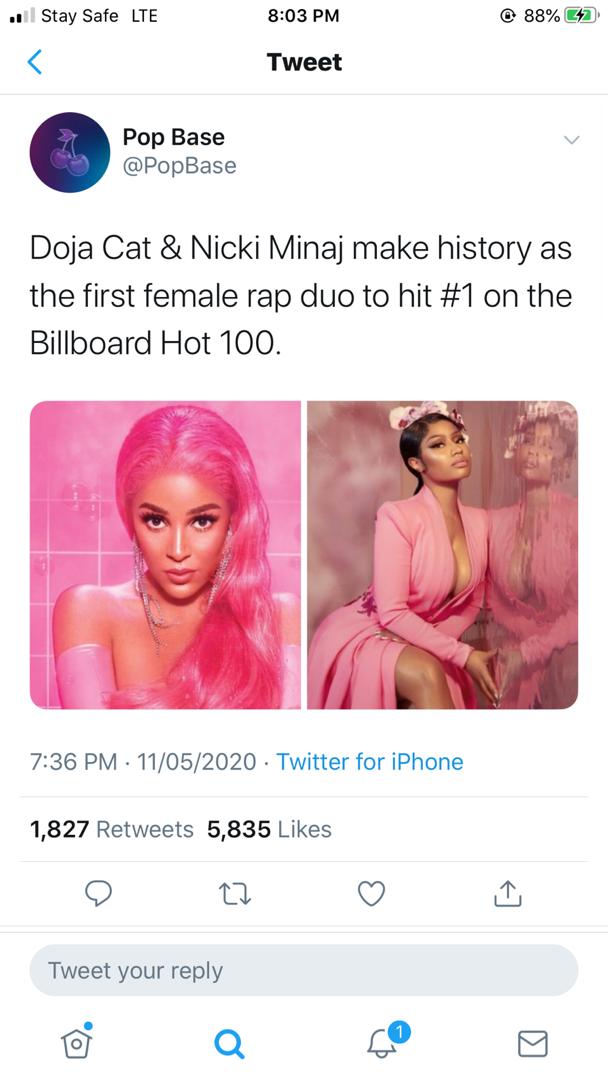 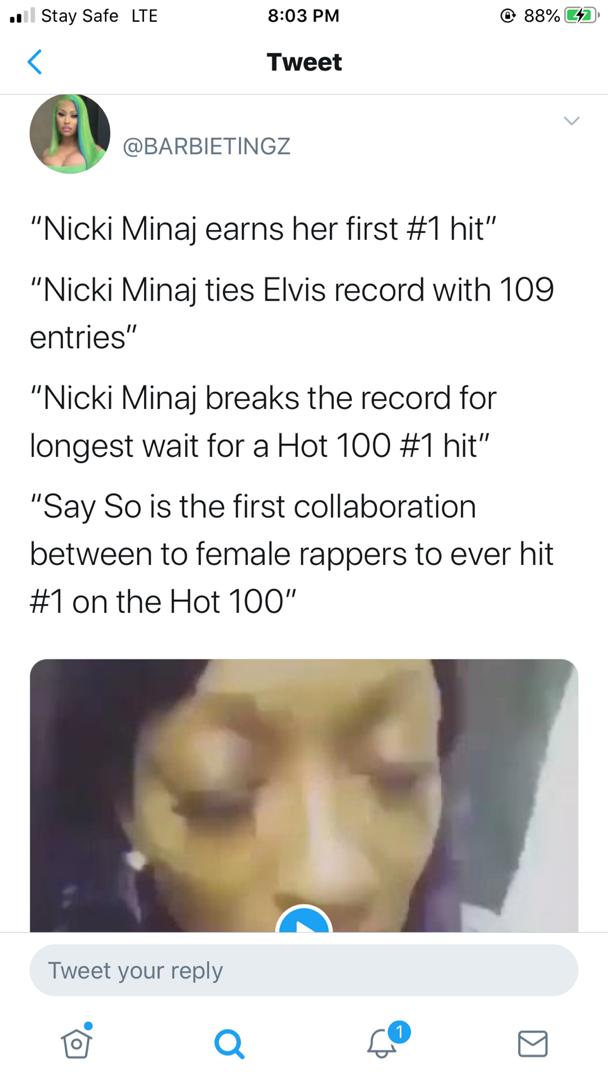 “I don’t know how I Have been doing it on these Twitter streets of...

Adedokun Moses - December 16, 2019 0
Multiple award winning singer, Yemi Alade has taken to her Twitter handle to thank God as she stated she does not know how she...

Olumide Oluwaseyi - October 28, 2018 0
Actress and Instagram star , Andrea Owusu who is widely known as Efia Odo in a recent interview has disclosed how it has been...

Olumide Oluwaseyi - February 13, 2017 0
The 59th Grammy Awards is here and right now everyone is already settled into their Seats at the Staples Centre in LA for the...

Breaking : Tunde Ednut Is Living Illegally In The US – Kemi Olunloyo claims

Olumide Oluwaseyi - January 20, 2019 0
Kemi Olunloyo in a new Instagram post, claimed that she has a full dossier from a US immigration snitch that Tunde Ednut is living...

Ghanaian actress Efia Odo says Black people hate each other more than any other...

Violette - July 7, 2019 0
Efia Odo took to Twitter to lament over the hatred she said black people have for each other, as she also rhetorically asked whether those...