The popular and former Justice of Supreme Court of Nigeria, Hon. Justice

Adolphus Karibi-Whyte had just died at the age of 88. 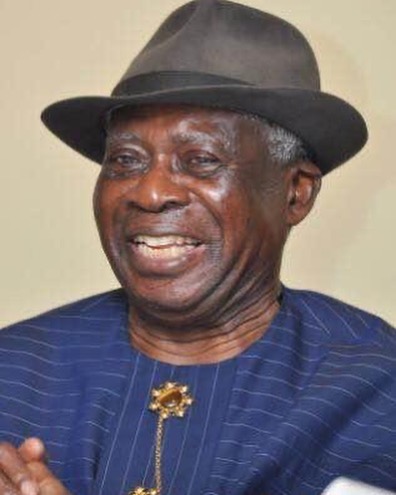 The late jurist was a very good example to other people  in the same field.

Also he is a fountain of knowledge and a Professor of Law who hails from Abonnema, Rivers State in the southern part of Nigeria.

It is of no doubt that this man was courageous to talk against lies and deceit with majority views while he was in the Supreme Court.

Let’s take a quick view of what he has done for Nigeria and her citizens.

READ ALSO
Saudi women to be allowed into stadiums from 2018

Some of judgments  include Government of Gongola State v Tukur (1989)

This country has indeed lost a great leader in the field of justice and to get a recovery will be almost impossible.

The scholarly retired Justice of the Supreme Court of Nigeria died at about 6.30 PM in Port Harcourt.

Professor of law died not from Coronavirus but from heart-related complications.

According to Gogo Karibi-Whyte, his eldest son and also a Lagos based lawyer, spoke on the passing last night of his father.

He was from Abonnema, in Akukutoru Local Government Area of Rivers State.

He is indeed a man that this country has lost and to find someone like him again will be scarce.

May his gentle soul rest in perfect peace.

Violette - June 25, 2018 0
One of the daughters of the late afro beats legend Fela Anikulapo-Kuti has shared a seductive photo to mark her 35th birthday. Motunrayo Anikulapo-Kuti, who...

creebhills - September 20, 2018 0
Angel Christopher, the quite curvaceous Nollywood actress, is not letting her guard down despite all the excessive offers she’s been getting from men who...

ADMIN - July 20, 2020 0
One of the Former Big Brother Naija (BBNaija) 2019 housemate, Jackye Madu, has taken to her social media page, instagram in particular to share...