of her and former BBNaija Housemate Teddy A on her Instagram Page. 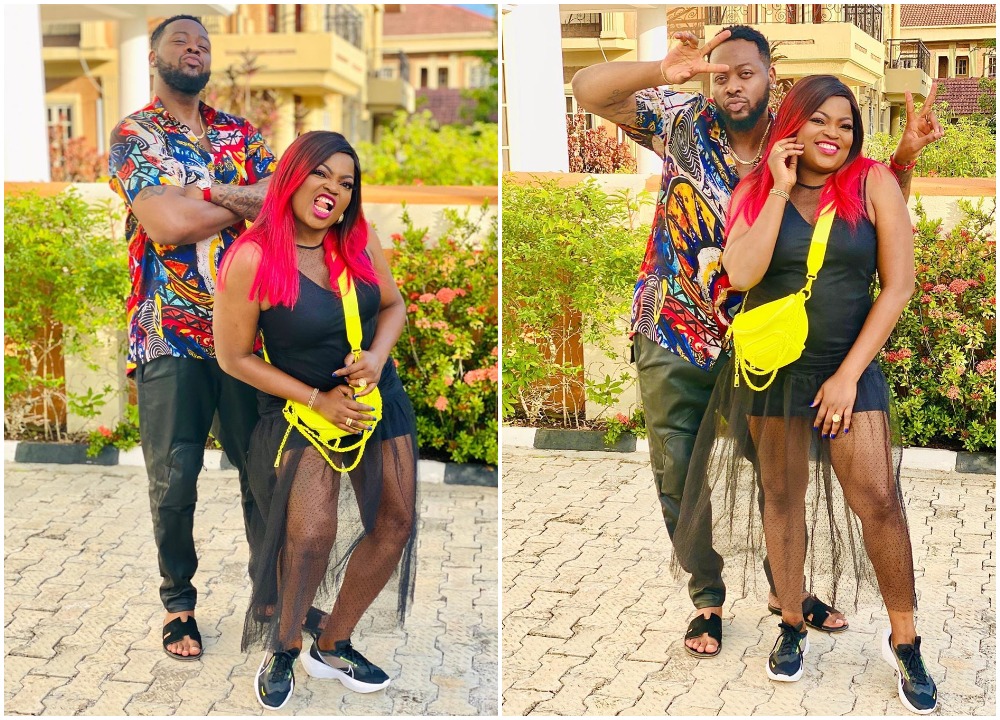 for the father of one Teddy A and his vibe.

Distancing order under the COVID-19 law.

get her arrested of which she was convicted and sentenced to 2 weeks community work.

and the Nigerian Police Force including the Justice System of Lagos State as Clout Chasers.

Social Distancing in practice the same offence Funke was arrested for.

See more photos below as Funke Akindele shares fun times with Teddy A: