Home Sports Football Dortmund put on a show as they thrashed Shalke 04 in 4...

Dortmund put on a show as they thrashed Shalke 04 in a 4 goals thriller.

Everyone around the globe especially football lovers have been pained about how they can not view matches. 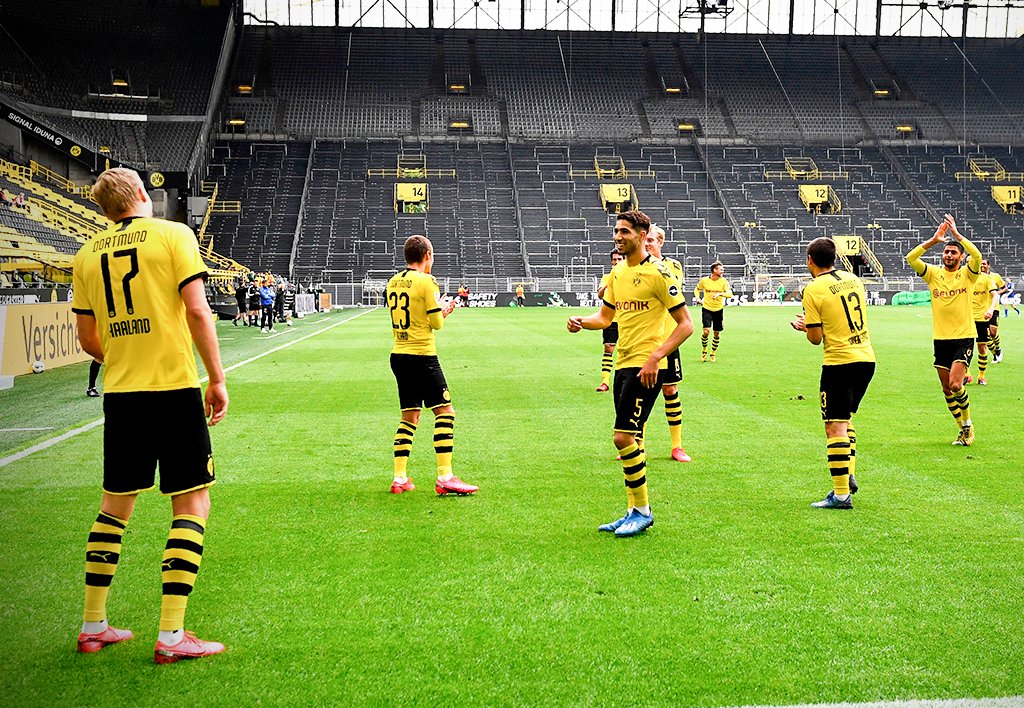 It was made known to football fans after COVID-19 was infected with some players.

Also, the countries head and leaders had to stop gatherings to minimize the spread of Coronavirus.

Everyone has been managing either with games or Netflix. Sometimes, other people are engaged with visual content online.

Many of the players even go on to play video games. And some people are smart enough to start personal training in their homes.

Eden Hazard, Jack Wilshere, Jude Ighalo and Morata are some of the examples of players that really worked personally to be better.

The two football rival and giants, Cristiano Ronaldo and Lionel Messi are all part of football players that trained hard to be better when they get back on the pitch.

Some infected players in Italy got on their feet back successfully and everyone is happy for that.

And now, Germany authorities have deem it fit to allow football lovers to enjoy themselves again

Although it is behind closed doors. This doesn’t stop lovers to enjoy with live scores or better still live stream of the matches.

The match came in as shock as Schalke 04 was defeated with 4 goals to nil in a post match. This is going to be lovely.

Thorjan Hazard, a junior brother to Eden Hazard who plays for Borussia Dortmund also scored the first goal of the second half of the match. This is lovely.

Football fans will love this kind of feeling again as Germany has set the pace for other football federation as example.