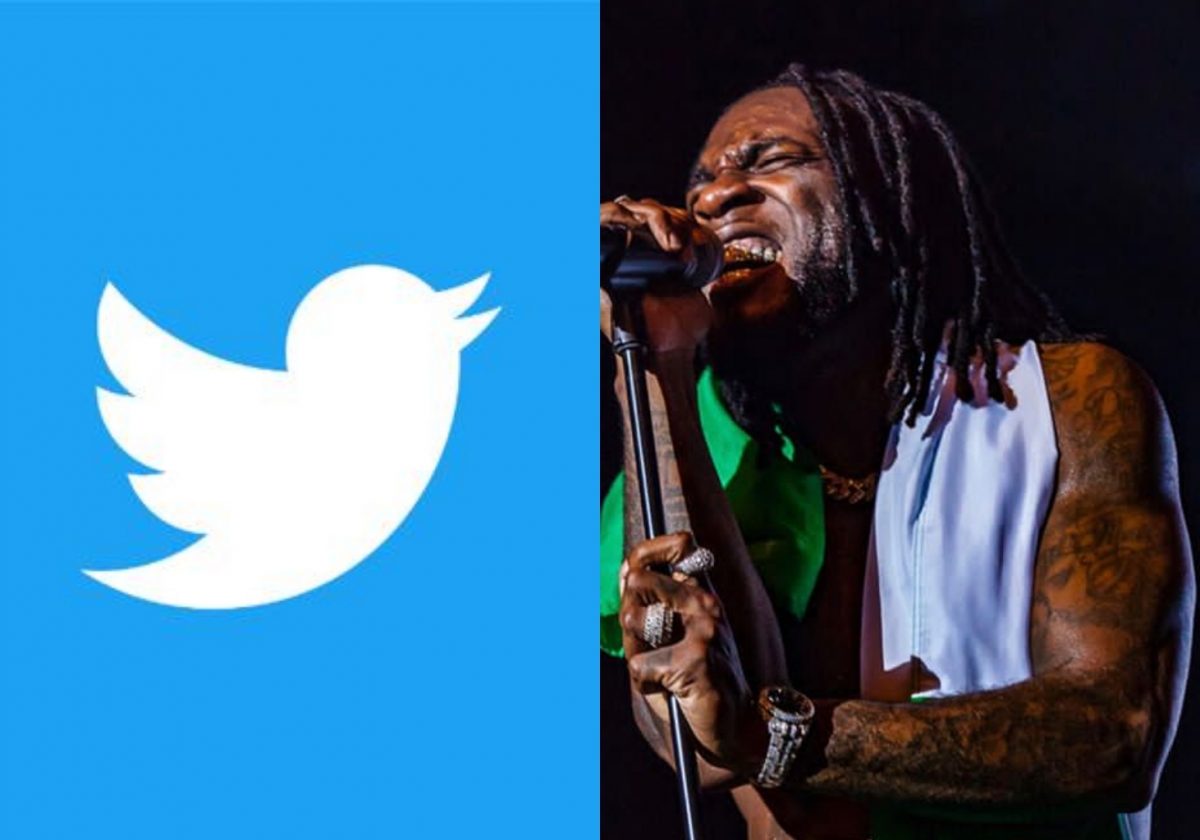 However, Burna Boy has noted that he will be quiting the platform after coming under

the microscope in recent days.

However, Nigerians on Twitter came hard on Burna Boy as they slammed him for making such comment about Reekado Banks.

With the topic still trending on social media, Burna Boy via a post has stated that 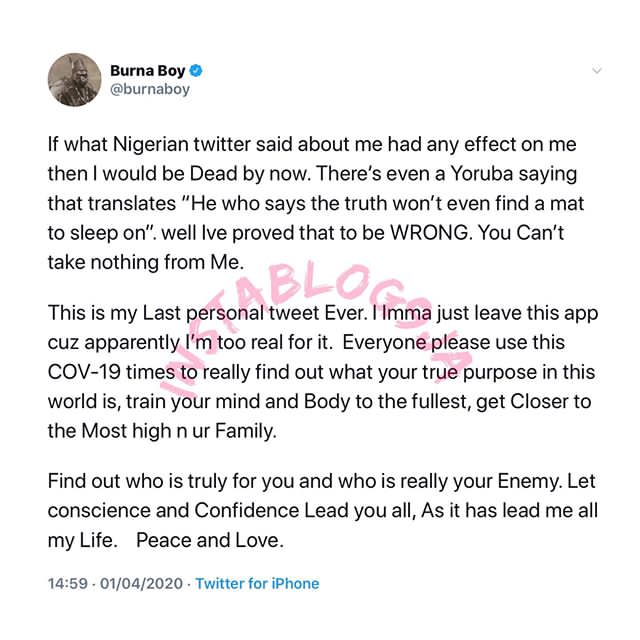 microscope ever since he lost the Grammy Award to Angelique Kidjo earlier this year.

stated that nobody paved way for him in the industry.

Burna Boy was dragged by fans on Twitter for making such statement however he insisted that nobody except from his family members and Fela Kuti paved way for him.

artiste Nigeria has ever seen.