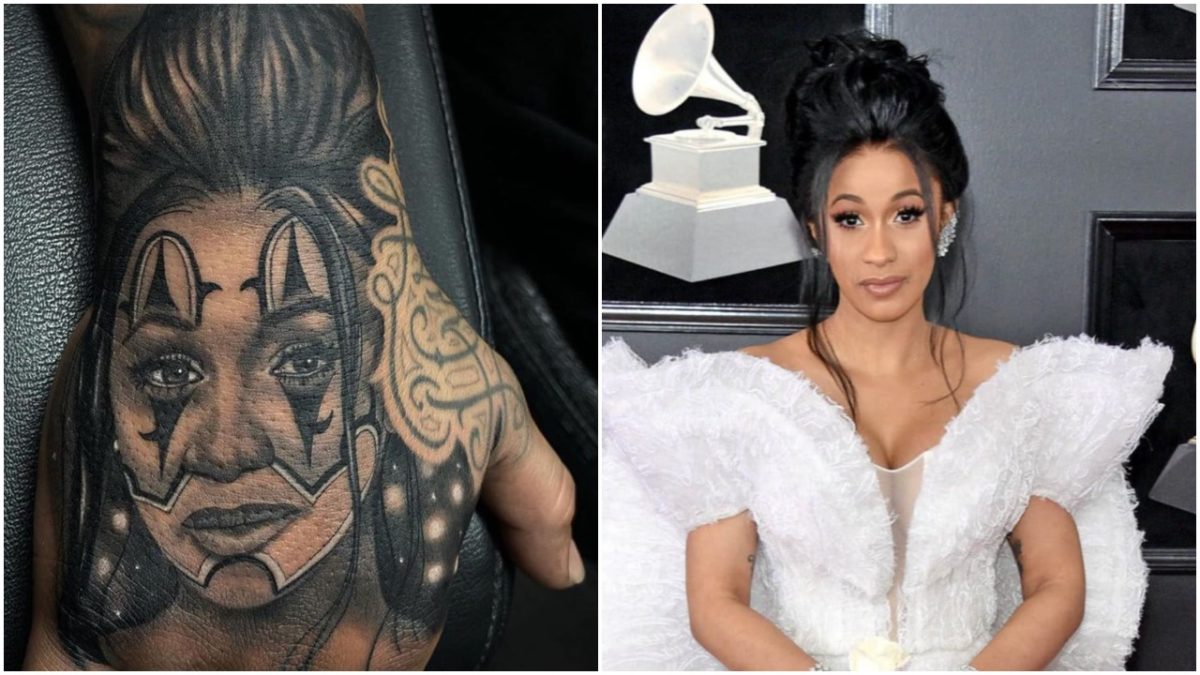 The favourite American rapper, singer and music star, Cardi B has appreciated one of her fans that tattooed her image on her hand.

Offset’s wife was seen on her Instagram page to appreciate a fan that gets her image tattooed on her hand.

She said she feels loved and appreciated for such an honor to be tattooed.

The caption has generated a lot of comment from her fans all over the world. Some where happy and excited about but it while some people frowned at the caption of such a music star.

Recently, she came to Africa; Nigeria and Ghana and she was well reception on her arrival.

Cardi B could have been releasing a new single soon. Last month, she previewed a new song while out at a club and hinted that it would have been out sooner than later.

But due to the current coronavirus pandemic that’s swept the world, these release plans have been put on a delay.

Olumide - December 29, 2017 0
Kim Kardashian hit back at critics after they slammed her for working out while nearly six months pregnant. The 33-year-old reality star showed off her...

BBN – Khloe opens up on her battle with depression

Olumide - October 22, 2018 0
Ex-Big Brother Naija housemate,Khloe has opened up on battling depression for five years. According to her, it usually sets in when her birthday approaches. She wrote: Its 7days to...

I used to borrow phones to record- Rapper Kwame Dame