A video of Davido trolling people with freestyle rap has surfaced online. 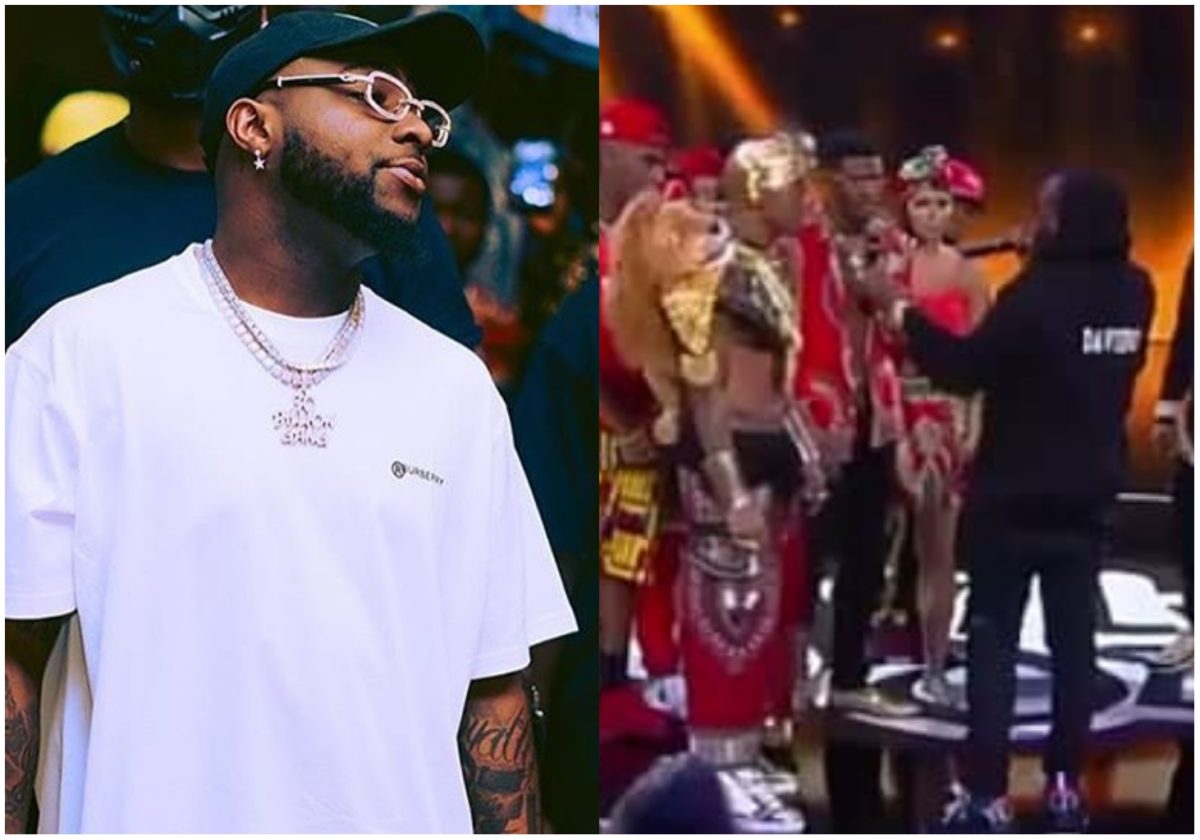 eyes were on him as he delivered a masterclass performance.

Known for his energy and good vibes,

Davido dissed all participants at the show with his good lyrics and contents.

Excited fans who just could not hide their emotions yelled as the ‘Wonder Woman’ crooner showed why he’s regarded as one of the best in the entertainment industry.

Davido have started the new year on a good note with his album ‘A Good Time’,

To celebrate the milestone, Davido was presented a portrait during a dinner hosted

girlfriend, Chioma who also silenced a troll who tried to put her in the baby mama zone.

but she shunned the troll in a stunning manner by affirming that she’s a wife and not a baby mama.