including the celebrities are taking necessary precautions. 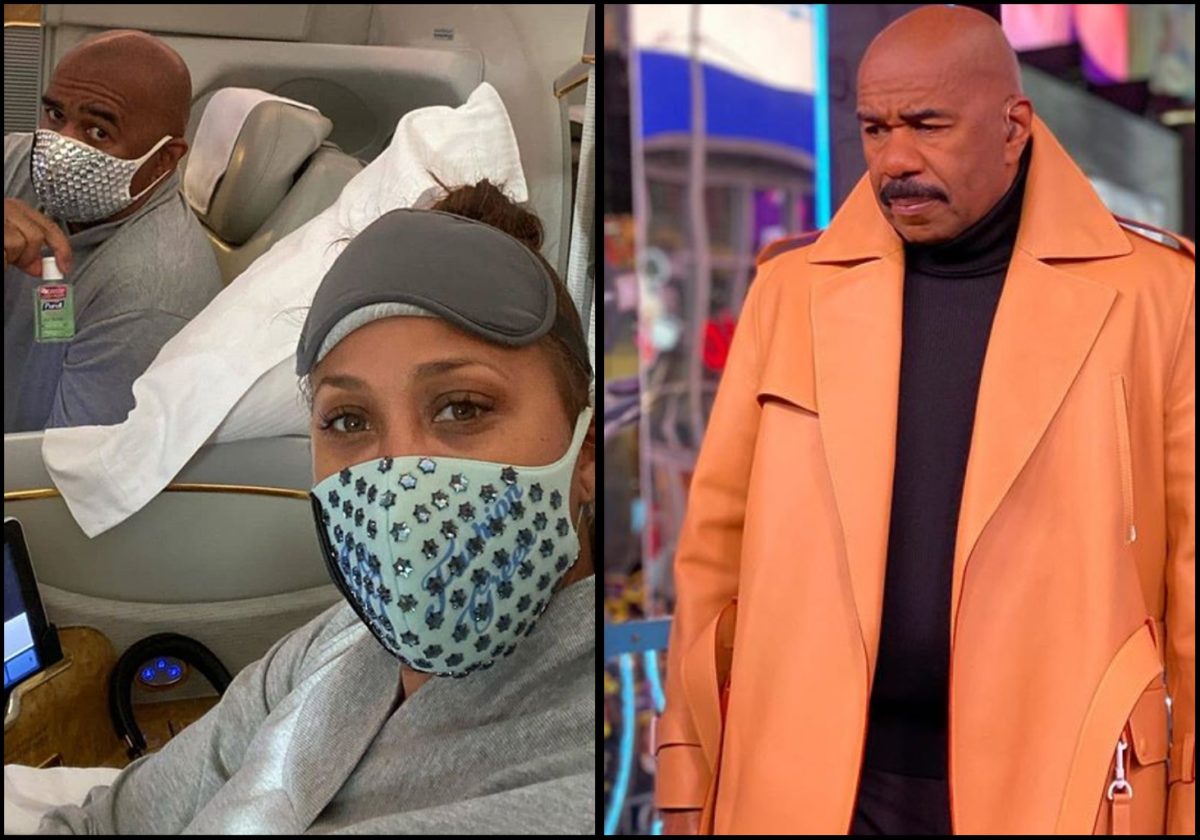 from getting infected in all possible way.

Popularly known for being the host of the Steve Harvey Morning Show, Family Feud

and the Miss Universe competition, the Harvey’s shared the picture of themselves

using the face mask which is meant to help prevent the virus.

In order news, the World Health Organization has revealed that the deadly

A WHO spokesperson said the outbreak, which is ‘teetering on the edge of

becoming a pandemic, was getting bigger’ and could well reach ‘all countries’.

Christian Lindmeier, a spokesman for WHO, said at a news briefing in Geneva: ‘The outbreak is getting bigger.

‘The scenario of the coronavirus reaching multiple countries, if not all countries around the world, is something we have been looking at and warning against since quite a while.’

situation’ and suggested the epidemic was at a tipping point.

‘This virus has pandemic potential. We are actually in a very delicate situation in which the outbreak can go in any direction based on how we handle it.’

the Netherlands, Norway, Northern Macedonia, Nigeria, Pakistan and Romania among others.