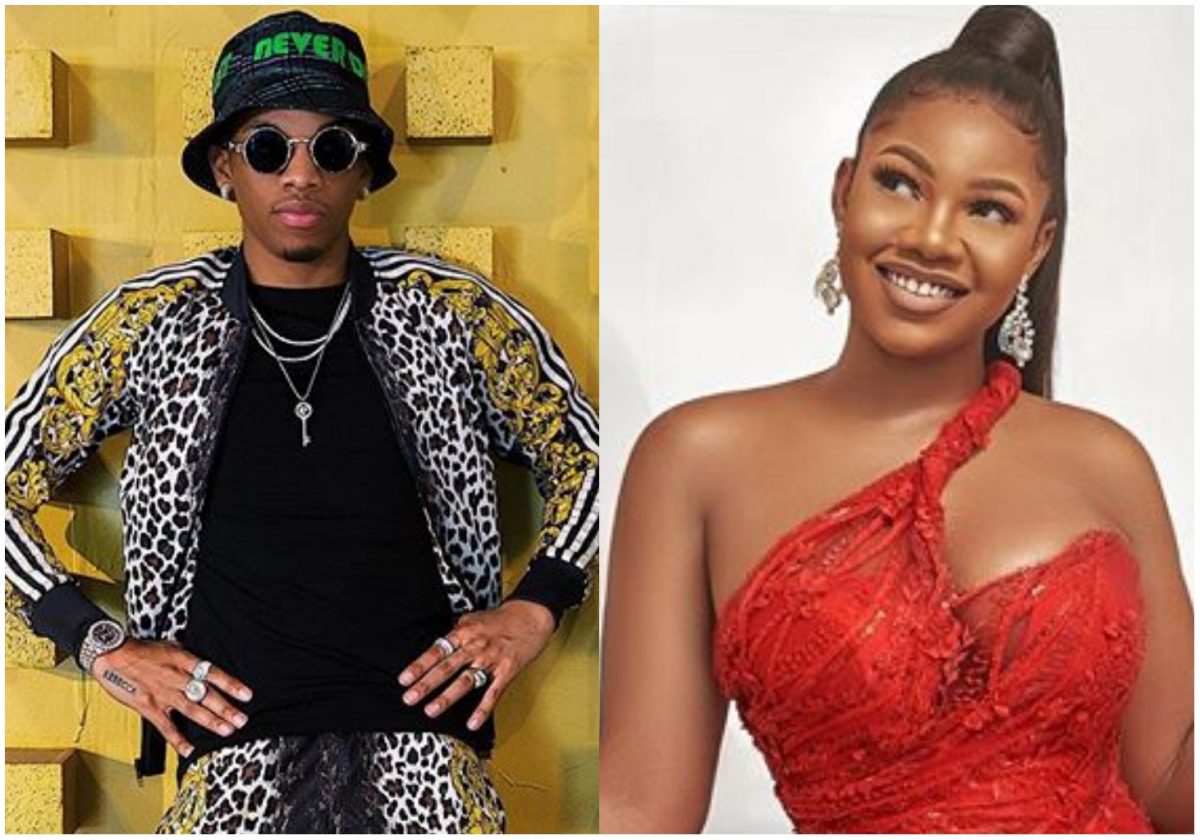 Social media have been responsible for many hook-ups among celebrities

been trending on Twitter for tweeting about themselves in a romantic way.

However, the romance now seems to have gone further as they’ve taken it to Instagram where they’ve continue the trend.

Tacha who seems to understood him answered by replying ‘Yes’ followed with an emoji of love. 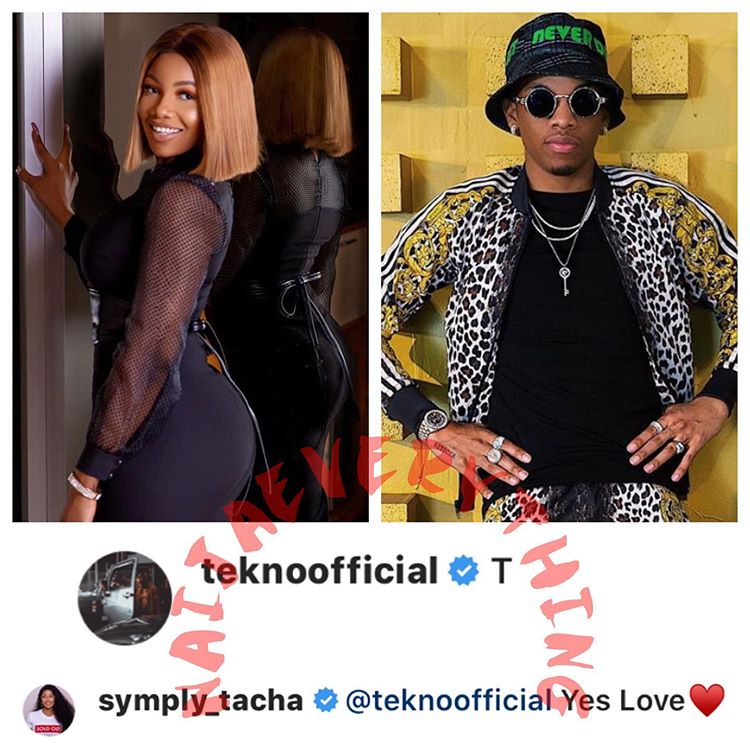 Now that Tekno shoots his shot at Tacha, the reality star who have been flaunting her boyfriend, King Ladi might be putting her fans in suspence.

Still on Tacha, the controversial housemate who was disqualified during the fourth

edition of the big brother naija show have been making a name for herself with the new initiative she just started.

Tacha kick started her new project which she called PEG, (Pad for Every Girl), where she has been distributing free sanitary pads for female students in schools.

The reality star have been visiting schools where she lecture them on Menstrual Hygiene Management.

Tacha has revealed that the aim of the project is to improve girl child education and their personal menstrual hygiene.

Violette - August 28, 2019 0
Yoruba actress, Nkechi Blessing Sunday earlier this year was engaged by her fellow actor, Elijah Tolulope Rotimi. She later denied the rumor as she...

“People Are Trying To Shoot The Messenger Not The Message” – Falz

creebhills - June 6, 2018 0
This Is Nigeria video released by comic rapper, Folarin Falana, better known by his stage name Falz, has continued to create a steer in...

OMG!!! Denrele Edun ditches his signature look for a suit in birthday photos

creebhills - June 13, 2016 0
The Television Personality and Host turned 33-year-old today and he for the first time i several months ditched his signature weaves and rocked braids. (adsbygoogle...