Minister of Works and Housing and former governor of Lagos State, Babatunde Fashola, during the week asked movie makers to stop telling money rituals stories, because, according to him, money ritual is a myth. 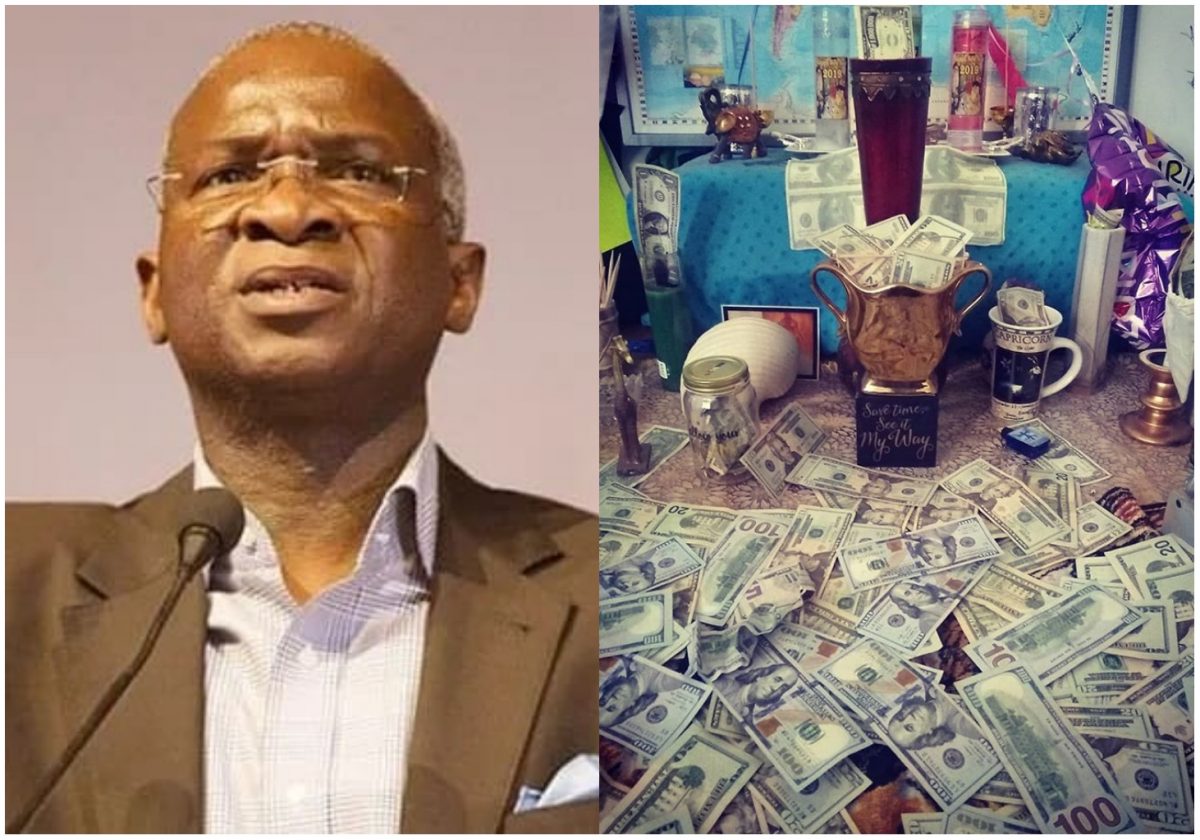 Fashola, who was the guest speaker at the fourth annual public lecture/symposium organised by the United Action for Change

themed, ‘Security of citizens as a social contract’, said that belief system, reinforced through Nollywood movies, could be fuelling kidnapping.

given the number of persons the police have arrested with human skull and other body parts, with the motive of money ritual.

But the former governor, who titled his lecture, ‘Insecurity: Taking actions against organised crime’

however, said it was high time moviemakers and policymakers changed the narrative, to save innocent lives from being wasted.

Fashola said, “Some people believe that if you get a man’s head or a woman’s body parts, they could be turned into money. It’s not true! And when you ask people who believe in it if they have seen it happen before, they tell you someone said they had seen it.

“However, it has become a reinforced belief through entertainment, social media and Nollywood. How can human head bring money? Money is paper invented by man, not God. They put the paper in a machine to print what we call money and that is the only place money comes from.

“But the challenge is the belief system. Just think about how many people have been missing through kidnapping because some people believe that it exists. The police could tell us the number of people they have apprehended with human parts, such as skulls. This belief system must go.

“Therefore, all of us, including those who make the films, must reverse the story and start selling a new story that money is printed in a machine and not through any other way like money rituals.”