With almost African celebrities having an account at the social media platform so as to keep their fans posted on their daily routines, Davido has shown how large his fan base have grown in recent years.

The ‘Assurance’ crooner is not just having a good time in the studio as well as on the streets, fans are also showing love to him by following him on his social media handle.

Davido have now make a name for himself as he became the first African celebrity to hit such milestone surpassing some notable names in the entertainmemt industry. 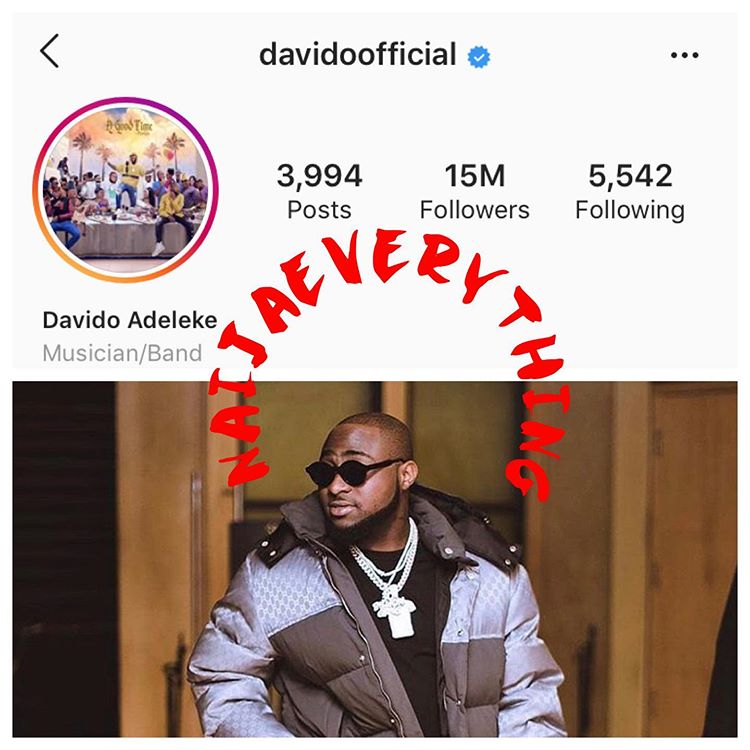 Davido is not the only one to make a name for himself on Instagram, award winning female singer, Tiwa Savage hit 10 million followers on the platform some days back.

The ‘Attention’ crooner in the process became the first female star to hit such milestone in Nigeria entertainmemt industry.

Tiwa Savage celebrated the new milestone with her fans by posting a picture specially designed for the milestone on her Instagram Page as she thank her lovers by staying right by her side.

Despite this , both stars are still far behind Portuguese player, Cristiano Ronaldo who is the first man on planet earth to have 200M followers on Instagram.

Cristiano Ronaldo who is currently playing for Seria A giant, Juventus ensured his dominance is not only on the pitch but also outside the stadium.