Real Madrid star, Eden Hazard has been ruled out of the Champions League tie against Manchester City and the La Liga El Classico against Barcelona. 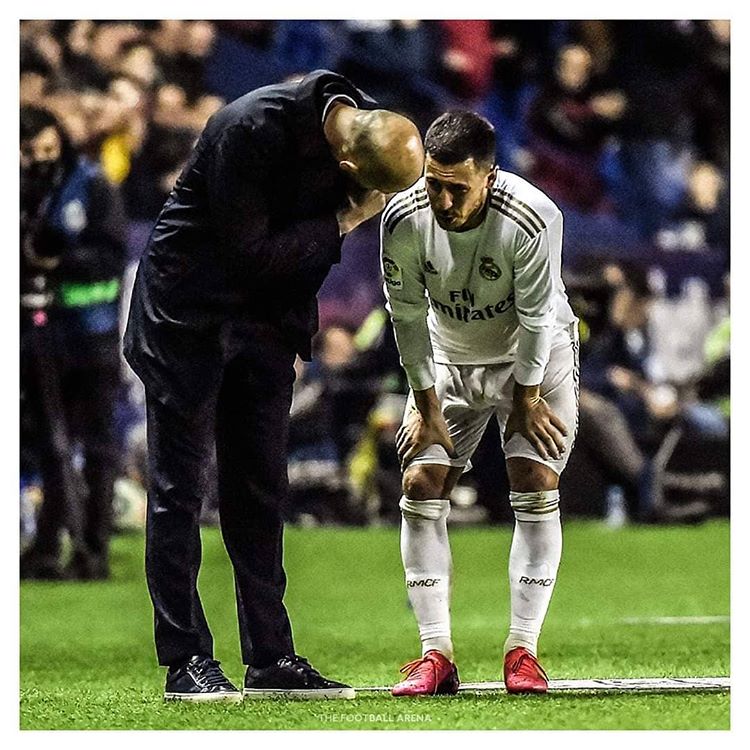 unavailable for selection due to an hairline fracture sustained against Levante.

a hairline fracture, picked up in Saturday’s 1-0 defeat at Levante, in his right fibula and

so will at least miss Madrid’s next two matches and could miss the rest of the season.

A statement from the club on Sunday morning read: ‘Following the tests carried out today on our player, Eden Hazard, by the Real Madrid medical department, he has been diagnosed with a fracture to his right distal fibula.

‘His recovery will continue to be assessed.’

Reports say the extent of the injury could mean Hazard is out for two months, which would take him to mid-April and barely a month of the club season left.

The former Chelsea forward has only completed five full games since joining the club for an initial £88m last summer.