Former BBNaija housemates, Venita, Mercy and Diane have cause havoc on social media with a dazzling valentine photoshoot. 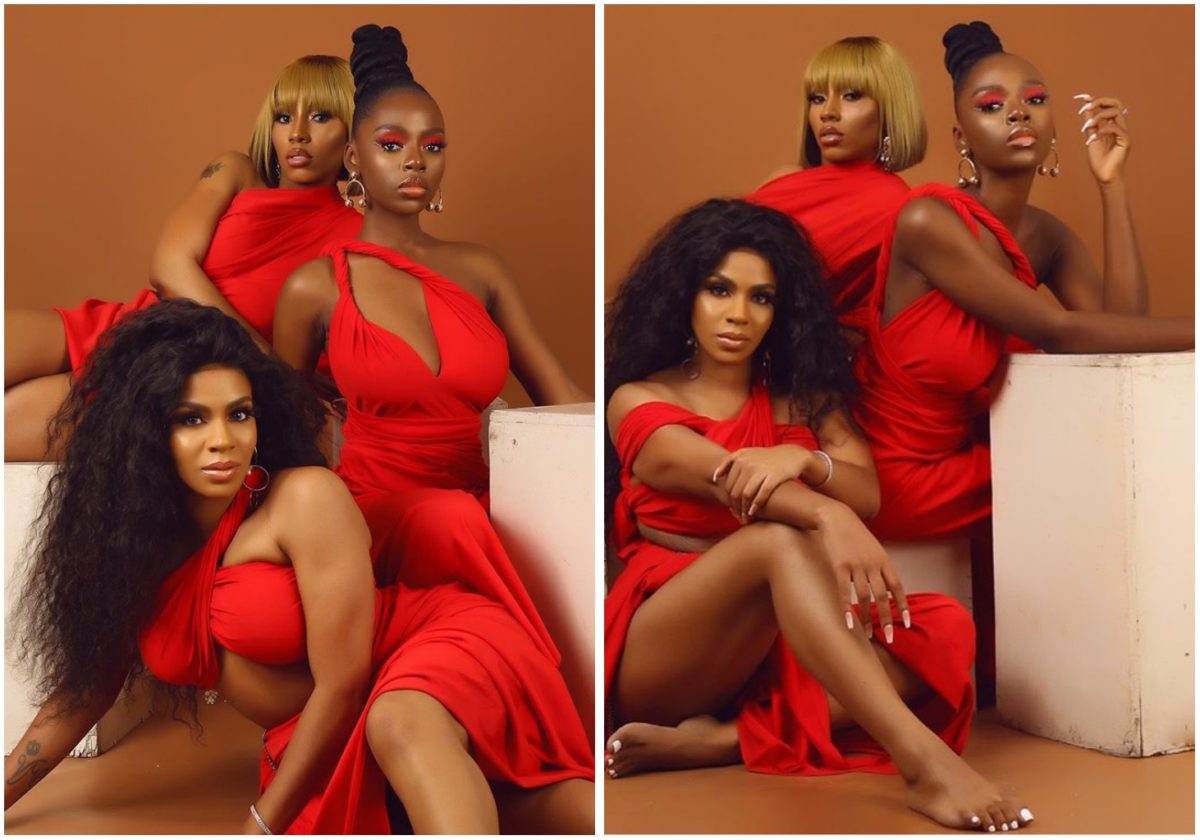 at the reality show collaborated to pepper their adorable fans.

With the fourth edition which the models participated in tagged ‘Pepper Dem’, the

former housemates gave their fans much sauce than they could handle.

Dressed in an adorable red outfits which brought out all their endowment and beauty, the reality stars made sure all eyes were on their page.

Venita who shared the picture on her Instagram Page captioned the post with a message on love.

L O V E is of all passions the strongest, for it attacks simultaneously the head, the heart and the senses. 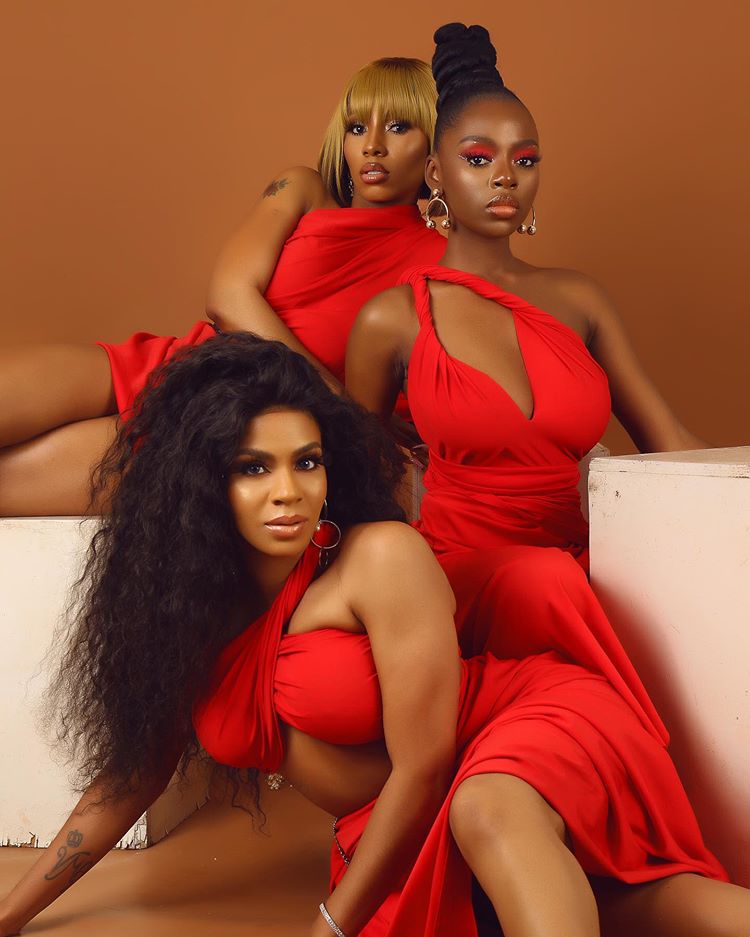 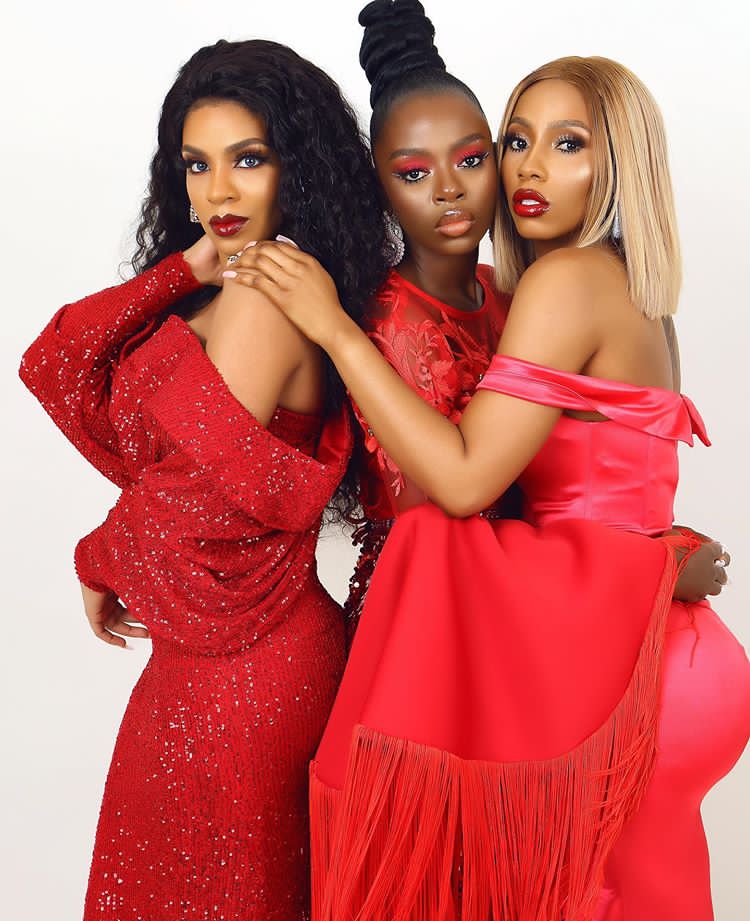 former housemates from shading themselves.

Some days ago, Omashola and Jackie aim dig at themselves via a post on their respective social media handles.

his fans to enjoy themselves and not be a workaholic like Jackie.

However, Jackie who seems not find it funny slammed him by stating that he has

not made 5%of what she has made ever since he left the big brother naija show.

This cause a little brouhaha among fans of both reality stars on social media as they tend to support their favorite housemate.