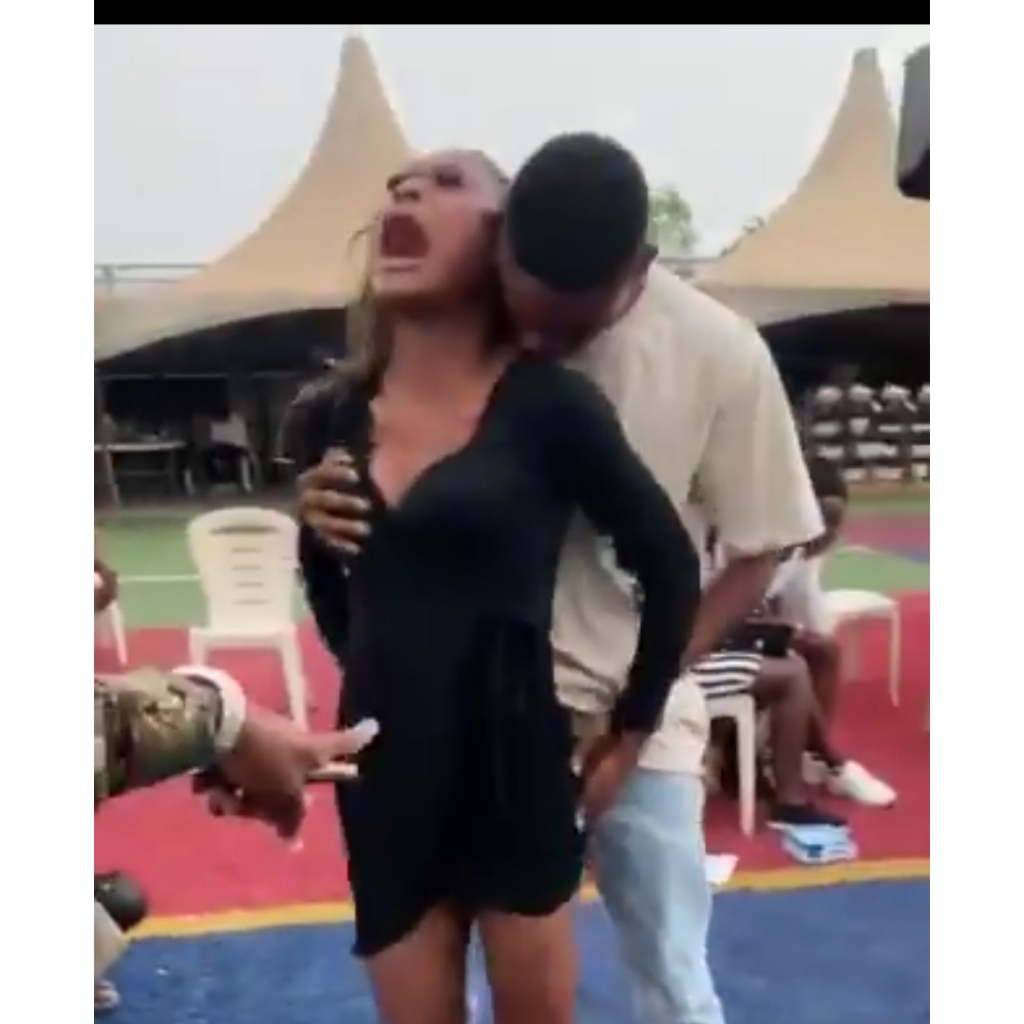 The youths who are said to have gathered at the venue for an hangout made a worst out of it as they partied in a manner that has got many wondering.

Videos of the youths dancing in a lustful manner has caused tension on the social media platform as people wonder where the youths who are meant to be the future leaders are going to.

Watch some video clips below:

Am still trying to understand if #OgunTwitterHangout is a normal hangout or just an hangout for sex starved guys and babes.

Some of you just want to do Iranu, but you are using Twitter hangout to cover up. 🤡🤡#OgunTwitterHangout

Nigerians on the social media platform have shared their opinions on the subject matter as some critise the youths for the act being displayed.

See some reactions below:

I am from Ogun state but the kind of immorality I have seen on #OgunTwitterHangOut trend doesn't depict my state of origin.

Guys touching Babes body anyhow, kai
Is that the only thing you guys went to do at the Hangout?

The videos scream sexual harrasment and why are the ladies putting up with it ? 🤷🏾‍♂️

I’m disappointed seeing the way these girls are being touched by people they barely know all in the name of hangout and maturity. We are seen as a sexual object because we portray ourselves as such 🤦‍♀️#OgunTwitterHangout

Olumide Oluwaseyi - June 15, 2016 0
The Outspoken Senator was a Guest on Nigeria's Local News Station, Channels Television on Sunday June 12th 2016 and said in his interview that...

Eddie Andy - May 4, 2018 0
Kogi state governor, Yahaya Bello has finally broken his silence on the senator Dino Melaye’s arrest and recent ordeal at the hands of security...

Trump Loses, as UN votes 128-9 to reject US decision on Jerusalem

Adedokun Moses - December 30, 2019 0
Nigeria music icon, Burna Boy continues to dominate the headline as he hits another milestone with his hit single 'Anybody'. Burna Boy who has been...

Violette - January 10, 2019 0
Milan Skriniar has hit out at the “sh*t” being written about his future, with the latest reports suggesting that the Inter defender is a...