Former Inter Milan striker, Hakan Sukur, has revealed a shocking revelation on his life as he state that he is now driving for Uber in the United States after he was exiled from Turkey. 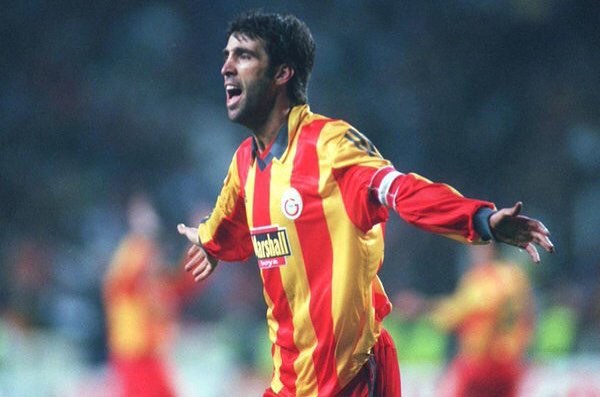 Hakan Sukur’s life took a dramatic turn after retirement, as he entered politics and was elected as an Istanbul MP for the Justice and Development Party.

However, he resigned from the party in December 2013 after he had bitter fall out with President of Turkey Recep Erdogan.

Speaking in a recent interview with German publication Welt am Sonntag, Sukur revealed things became hard for him after President Erdogan accused him of
participating in a failed coup.

Sukur said: ‘I have nothing left, Erdogan took everything: my right to liberty, freedom of expression and right to work.’

‘Nobody seems able to explain what my role in this coup was supposed to be. I never did anything illegal, I am not a traitor or a terrorist.

‘I might be an enemy [of] this government, but not the state or the Turkish nation. I love my country. After the split with Erdogan, I started to receive threats.

My wife’s shop was attacked, my children were harassed, my father put in prison and all my assets confiscated.

‘So I moved to the United States, initially running a cafe in California, but strange people kept coming into the bar. Now I drive for Uber and I sell books.’

The 48-year-old won a total of 14 major titles, netted 383 goals throughout his club career as well as the fastest ever in a World Cup, in 2002.

Olumide Oluwaseyi - September 12, 2015 0
In the early hours of this morning,girlfriend and mother of the current European footballer of the year, Lionel Messi put to bed.  she gave birth to a bouncing baby...

Naomi Campbell barred from entering a hotel in France

Violette - July 30, 2019 0
Despite her outstanding face, Naomi Campbell, the famous, popular and international model was banished from entering an inn, and a hotel in the south...

Singer Jaywon Robbed in a Club at Ibadan (Photo)

Adedokun Moses - January 11, 2020 0
Veteran singer and songwriter, Iledare Oluwajuwonlo popularly known as Jaywon has claimed he was a victim of robbery at a club in Ibadan. Jaywon who...