In the next few lines, you’ll be reading about the top 10 richest lawyers in Nigeria. In my

next post, I’ll be talking about the other two professions. 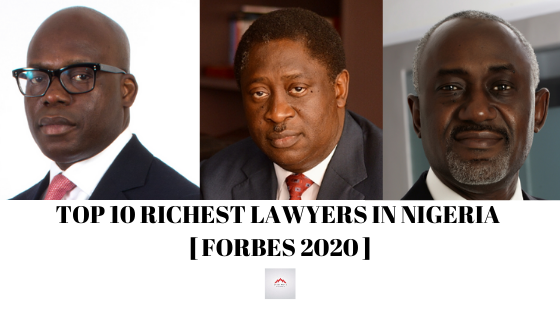 But first, get a sit to relax and be ready to be inspired….

In a typical Nigerian home, there are three 3 courses every parent wants there their

Some go as far as forcing their children to study them against their will. These courses are

Well, one can hardly blame these parents because with some few years ago, about a

decade or two ago, professionals in these fields are demigods.

They were the richest and the most respected in the society then.

Who wouldn’t want to have one as a child?

However, over the years things have changed, the economy has crashed and it now takes

more to be financially stable than being a lawyer or an engineer.

We now have so many electrical engineering graduates roaming the streets.

Medical doctors are now being owed over ten month’s salaries.

Lawyers now roam about on the streets without chambers to work in. Nonetheless, no

matter how hungry a lion can be, it can never eat grass.

Even though these courses aren’t food tickets again like they used to be, they are not

They are still as lucrative as they used to be. Only the approach has changed.

Like I said earlier, in the next few lines, you’ll be reading about the top 10 richest lawyers

in Nigeria. In my next post, I’ll be talking about the other two professions.

But first, get a sit to relax and be ready to be inspired….

However, he is the father of the famous Nigerian musician, Falz The Bahd Guy. FEMI

FALANA is a human rights activist married to a women activist FUNMI FALANA.

Even he is a full-time lawyer, he once ventured into politics.

In 2007, he contested in the Ekiti State Gubernatorial Election under the umbrella of the

National Conscience Party which he lost.

He went on to become the national president of the party in 2011. He is estimated to worth 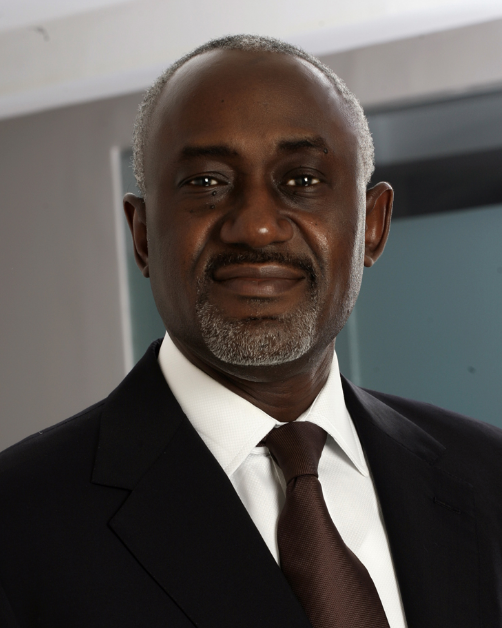 Gbenga is a Nigerian lawyer from Ekiti State. He studied law in Obafemi Awolowo

He is the co-founder of ALUKO and OYEBODE. Oyebode specializes in advising firms and

companies on matters like oil and gas, investments, energy and power among others.

As we speak, he is the chairman of YAMAHA MOTORS.

Mr. Oyebode is a strong and active member of the Standard Institute of Arbitrators and

He has also presided once over the Nigeria Bar Association on Business Law. It won’t

come as a surprise when you’re told he is worth about $120 MILLION.

Wole Olanipekun is a graduate of la from the University of Lagos.

He was called to Bar in 2002. Hails from Ekiti state. A renowned lawyer who is the

managing director of Wole Olanipekun & co. Doubles as the founder.

He is also the current vice president of Pan Africa Lawyers Union (PALU). An active

member of the Nigerian Body of Benchers and International Bar Association.

He was the president of the Nigeria Bar Association, called to bar in 1976. Estimated net

He is from Ondo state.

Furthermore, he did his Masters in Law (LLM) and masters in International Taxation

He is known to have invested in businesses like oil and gas distribution, resorts, Hotels,

According to Forbes, he is estimated to worth about $200 million.

READ ALSO
''It is illegal to Leave The Party That Sponsored Your Elections'' Femi Falana to Saraki,other defectors

This senior advocate of Nigeria studies law at the University of Kent.

He is from Lagos state. He is the chairman of Multichoice Nigeria Limited. I became a

senior advocate of Nigeria in 2016. A non-executive director at Heritage Bank plc.

He is also the chairman of the Trocadero Group of Companies. Estimated to worth about $250 Million. 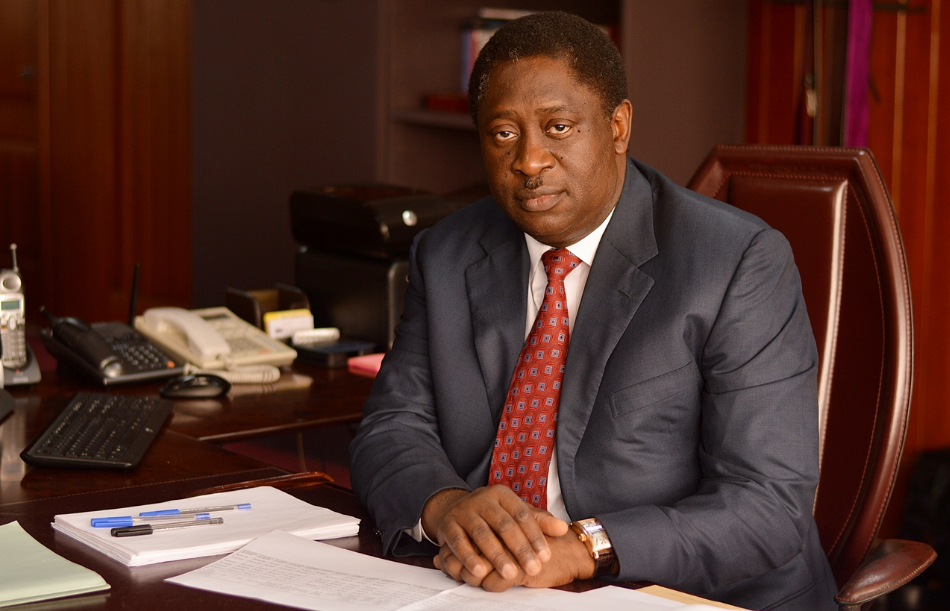 from the University of Lagos.

He became a senior advocate of Nigeria in 2002.

He was a conferred degree with national honor of “OFFICER OF THE FEDERAL REPUBLIC (OFR)” in 2007.

His father was a retired Justice. He was called to bar in 1982.

He is estimated to worth about $260 Million.

He is the founder of Afe Babalola University Ado Ekiti (Abuad). Abuad is the second

Afe Babalola also owns one of the biggest farms in Nigeria. He has founded one of the

He is estimated to worth about $300 Million. 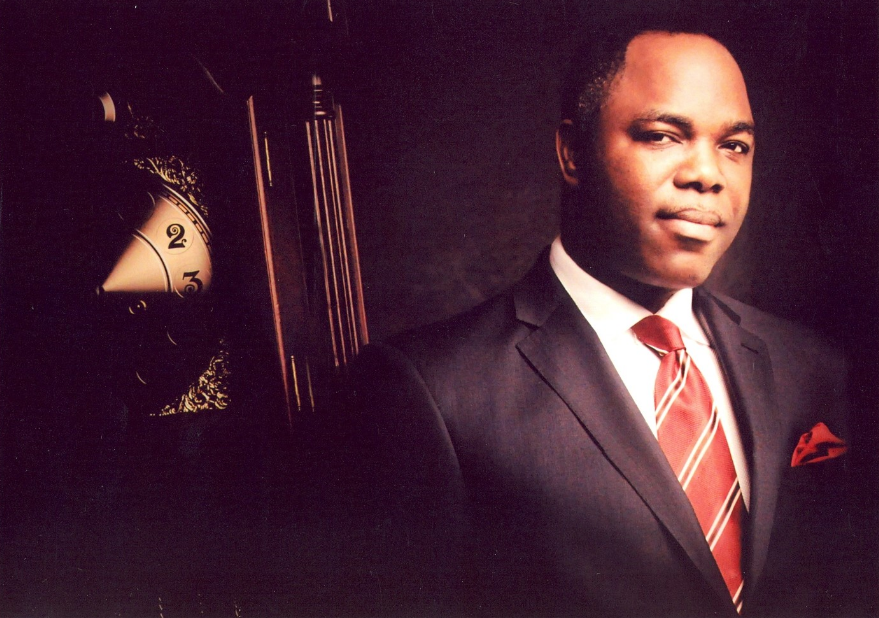 Olatunde Ayeni is a graduate of law from the prestigious Ahmadu Bello University Zaria.

Yeni was the vice-chairman of the Nigeria Bar Association, Ikeja Branch.

He was also a member of the Legal Aid Council in Nigeria.

He is estimated to worth about $650 Million.

Babatunde Folawiyo is not just a lawyer, but also a business tycoon.

London. Where he obtained his LLB certificate in 1984.

He is interested in energy, shipping, real estate, and agriculture.

He is the Director of telecommunications at MTN Nigeria. His dad founded Yinka

Babatunde inherited this company from his dad in 2008 after his dad passed away.

He is the executive director of this company.

a subsidiary of Yinka Folawiyo Group of Companies.

He resigned from the law in 1989 to face business squarely.

It shouldn’t come as a surprise if he is worth a whopping $650 million.

JUBRIN ADEWALE TINUBU ($700 MILLION) – who is the richest lawyer in Nigeria? 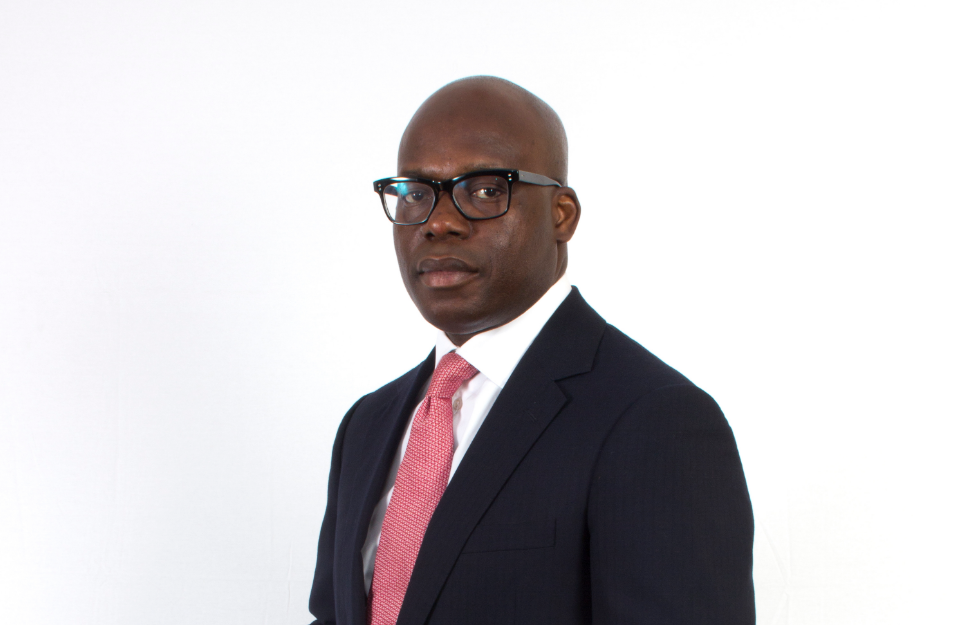 The richest learned fellow in Nigeria is no other than ADEWALE TINUBU.

Cousin of the former governor of Lagos state.

Adewale Tinubu studied law at the University of Liverpool.

He is the Group Chief Executive of OandO plc.

Babatunde was obviously born into a rich family. However, he has been proven to be very

industrious by several scholars in the country.

He practices law but got most of his wealth from businesses.

considering the fact that he heads a multi-billion naira company (Ocean and Oil, OandO).

He is estimated to worth a whopping $700 million.

Evidently, even though there are so many lawyers roaming the street with their wigs on

begging for cases in court premises, a very good number of them are still bagging in big

Wrapping Up on Top 10 Richest Lawyers in Nigeria

Although the majority on the list ain’t predominantly practicing lawyer,

There are so many more who are exclusively into law and are making millions of naira.

So, if your passion is arguing in the courtroom, bowing to the judge and helping a criminal

proof that he is right, then don’t be discouraged by those you see on the streets.

You can still practice law and be a millionaire.

See you in the courtroom.

Olumide - December 9, 2018 0
Dark, bold and beautiful actress, Adediwura Adelugba aka Wuragold has starred in movies like Closet, Lizard, Deep Heart and Bile among others. In this chat...

Joel Adesina - July 3, 2020 0
The former Big Brother naija housemate, Cee-C is in the news again. And this time around it is about dating rumours that have been spoken...

Olumide - April 23, 2016 0
The Mother of one, Guinness Book Of Record Best dancer on the Planet shared this new Photos looking Fierce has ever like she is sending a  Messages...

Olumide - January 18, 2019 0
Actress, Efia Odo says she is letting go everything she had learned from society about life, religion and power. Efia Odo in a post on...