Veteran singer and songwriter, Harrysong is currently in a celebratory mood as he engage his girlfriend, Isioma. 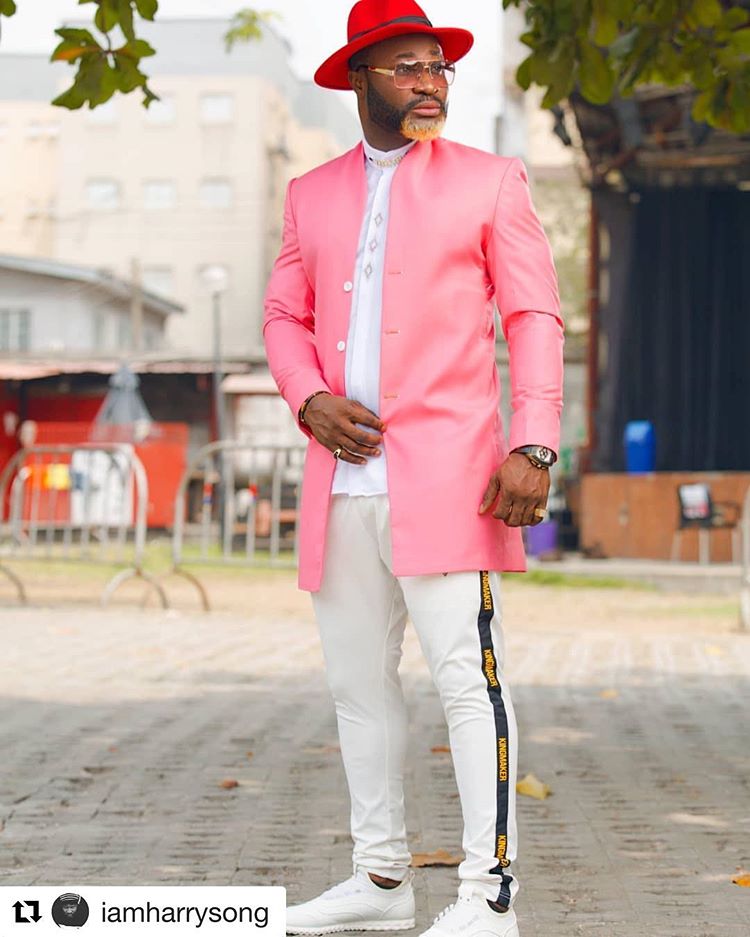 Harrysong who was so excited at the sight of Isioma saying yes took to his Instagram Page to share video of the ring on his to be wife hand.

The singer via the caption noted how glad he his to have found a mother as he had lost one at his tender age.

I lost my mother when I was very young, I’m happy to have found a mother in you

You care for me, you forgive me so easily, you make my life so beautiful
You’re patient and kind. What a beauty to behold

I lost my mother when I was very young, I’m happy to have found a mother in you You care for me, you forgive me so easily, you make my life so beautiful You’re patient and kind. What a beauty to behold You’re my #Isioma #KingIsi2020 #Isiomasaidyes

Harrysong some days ago caused uproar on social media after he deleted all the pictures on his Instagram Page with rumours circulating that he’s having issues with the love of his life, Isioma.

However, with the latest development, both lovers seems to have put all past events behind as they set for a new dawn in their life.

Harrysong have join the list of celebrities who have engaged their girlfriend, as Comedian Craze Clown recently engaged his long time girlfriend, Jojo.

Afrobeat singer, Davido engaged his girlfriend, Chioma last year as fans and followers of the celebrities anticipate their wedding which will surely be a bang.

Harrysong is currently publicizing his new single which he titled ‘Isioma’, a song he sang for his adorable wife to be.

creebhills - December 31, 2018 0
Onyii Alexx Bares Cleavage In Sexy Swimsuit Onyii Alexx looks so palatable and inviting as she rocks a sexy swimsuit which bares her cleavage in...

Violette - August 21, 2019 0
After four years, the two UK celebrities have reportedly parted ways. Glastonbury 2019 headliner, Stormzy and Maya Jama are no more together, a close...

Eddie Andy - May 3, 2018 0
Nigerian Dancehall star, Runtown snapped in a military khaki shorts with members of his new crew who have been making runs with the singer...