Gambian actress and model, Princess Shyngle has reacted to the type of messages she get on her DM each time she post a sultry and sexy pictures of herself. 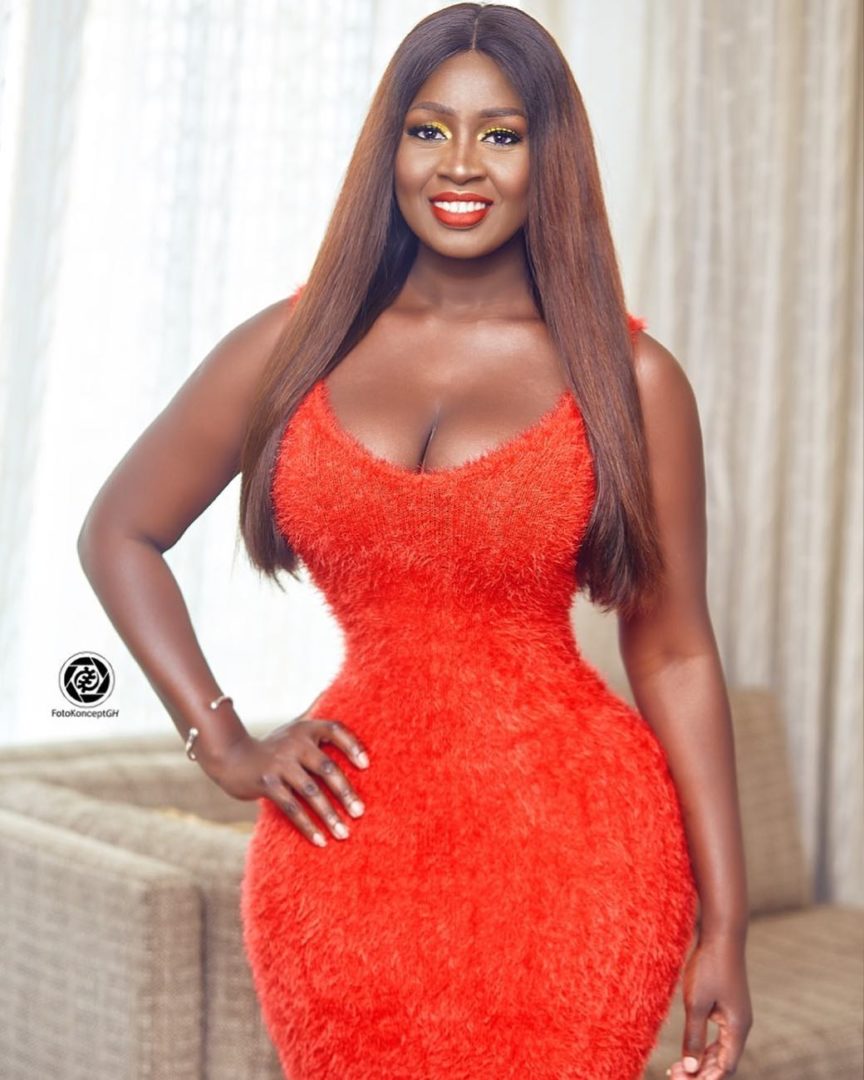 The curvy and sexy actress who is known for flaunting her endowment on social media noted how men tend to lure her with money just to have a taste of what she’s carrying.

Princess Shyngle while releasing a conversation she had with one of the men in question on Instagram seized the moment to aim dig at her fellow actress in the industry.

The beautiful screen diva noted that some actress are living off this big men but tend to lie about it as she added that they are no actress that make their money from acting.

My dm is super fcuking lit 🔥, anytime I post a bad ass picture my dm and emails is under attack by pussy hunters ready to pay anything to get this Gambian Pussy 😂😂😂🤣. That’s why when I see all these lying ass actresses claiming success and blessings from acting movie I just laugh my ass out 🤣😂 as in the same men sponsoring your life style are on my dms oh or their pimps are on my dm 🤣 the funny thing is these same men that sleep with y’all brag about it oh, they tell us oh 🤣🤣. Don’t let anyone fool you oh there is no actress that made her riches from just acting movies 🤣😂🤣 you’ll have to act 150 movies and save that money to afford a Range Rover or a 1st class ticket abroad 🤣😂😂🤣🤣

Princess Shyngle some months ago called her fiancee out on social media as she claimed he’s a cheat.

However, after some days the curvy and endowed actress took time to pour out her heart as she pleads to her fiancee noting that she was wronged to have called him out.

Joel Adesina - June 7, 2020 0
The issue of rape has been around in Nigeria for so long but it it stayed low key. It came back as something very bad...

Violette - July 21, 2018 0
A Nigerian Business magnate and a Politician reveals his takes on Preside t Muhammad Buhari's administration on his twitter handle. LIB

Student Proudly Introduce Herself As the Daughter of a Pepper seller On Facebook...

Violette - June 18, 2018 0
A lady identified as Ogunniyi Yetunde Kabirat whose Facebook name carries ‘Mammie Ifa Cashy’ posted on her Facebook page on that her mother taught...

Adedokun Moses - August 14, 2020 0
John Legend's wife, Chrissy Teigen have taken to social media to showcase her baby bump as she expects her third child with the award...