Popular Nigeria dancer, Kafayat Oluwatoyin Shafau, popularly known as Kaffy has cried out on Instagram that she’s not running a dance crew but a dance school. 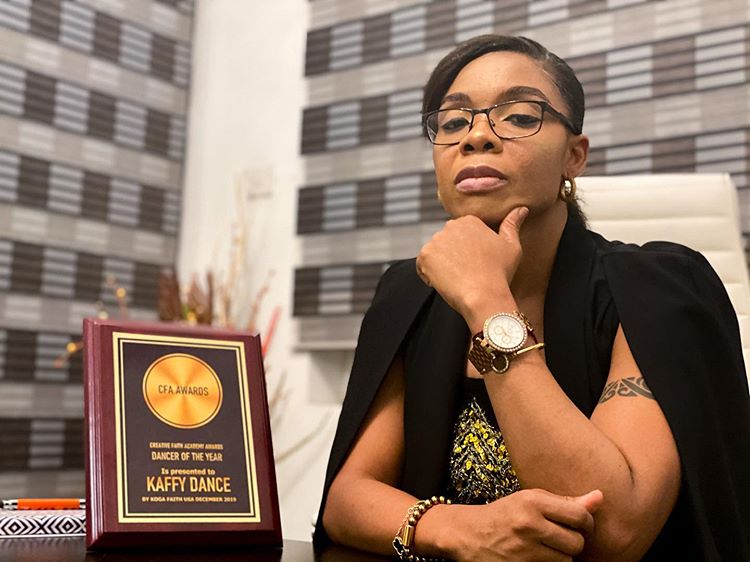 Kaffy who is also a choreographer, dance instructor and fitness coach noted via the post that fans should stop messaging her that they want to join a dance group.

The dancer who seems frustrated on the amount of messages she gets from fans stated that she’s running a dance academy where interested person are to come with their Curriculum Vitae so as to get registered adding that they will have to pay for the service being rendered.

She captioned the video:

The 39 years old is best known for breaking the Guinness World Record for “Longest Dance Party ” at the Nokia Silverbird Danceathon in 2006.

She has also appeared as Judges and Faculty members in reality shows such as Maltina Dance All, Project Fame West Africa and Dance with Peter.

Kaffy is recognized for her dance moves and level of stamina and has featured in award winning musical videos for artistes such as Seyi Shay , D’ banj, P- Square and some other international top acts.

The dance instructor has also won herself numerous award as she’s regarded as one of the best in the entertainment industry.

The beautiful dancer is married to Joseph Ameh, the music director and drummer for defunct group P-Square and have two lovely kids together.

Kaffy’s achievement in the entertainment industry has opened doors for different dancers as the likes of Pokoly are being recognized for their talents.

“Men in my DM have not asked if I need anything,” 9ice ex-wife, Toni Payne laments