Home ENTERTAINMENT BBNAIJA I have been making money since I was six months old –...

Former big brother naija star, Alex Unusual has revealed that she started making her money when she was six months old. 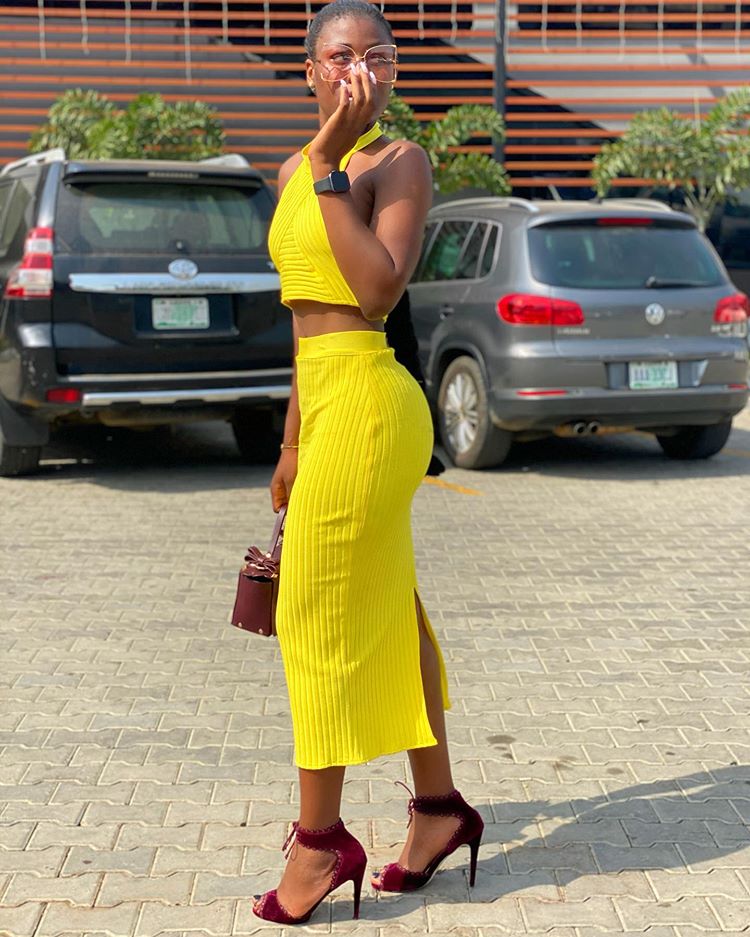 The reality star and model disclosed this during a conversation with a fan on Twitter as she stated that fans of the big brother naija show love the reality show and not the participant of the show.

The drama started when a disturbed fan noted that Alex Unusual’s fans whom are popularly called TeamAlex have left the star actress as they don’t comment or like on her post again.

However, Alex Unusual who seems to disagree with the motion replied him by stating that the fans are not in love with the stars of the big brother naija show but with the show itself.

She added by stating facts tend to move to another participant once another edition of the show starts noting that only the real fans stay after the show.

But the beautiful screen diva was dragged by another fan who claimed she will not have gotten the fame she had today if not for the big brother naija show.

Alex Unusual who was not pleased with the fan resolution answered him by noting that she has started her journey to greatness at her tender age adding that she has left a mark in every place she has been to.

See the conversation below: 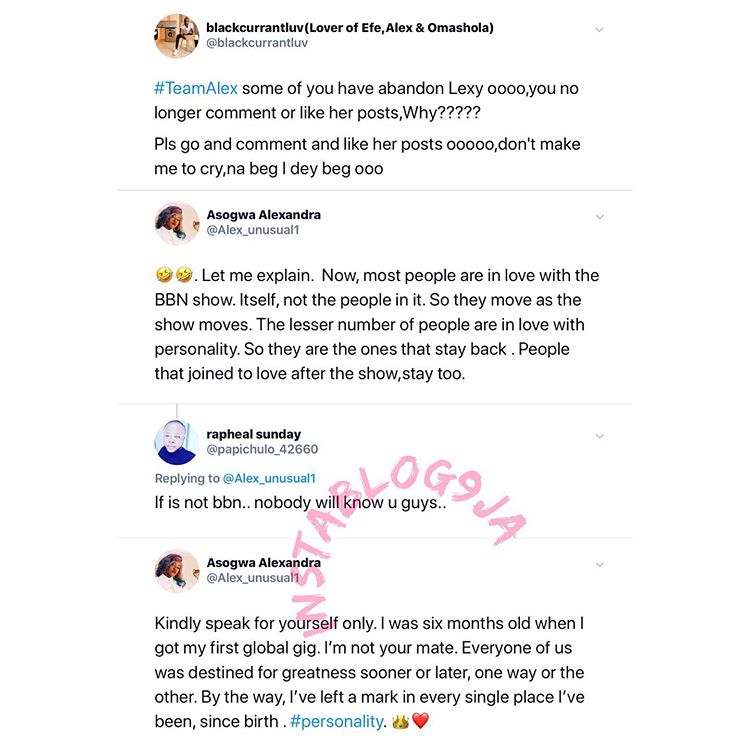 Alex Unusual has been making wave ever since she graced the 2018 edition of the big brother naija show as her dance moves make her one of the most loved housemates by fans of the reality show.

The sexy model have gone on to sign endorsement deal with notable brands across the nation and recently enrolled herself at the New York Film Academy as her quest to be the best in the entertainment industry continues.

Violette - July 23, 2019 0
The Blues have a prominent shirt available for anyone this late spring, with the Brazil global forward asserting that he is prepared to take...

Olumide Oluwaseyi - November 25, 2018 0
Serena Williams was not the victim of sexism after disciplinary action was taken against her at this year’s US Open final, according to Johanna...