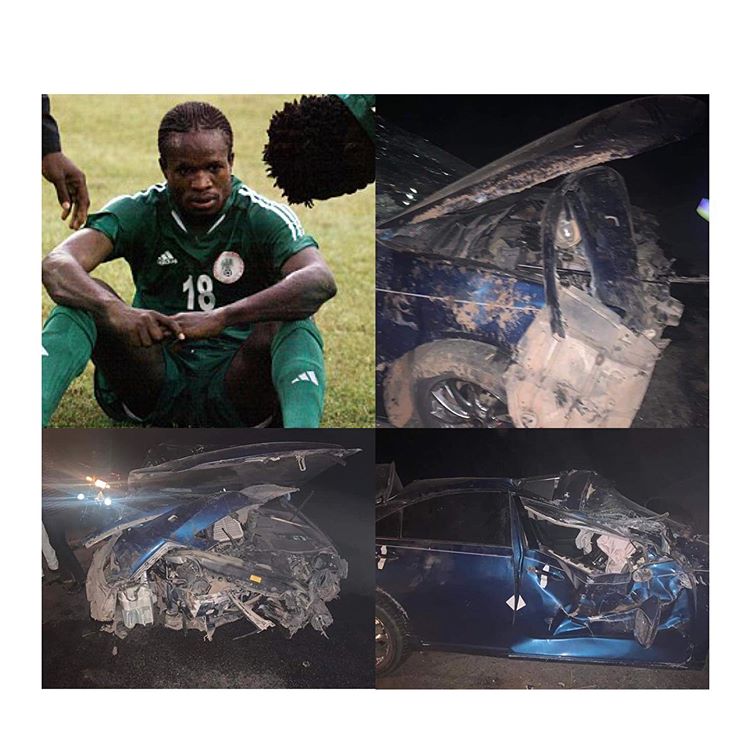 The accident had occured along the Ozo road, leaving the car badly damaged making it the second time the 35-year-old footballer would survive in a week.

In 2012, the former Udinese and Florentina man was reportedly kidnapped by gunmen near Warri, Delta State.

However he was rescued the next day in nearby Isoko by men of the Nigerian police force.

Chriatian Obodo made six appearances out of 10 in the 2006 World Cup qualification series, scoring a goal and also appeared at the 2006 African Cup of Nations where he featured in 4 of Nigeria’s six games, scoring in the 2–0 win over Zimbabwe.

He last played for the Super Eagles in 2008.