Spanish Giant, Barcelona has annouced the sacking of Ernesto Valverde as their head coach and appointed Quique Setien as his replacement. 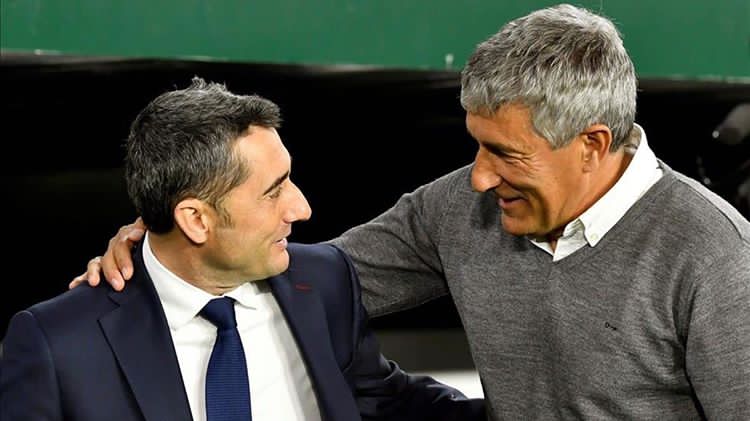 The decision to remove Valverde was confirmed following a board meeting that lasted more than four hours at Camp Nou on Monday afternoon.

The Spanish Champion decided to dismiss the Spainard after a poor run of fun which see them win just one of their last five matches.

A club statement released says: “FC Barcelona and Ernesto Valverde have reached an agreement to terminate the contract that united both parties.”

“Barcelona and Quique Setien have reached an agreement for the latter to become first team coach until 30 June 2022,” the club said.

“Setien is one of the most experienced coaches in Spanish football,” it added.

“Throughout his career he has been a proponent of possession based, attacking football that has been attractive to the fans.”

Valverde is the first coach the club has sacked mid-season since Louis van Gaal in 2003 as he was highly criticised for Barcelona’s shocking collapse against Roma in 2018 which was followed by a similar capitulation against Liverpool last year.

Quique Setien first game in charge will be at home to Granada on Sunday and will be hoping to make a big statement.

Ciara Thanks Tiwa Savage After Sampling Her Song On ‘freak Me’

Olumide Oluwaseyi - August 11, 2018 0
Ciara has been in the news after she featured TripleMG music pop star Tekno on her latest record ‘Freak Me’. ‘Freak Me‘ was officially released last Friday by...

Chidinma says “If You are Dating a Fine Person and You Love Your Health,Don’t...

Eddie Andy - July 2, 2018 0
Couple of hours ago, Nigerian singer, Chidinma said, 'If I must brush before kissing you in the morning, we are not meant for each other'. Now,...

Olumide Oluwaseyi - January 10, 2019 0
Ex-beauty Queen and top Model, her majesty, Queen Victoria Nworgu has warmed up the vibe in her career, as she releases stunning photos to...