Home ENTERTAINMENT Celebrities Bad Boy Davido turns Church Goer after been dragged there by his...

Singer and songwriter, Davido is moving more closer to God as he attends church service after being dragged by his sister. 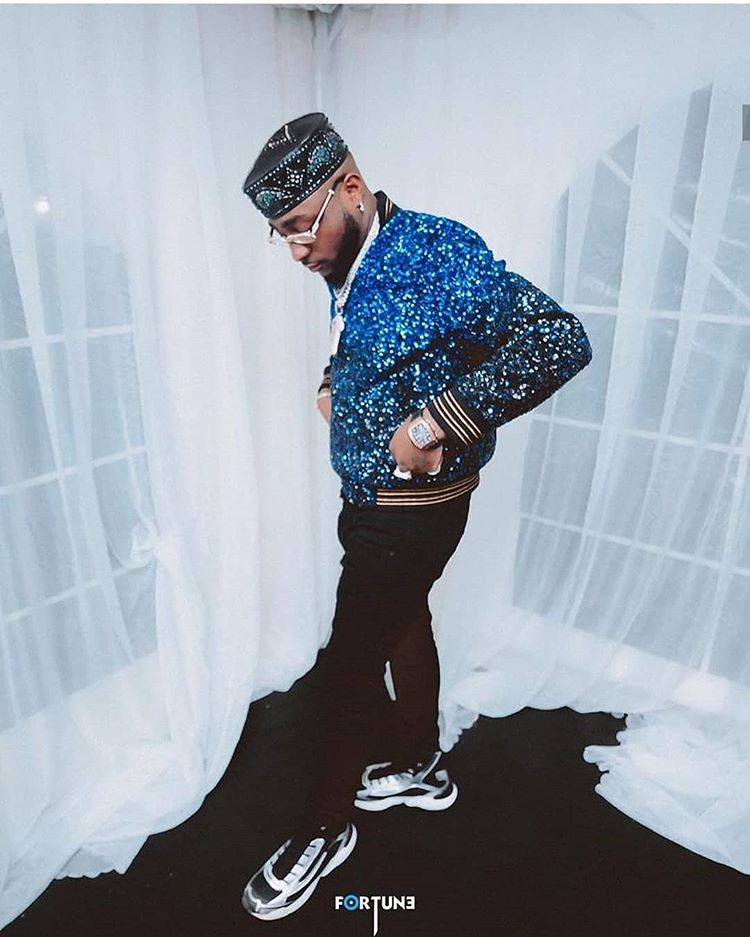 Davido who has not been able to attend church due to his tight schedule which involves going on tours and visiting studio to dish out hit tracks was taken into God’s presence by his adorable sister.

The award winning singer and songwriter and Shina Rambo were taken to the church as they worship in a church for the first time in the new year.

Davido and Shina Rambo who seems excited by the move were caught in the mood of worship as they get blessed by the man of God.

Davido had a great 2019 as he released his.much anticipated album ‘A Good Time‘ as well as welcoming his baby boy, Ifeanyi.

The singer however, started this year in a dramatic scene after he was alleged to have taken Sophia Momodu, his babymama on a vacation to Ghana.

However, Davido came out to deny such claims as he stated via a post on his Instastories that he only helped Sophia Momodu because he did not want his daughter, Imade who was with her to fly economy.

Sophia Momodu who was not pleased with Davido’s outburst on social media came out to reply as she revealed via a post on Instagram that she and her daughter, Imade, don’t fly Economy and they never asked for Davido’s help.

As the drama and event happens, some fans claimed Davido’s outburst on social media must have been influenced by Chioma who was engaged by Davido.

Chioma however, did not comment on the issue as it unfolds and all parties have since moved on from the incident.

Davido and Chioma are said to getting ready for their marriage which is set to be the talk of the town.

Lady accused of ordering the assault of Taxify driver, speaks

Olumide Oluwaseyi - October 12, 2018 0
Earlier today, a lady was called out on social media for ordering security officers to attack a Taxify driver at Chevy View estate in...

Adedokun Moses - October 15, 2019 0
Nollywood actress, Ini Edo is getting bigger and bigger as she announce she has bag a new endorsement deal. The award winning actress revealed this...

Olumide Oluwaseyi - February 19, 2016 0
O.B.O as his popularly called, a name from his first album some years ago, its no other  person than Davido himself has he covers US Magazine called...

I am still a virgin at 25 – Nollywood actress declares

Olumide Oluwaseyi - April 8, 2018 0
Budding actress Crowncy Anyanwu has declared she is still a virgin. Crowncy made this known in an interview with The Sun stating that she does...