Nollywood actress, Moyo Lawal was a victim of trolling from a fan on Instagram but handled the situation in a way no one would have expected. 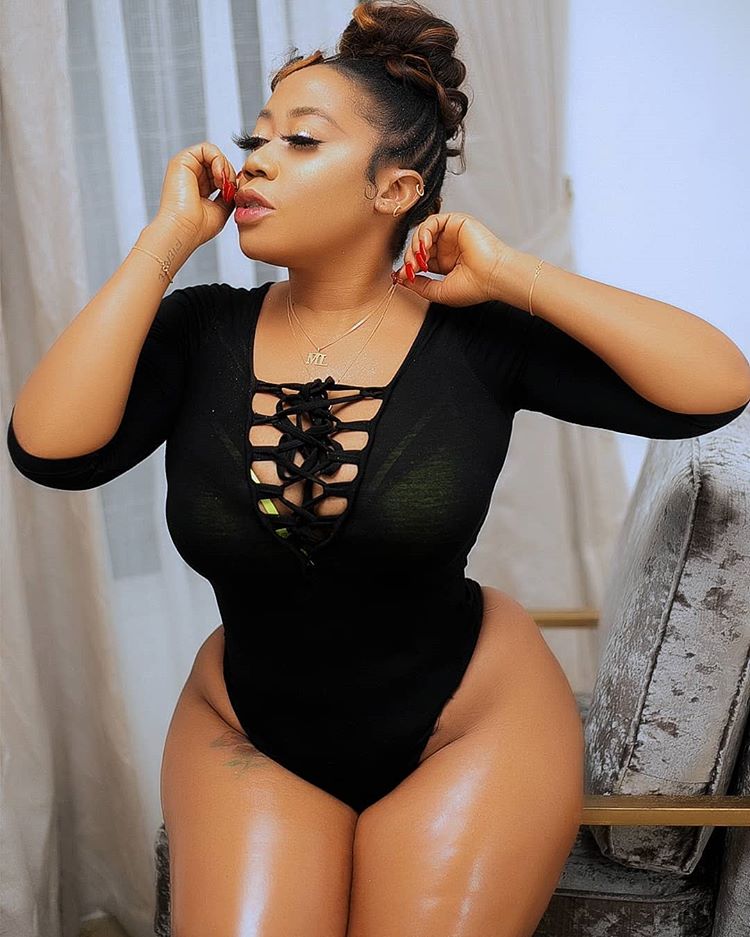 The curvy and sexy actress who is not shy of flaunting her assets on social media was called a maggot by the troll who seems not too pleased with her post.

However, Moyo Lawal replied in a way that will shock many fans who are conversant with the actress way of handling troll on social media as she silenced her by resisting the temptation to insult her. 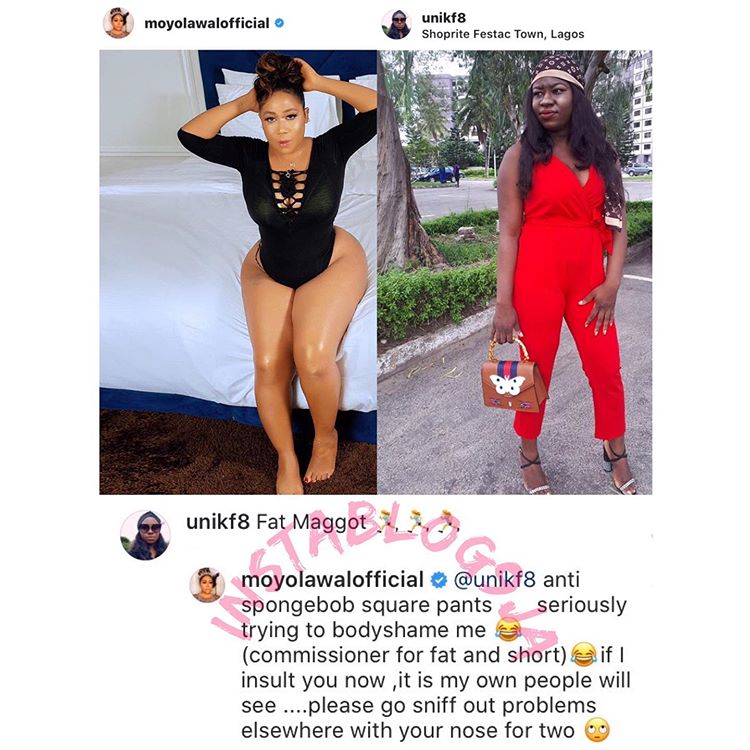 This is not the first time that the curvy actress will be involved in an heated exchange with trolls, some months ago she was attacked by a fan after she revealed that she doesn’t have sex often.

“I have never had a boyfriend who left me,” she wrote. “Does that give me a bragging right. (even if he walks away in anger he will still walk back to beg) p.s I have just never been able to forgive a wrong done.”

However, the follower who seems to disagree with her point replied by writing:

“I have never had a boyfriend who left me’ fine. But you’ve had boy friends who used you. You don’t know whoever do the dumping doesn’t matter to guys provided they don chop clean mouth. You are even helping them to move to look for other hot chicks”

The actress however, fired back stating that she wasn’t used and she hardly have sex with her partners.

“Who did they use? Lmao. Hunckle I hardly have sex you are talking using. The only they could have used me is to grow and ain’t nothing wrong about that,” she replied.

With Moyo Lawal still serving hot and sexy pictures on her page it’s only a matter of time before another troll attack her.

Violette - June 24, 2019 0
Another examination has discovered that keeping awake until late to watch motion pictures or get up to speed with messages could influence men's sperm...

Olumide Oluwaseyi - August 8, 2018 0
The Assurance singer left us loving him all over with Assurance hit single back in April this  year and just some week gave us...

Hilarious: Couple Absent at Their Wedding and Were Represented With Throw Pillows

Violette - September 2, 2018 0
Lagosians” won’t cease to amaze me I was invited to a wedding ceremony today, wore my starched agbada ( yes, that same agbada that...

Olumide Oluwaseyi - March 30, 2018 0
Big Brother Naija housemate, Khloe, who recently returned after her initial disqualification, has made a shocking revelation over her recent discovery. According to Khloe, she...