It’s December and everyone in the country are planning their budget so as not to be at loose end when the year runs out. 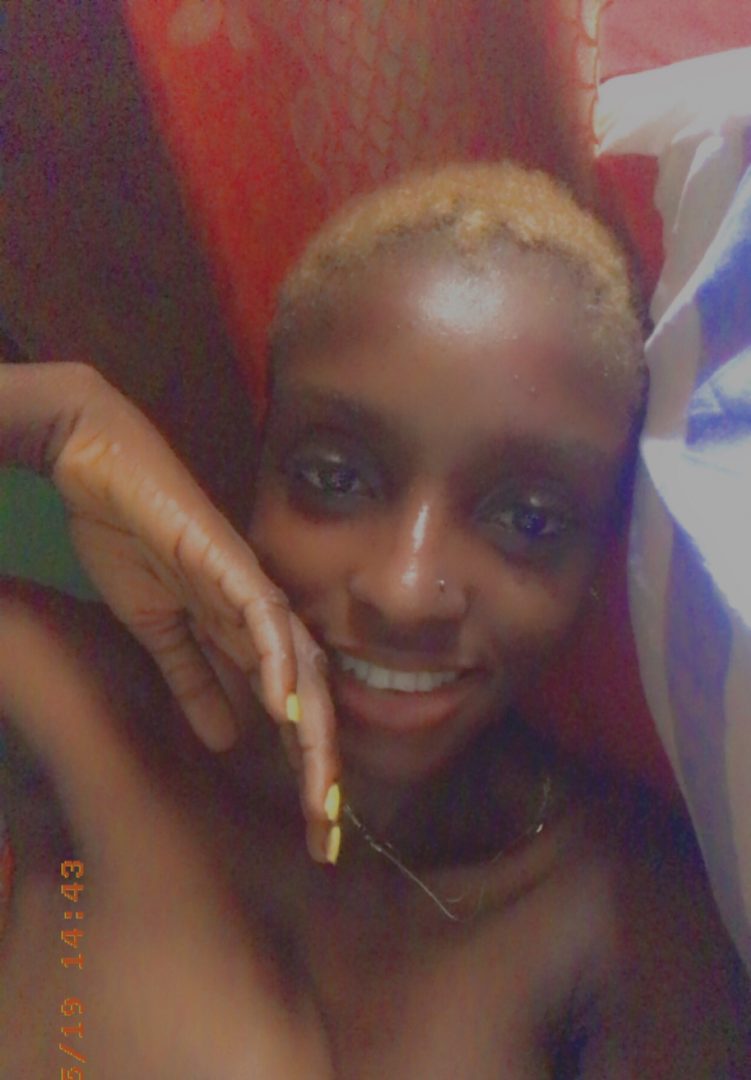 However, a Nigerian Lady on social media has reveal her budget for the month which is tagged ‘Detty December’, a budget which looks shocking and hilarious.

The lady who was responding to a tweet on Twitter where fans where asked what there budget is for the month replied by stating that her budget for the month is her private part.

Fans on the social media platform have reacted swiftly to the budget of the young beautiful lady as they keep wondering what’s on her mind. 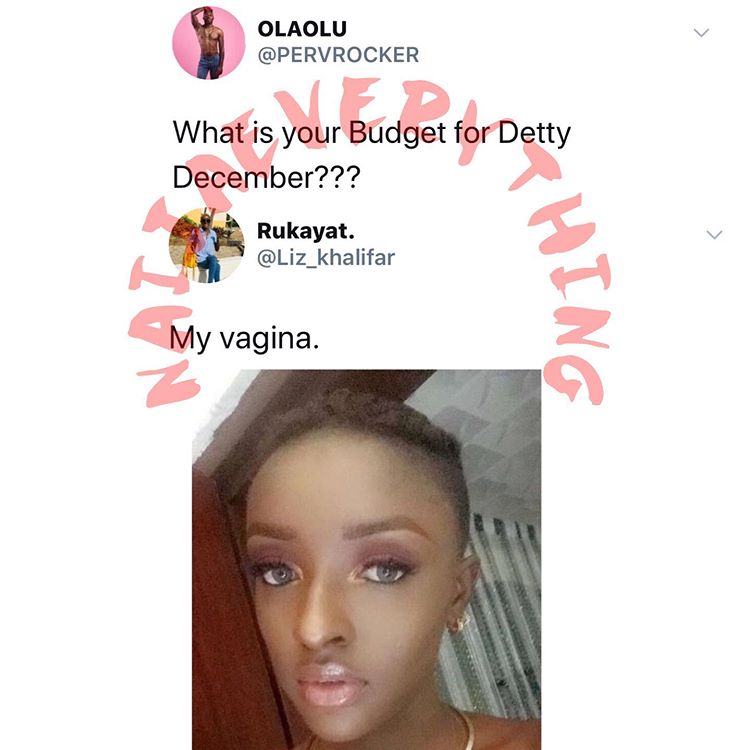 Man fleeing from SARS dies of internal bleeding after hitting his chest on an...

Violette - June 19, 2018 0
A young man has died of internal bleeding after hitting his chest on an iron gate allegedly while fleeing from SARS operatives. The deceased, whose...

Olumide Oluwaseyi - June 21, 2016 0
Kimberly Kardashian popularly called Kim K is the mother of internet Nudity and the way she makes more money from going Nude in Photo-shoots for Magazine...

My movie has restored many homes – Lizzy Anjorin

Olumide Oluwaseyi - April 30, 2018 0
Nollywood actress Lizzy Anjorin is out here boasting about her movie Owo Naira Bet STATING IT HAS Infact healed many homes. In her words;   LET THEM...

Olumide Oluwaseyi - January 9, 2018 0
Ashanti has been slaying in sexy leotards recently but it appears fans are getting tired of her look and need new music from the...

Huddah Monroe Displays Off Her Nipples Rocking A Sheer Bikini

Olumide Oluwaseyi - February 24, 2016 0
Kenyan socialite, Huddah Monroe aka DAbossChic is well known for her racy photos on social media and also her enraged battle with fellow country woman and...