The minister of sport has announce that World boxing heavyweight champion Anthony Joshua is set to storm the country in order to present his belt to the President of the Country. 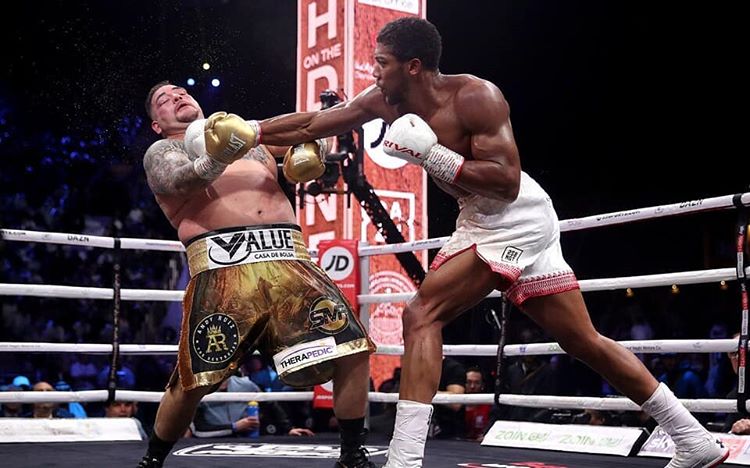 Recall that Anthony Joshua defeated Andy Ruiz Jr. to reclaim the title he lost to the same opposition in June.

This was disclose by Laolu Akande, the Senior Special Assistant (SSA) to the President on Media and Publicity, Office of the Vice President, while briefing State House correspondents on behalf of the Minister of Sports, Sunday Dare.

Akande, however, said the date for the presentation of the belts was yet to be fixed.

“The Minister of Sports announced that Anthony Joshua will be presenting his belts to the President in a matter of days.

“The Council members also expressed appreciation for the gift of books from the Vice President which has become an annual tradition,’

Eddie Andy - July 12, 2018 0
Rapper, Cardi B and her man, Offset welcomed their first child together last night July 10th at a hospital in Atlanta. The couple have already named...

Political News >> Why I stayed from America for 13 years – Atiku...

creebhills - January 18, 2019 0
Former Nice President, Atiku Abubakar, who arrived the US yesterday January 17th, has explained why he stayed away from the country for 13 years. This he...

creebhills - February 15, 2019 0
In a bid to hijack the attention of social media users, budding Nollywood actress, Oluchi Sharon Francis exposed her banging body for the public...

Violette - October 22, 2019 0
Port harcourt first daughter is not playing and not slowing down her pace of becoming one of the most industrious house mate to ever...