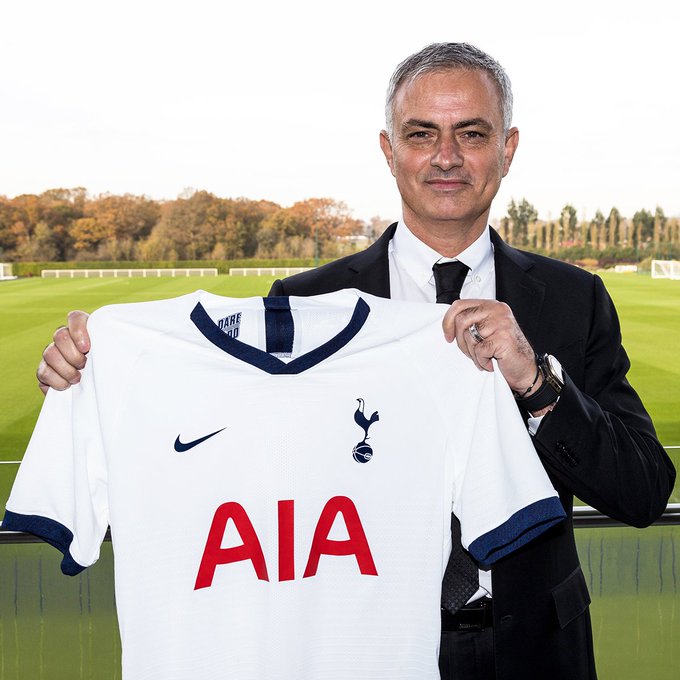 Jose Mourinho who was announced as the new coach of the London club after Mauricio Pochettino was dismissed after a run of poor form which saw them languish at fourteenth position on the log.

The Portuguese who was once the manager of Chelsea as well as Inter Milan in the Italian league was unveiled at the clubs training ground and will be hoping to get things going when his players return from the International break.

Jose Mourinho first game in charge will be against Westham United at the London Stadium.

Olumide Oluwaseyi - August 6, 2015 0
PHOTO SOURCE: keyshiacole facebook Page Keyshia Cole is having the fun of her life,has she hit the beach during the week to have some fun at...

Olumide Oluwaseyi - November 1, 2017 0
A Federal High Court Sitting in Lagos has dismissed an application by a former Minister of Petroleum Resources, Mrs Diezani Alison-Madueke urging it to...

Violette - August 5, 2019 0
A Nigerian Stall and mall owner Dabota Lawson which is based in Lagos has come out with fury and anger about Managers and businesswomen...

Adedokun Moses - January 19, 2020 0
Multiple award winning singer, Davido is set to grace the visuals of his adorable fans across the globe with another stunning video. Davido who has...