Popular America singer and rapper is really taking his new found religion seriously as he’s set to take his Sunday Service to the church of popular American Pastor, Joel Osteen. 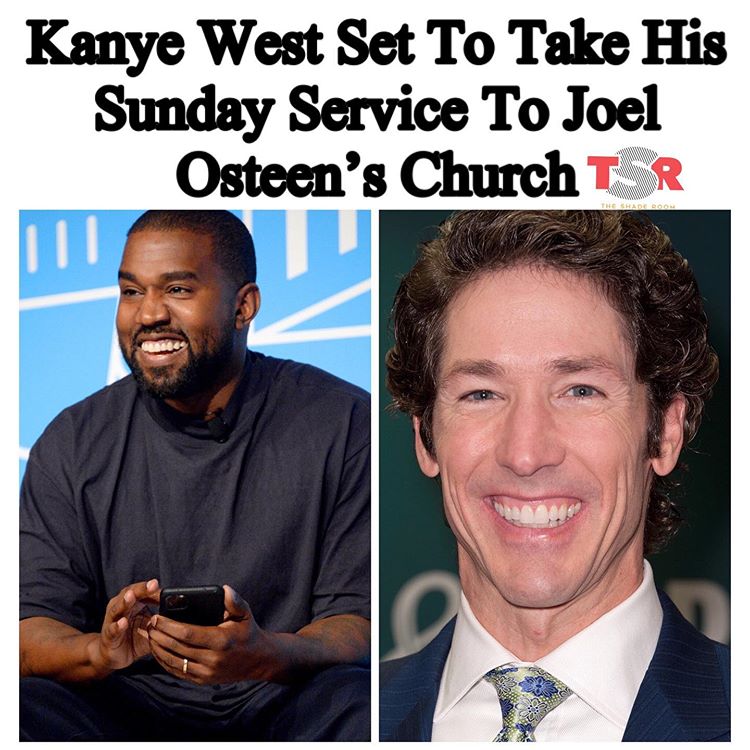 Kanye West who has been travelling with his choir as he continues to preach the gospel is not slowing down on his efforts to bring his Sunday Service to as many cities and venues as possible.

According to TMZ_tv reports Kanye West will be teaming up with popular pastor Joel Osteen to share his Sunday Service with members of the great church.

Kanye and his Sunday Service choir will perform during Osteen’s Sunday nighttime service, while he and Osteen take to the pulpit and talk in the morning.

Reportedly, Kanye and Osteen have been talking quite frequently and and have become friends, which is due to Ye’s renewed devotion to God.

creebhills - June 23, 2017 0
BIRMINGHAM, England (AP) -- Elina Svitolina suggested she might withdraw from Wimbledon after a surprise second-round loss at the Aegon Classic on Thursday. Svitolina, ranked...

creebhills - November 26, 2017 0
So, there’s a drama currently happening on Twitter, as a Lady has accused a popular Blogger and PR, of raping her. It all started when...

Adedokun Moses - January 8, 2020 0
Entrepreneur and model, Sophia Momodu becomes Martell Nigeria Brand Ambassador, although might have started the new year in another Drama with his baby daddy...

Kelly Rowland Flaunts her Sexy Toned Abs At The Beach

creebhills - February 27, 2017 0
Kelly Rowland Flaunts her Sexy Abs At The Beach the former Destiny Child Singer, and Mother of one was recently at the Beach to enjoy...