“Holding onto anger is like drinking poison and expecting the other person to die.”
— Gautama Buddha

People say ” I love you” all the time, but never show it. The best way to show your lover than you love him or her is by fighting with your lover. Most people think that the perfect relationship is the one free of conflicts, free of all forms of fights, bickers and quarrels, they are dead wrong. The funny thing is that couples who fight more in a constructive way, rarely break up than couples who don’t fight at all. A research carried by Dr. John Gottman revealed that there are three types of couples.

The first set of couples are most likely to last longer together because, when they fight constructively, bearing in mind that they are not fighting against each other but they are fighting the problem, they will be able to resolve any issue that comes up either instantaneously or over time. In the second set, either one partner or both partners have do not want to listen, their relationship is not healthy because they are selfish and only think about what they want. The third set have the biggest issues amongst the three, they totally avoid conflict, which means they are avoiding communication which is a pillar of relationship. They run the highest risk of breaking up anytime. Like a tower of cards, their relationship will fall to ground without any foundation because they don’t really know each other. This is because they don’t have quarrels that reveal the things that they don’t say normally.

A relationship is made up of two people who have different backgrounds, values, views on life, personality, there is bound to conflict and fights from time, avoiding these fights or seeing them as relationship destroyers will only hurt your relationship. Another relationship therapist had also had a lot to say on the issue,

“Fighting is normal. While some couples may think fighting is the sign of a bad relationship, it is actually is very important. The key is fighting with a purpose.”

Fighting is important to a romantic relationship for various reasons, let’s look at some of them 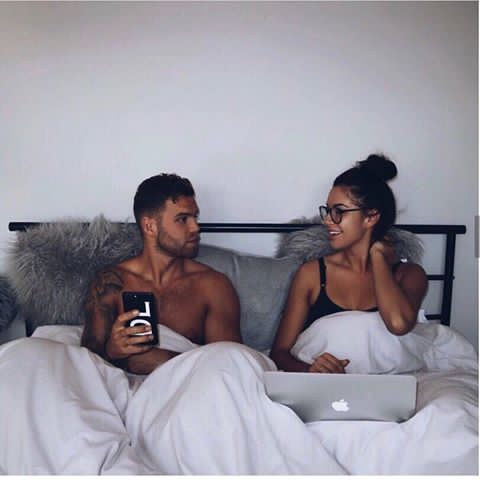 1. You fight who you love

The gospel truth is we fight with those we love the most, that is because the people we love the most, are the people that hurts us the most because they have the keys to our hearts. The fact that you love him, you will get upset when he doesn’t talk to you as much as you want him to, the reason you are angry with her when she flirts with another guy is because she has the key to your heart. Instead keeping pent up anger and frustration and hurt, is better you let it all out in a none abusive, not defensive and not physical way. Fighting shows your partner that you love him or her because through your anger and frustration and hurt, you will be able to communicate your truest feelings to your partner.

2. Fighting keeps you healthy and relieved

After fighting constructively, you will feel lighter and relieved because all those hurt and pain caused by the issue that brought the fight, will disappear into thin air, leaving you feeling rested. Fighting is also healthy, yes you heard me, fighting is healthy, now I don’t mean, getting physical with your partner is healthy, I mean a healthy fight i.e fighting against the problem not each other, is healthy because when you do this, you release pent up anger and all other negative emotions that would have stressed you and harmed you in a long run. Research has shown that women that deal with their anger at the spot, are likely to live longer than those who allow those negative emotions pile up.

Fighting boosts trust a very great deal and faster too. When the two of you fight, you begin to know how your partner feel about you and know what s/he is capable of. Fighting helps you both to wax stronger. When you both fight his sexy secretary or her hot coworker, you both know where you stand and how to resolve the issue when it comes up again. It also helps you know how and when to defend each other.

5. Fighting helps you understand your lover

Fighting shows the good, the bad, the ugly of your partner. It helps you to know who she is under the beauty that attracted you to her, it helps you see the good man under the sexy man you fell for. Fighting reveals who your partner is, and helps you deal with the person he or she is. No one is an angel or a demon, fighting shows you that. It shows you, your partner’s insecurities, pain, ambitions and the things really important to him/her and through conflict you will be able to accept that person and help your partner grow while you grow deeper in love with him or her.

READ ALSO
The Essence of Forgiveness and Forgetting in Love

6. Fighting brings out the best person

After the storm, comes bright light, fighting constructively makes you a better person. When your partner notices something wrong or a flaw or a pattern and brings it up, you can learn from it and better person. At first, you might not want to change after all you think it’s part of you, but after the fight, you get to see benefits of dropping that bad character. Fighting helps you become a better you.

After a good fight, you both will grow deeper in love with each other and grow more together. This is because after a good fight, you both will understand each other better and learn more about each other. Fighting constructively also leaves the both of you vulnerable which is a key ingredient for intimacy. Fighting opens both of your hearts to fall for each other in such a way that no other pillar of relationship can. It also reduces chances of breaking up.

8. Make up sex is the hottest

After fighting, the makeup sex is always hot and steamy not to mention one of the fun experience you will ever have. Reasons being that, your emotions are raging, tension will be in the air, and your bodies will crave each other after a time of being apart. Make up sex also boosts intimacy. Besides you can see the sex as a kind of reward for a good fight.

Healthy fights, the key word being healthy, is very important to the growth of your relationship. Instead of tolerating every thing and piling up negative emotions and run risk the of exploding all at once, deal with every issue or conflict that arises so you both can grow. Relationship is made of two different hearts, conflicts will also arise, fight constructively to end these conflicts so that your relationship can last longer. This has been Relationship Corner with Eddie Schwaggs.

Cardi B reacts, “I rap about my pussy because she’s my best friend”

Violette - July 13, 2019 0
Cardi B hopped on Instagram to respond to the Hip Hop icon, rightfully so because her name was brought up in the conversation and she’s...

Violette - June 17, 2019 0
It's a pitiful minute for the previous belle of the ball and pregnant Gbemisola Scarlet Gomez and her better half, husband Temitope "Othelo" Gomez...

World Bank Predicts Nigeria would Get Out of Recession this Year

Olumide Oluwaseyi - January 13, 2017 0
The Reccession Crisis that Hit the Nigerian Economy and it been its worst in 29-years might be seening light at the end of th...

#BBNaija I can’t be Miracle’s girlfriend,I’m going back to Collins-Nina

Olumide Oluwaseyi - December 4, 2018 0
I always tell people to be very afraid whenever they find out that their partners are still tight with their exes. The thirst shall...

Adedokun Moses - February 23, 2020 0
Award winning female singer, Teni cried on stage after she received a wonderful reception from her fans in London. Singers are known for facing a...