Controversies continue to erupt after the end of the prestigious award show.

Recall that popular Nigeria show promoter, Kogbagidi had earlier slammed the organizers of the show as he noted it’s rubbish, he has now been joined by Naira Marley who seems not to be happy with the outcome of the award show.

Naira Marley whose great friend Zlatan Ibile was not victorious in the categories he found himself noted that the famous dance step (Legwork) is bigger than the award ceremony.

The controversial singer took to his social media page to share his thoughts as aims dig at the event show. 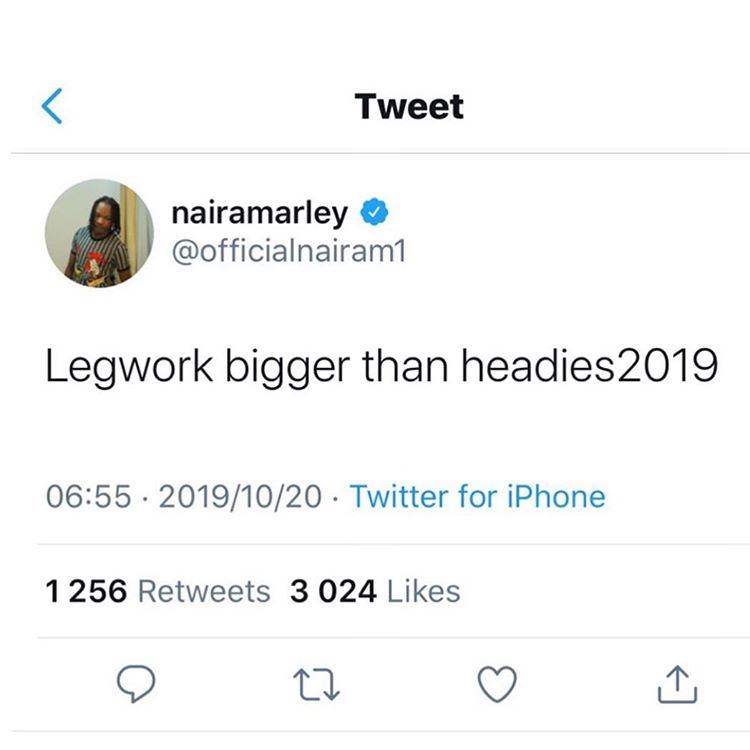 Nollywood actress, Angela Okorie Declares No Man Can of Her lifestyle

creebhills - July 31, 2017 0
Nollywood actress, Angela Okorie, has finally reacted to fans who insinuate that she’s being sponsored by men.. The actress, who was involved in a messy...

Violette - October 6, 2019 0
After a while the winner of the show bbnaija has been announced Ike Oyema took to his Instagram page to praise the love of...

The only thing Ebony and I have in common is a deep voice –...

Cardi B puts on a raunchy display as she performs in scantily-clad ensemble during...

Violette - June 3, 2019 0
Rapper and mother of one, Cardi B put up a very raunchy display as she performed at the Hot 97 Summer Jam, which took place on Sunday at...