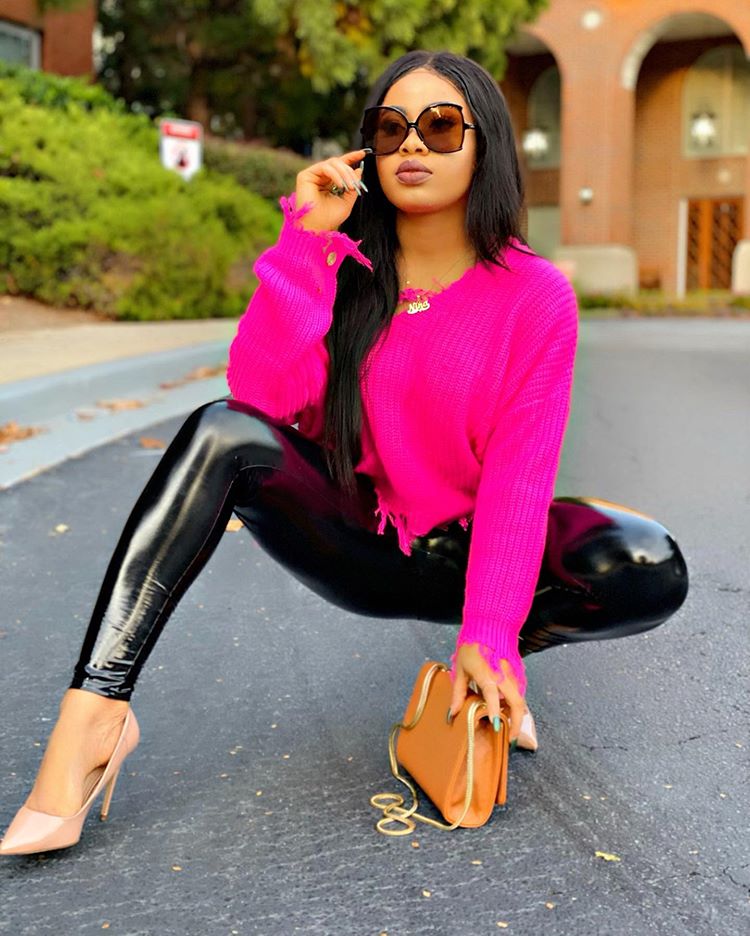 Nina Ivy who since participating at the reality show has not disappointed her fans and followers by serving them hot picture does not seem to be slowing down any time soon.

The reality star who some days ago released some pictures of herself sky diving took to her social media handle to share some dazzling picture of herself looking good in a red top with a black trousers.

Nina Ivy who came fifth during the third edition of the reality show which was tagged ‘ Double Wahala ‘ noted via her caption that look might not be everything but she’s got it if it’s the case.

Violette - June 21, 2018 0
I've Got Some Things to Say BY ROMELU LUKAKU I remember the exact moment I knew we were broke. I can still picture my mum at...

Olumide Oluwaseyi - July 15, 2016 2
The Prince was at the Burrell St Sexual Clinic in the uk to Get tested for HIV Virus. READ ALSO: Serena Williams shares Photo of her...

Olumide Oluwaseyi - November 7, 2017 0
Actress Rukky Sanda put her massive boobs on display in her IG video. The actress rocking a plunging top, had on her shades as she interacted with...

Man proposes to his girlfriend with 25 brand new iphone x

Eddie Andy - November 8, 2017 0
Chen Ming, a young video-game designer from Shenzen, China, recently sparked the envy of iPhone fans all around the world, after buying 25...