So many people “have canceled” South Africa and vogued not to step foot there till authorities take action.

Popular celebrities like Burna Boy has promised not to visit the South side again, as Tiwa Savage has also canceled a show she was set to perform at – DSTV delicious Festival in Johannesburg. 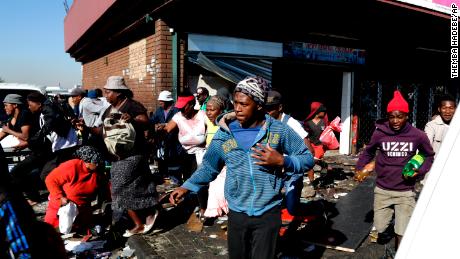 Air Tanzania has suspended flights to South Africa following the xenophobia attack that have been dominating in recent news.

Madagascar has as well boycotted their friendly match against South Africa which was set to happen tomorrow, Saturday.

This comes after a reorganised match with them, as Zambia declined offer to play a friendly match with South African.

South Africans have been heavily condemned by several African leaders for being commandeers in xenophobia attack. Therefore, they have now become a thorn in the flesh to other Africans.

“Last Night Sars Had Guns To My Head!”- Illbliss

Olumide Oluwaseyi - August 1, 2018 0
Nigerian rapper and hip-hop recording artiste, IllBliss has come out to talk about his recent harassment in the hand of Special Anti-Robbery Squad in...

Adekunle Gold Trolls US Embassy In Nigeria After He Visited US Embassy in UK...

Adedokun Moses - November 29, 2019 0
Award winning singer and songwriter, Adekunle Gold has slammed thr US Embassy in Nigeria over the way they tend to attend to their customer...

I Won’t Marry A Man Who Is Not Sexually Fit In Bed – Mimisola...

Olumide Oluwaseyi - August 5, 2018 0
Fast rising actress Mimisola Daniel in a chat with TheNewsGuru, opened up on her personal issues, her passion for acting and also the most...