Home NEWS Nigerians gather at Rivonia to join the fourth and last bus to...

Nigerian nationals have gathered in front of the Nigerian Embassy in Rivonia, South Africa, to join the bus so that they can be transported to the OR Tambo International Airportr as they leave for Nigeria on private airline – Air Peace. 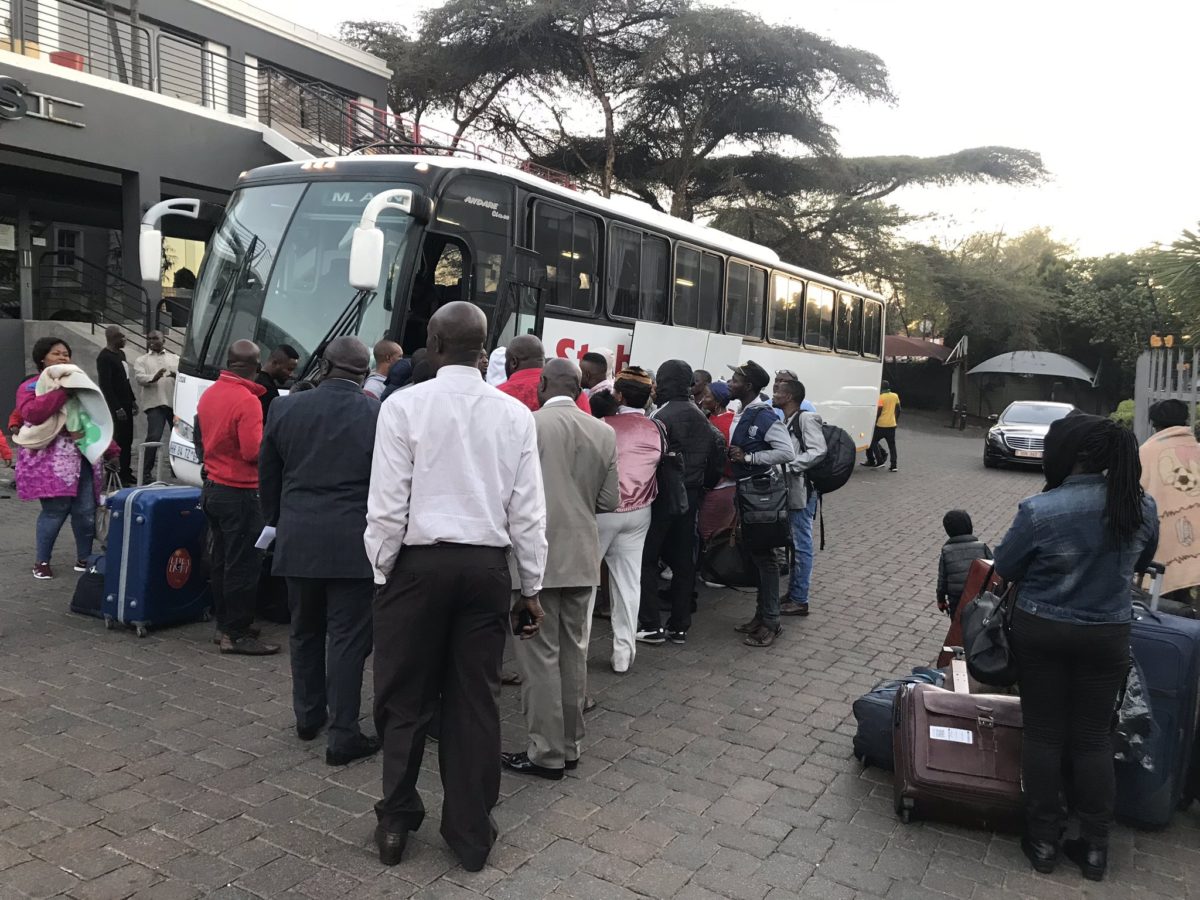 According to reports, over 600 Nigerians have opted to leave South Africa due to the intense xenophobia attack happening in the country.

Nigerian officials early on announced that, they’d provide free flight for citizens who would like to leave South Africa to Nigeria.

The xenophobia attack in South Africa has still not seen the grounds of calmness as South African citizens still protest on the streets of Johannesburg against foreigners in their country.

Amidst the attack, the South African government have closed all diplomatic missions to Nigeria.