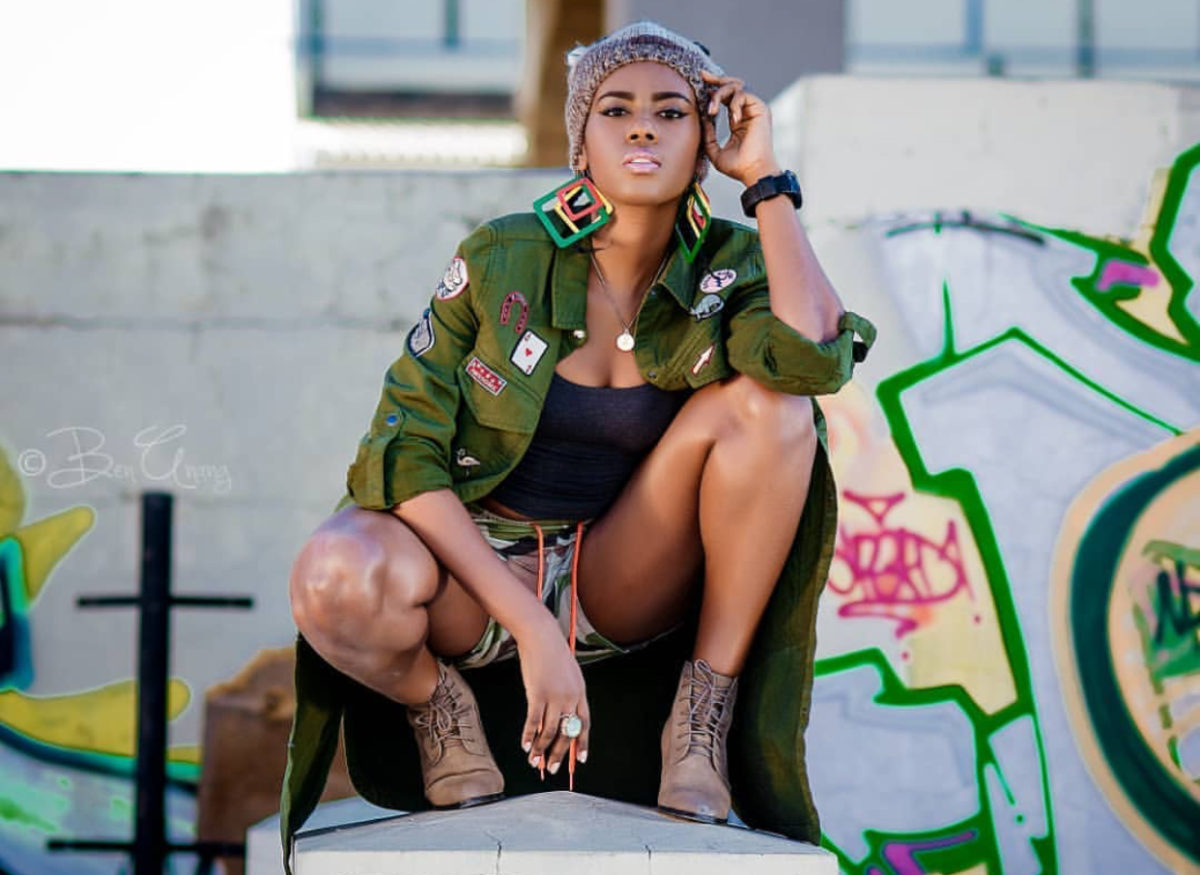 In a press release, she acknowledged Lynx Entertainment about their immense contribution towards her carrier and that they’ve got a great bond.

Also she further reveals her departure from the record label was done amicably and at a consensus but not how some persons perceived it to be.

Mzvee has been on hibernation from music for sometime now and news in the wave suggested that, her label was shrinking.

According to a press release, she only went on the “much-deserved break” to re-energise, get in touch with herself and redesign her artistic expression. 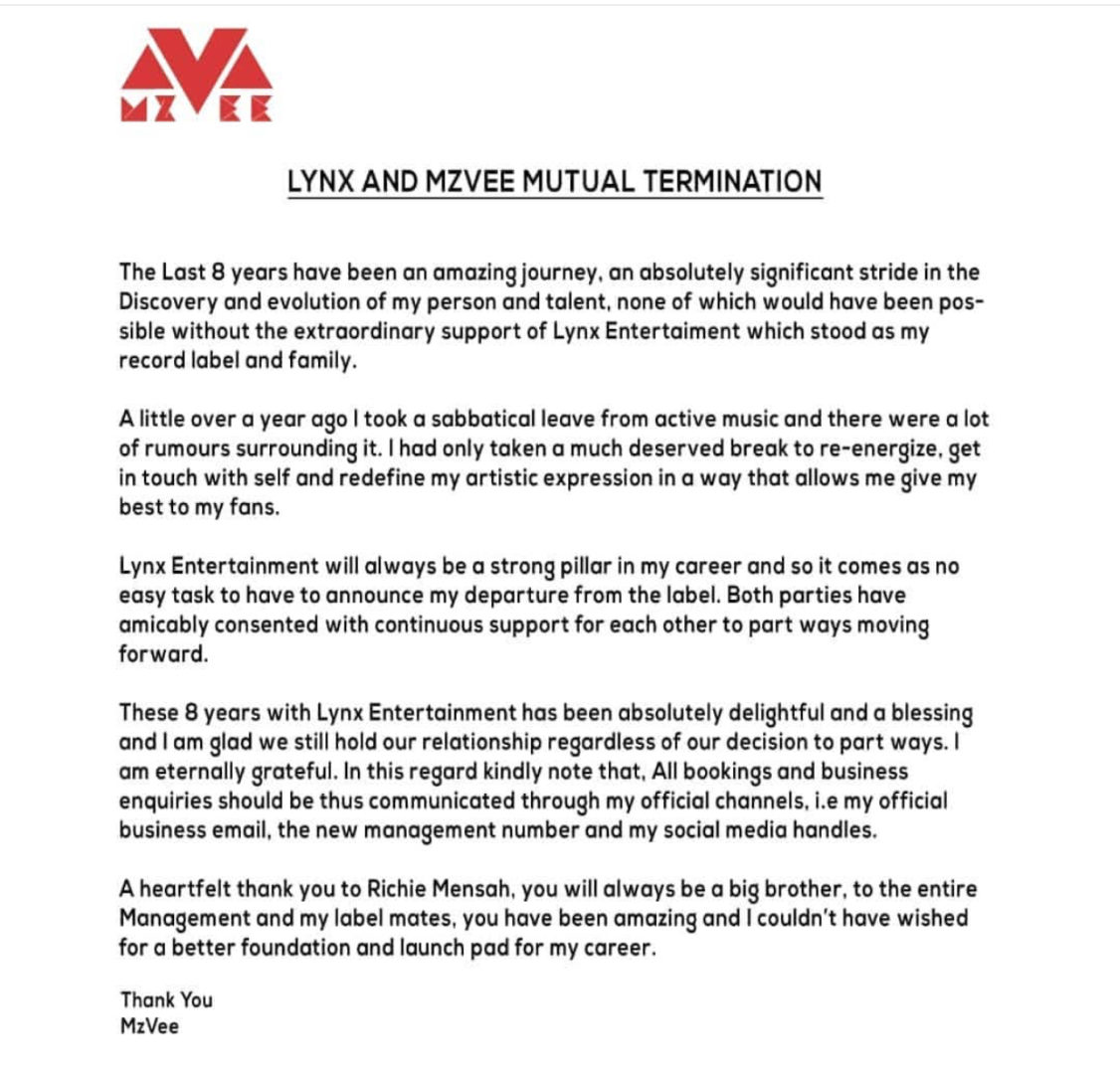 “These eight years with Lynx Entertainment have been absolutely delightful and a blessing and I am glad we still hold our relationship,” she had written.

She added that Lynx Entertainment will forever be remembered for the good work it has done in her life  is forever indebted to it.

Lynx Entertainment also expressed their pride to have watched MzVee grow up beautifully in artistry. 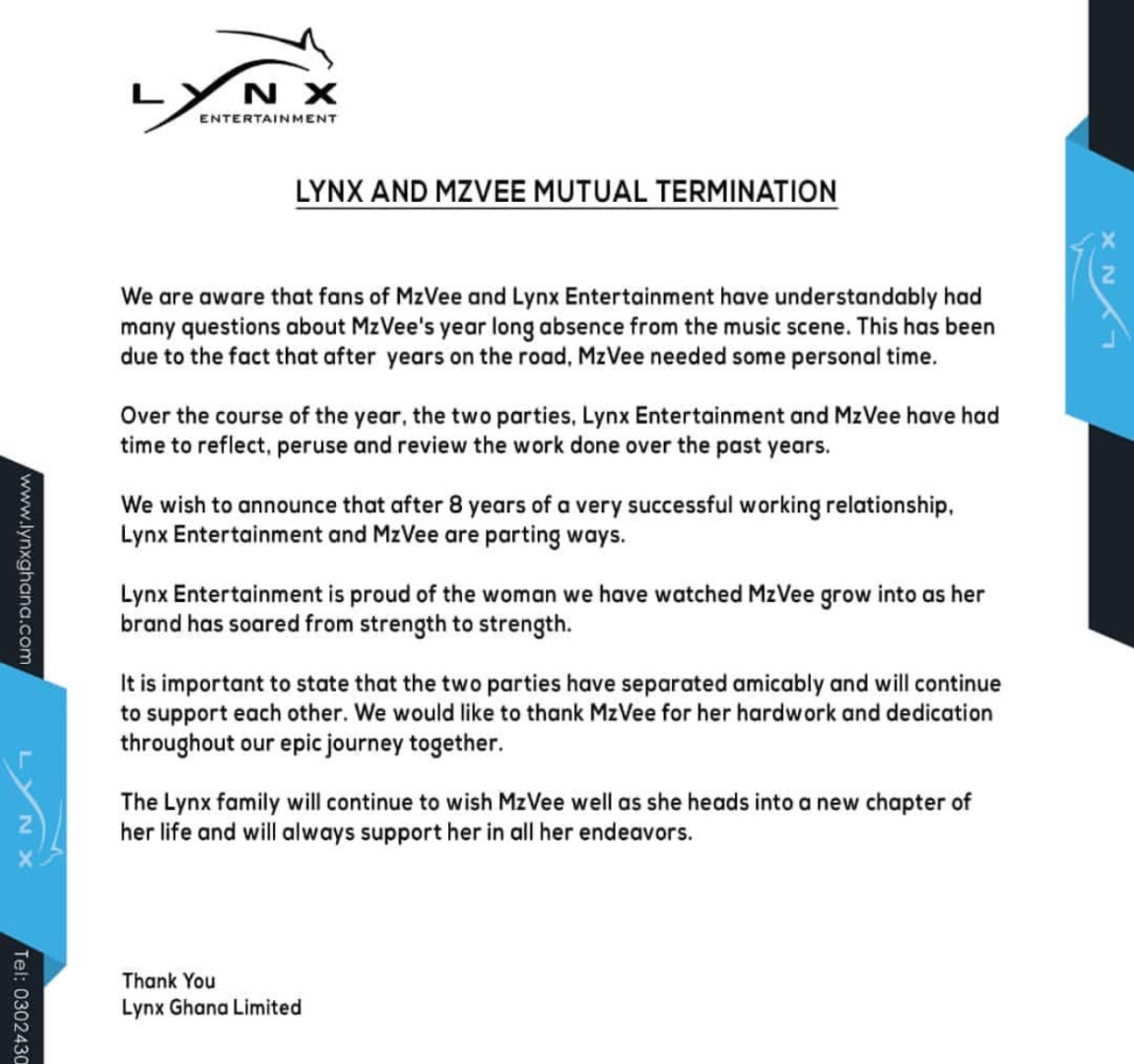 READ ALSO
Serena Williams gets back to the Gym, says Someone once told me "Never skip ab day" good morning from the gym

Distance is not an issue in my marriage – OC Ukeje

Olumide Oluwaseyi - November 12, 2017 0
Amstel Malta box office winner O.C Ukweje, has made it known his marriage is intact as distance is no issue for him and his...

Olumide Oluwaseyi - August 9, 2016 0
The 19-year-old Girlfriend of R Kelly who is the latest thing on the block in terms of celebrity Lovers and Gossips shared a Photo of her...

“I Don’t Know Why I Didn’t Award Penalty To Nigeria” – Turkish Referee Tells...

Violette - June 27, 2018 0
Turkish referee Cuneyt Cakin said he did not know why he did not award the penalty for the handball of Argentine defender, Marcus Rojo, for Nigeria...

Olumide Oluwaseyi - October 28, 2017 0
A 14-year-old model who collapsed and died moments before she was due on the catwalk was suffering from "utter exhaustion", doctors have said. Vlada Dzyuba,...