Ghanaian comedian Lekzy Decomic, known in real life as Emmanuel Nkansah, is set to bow out from the laughline comedy show come September 27, 2019.

Kasa entertainment in partnership with national theatre presents its flagship comedy show dubbed the “laughline comedy night” which happens to be the last show for comedian Lekzy Decomic. 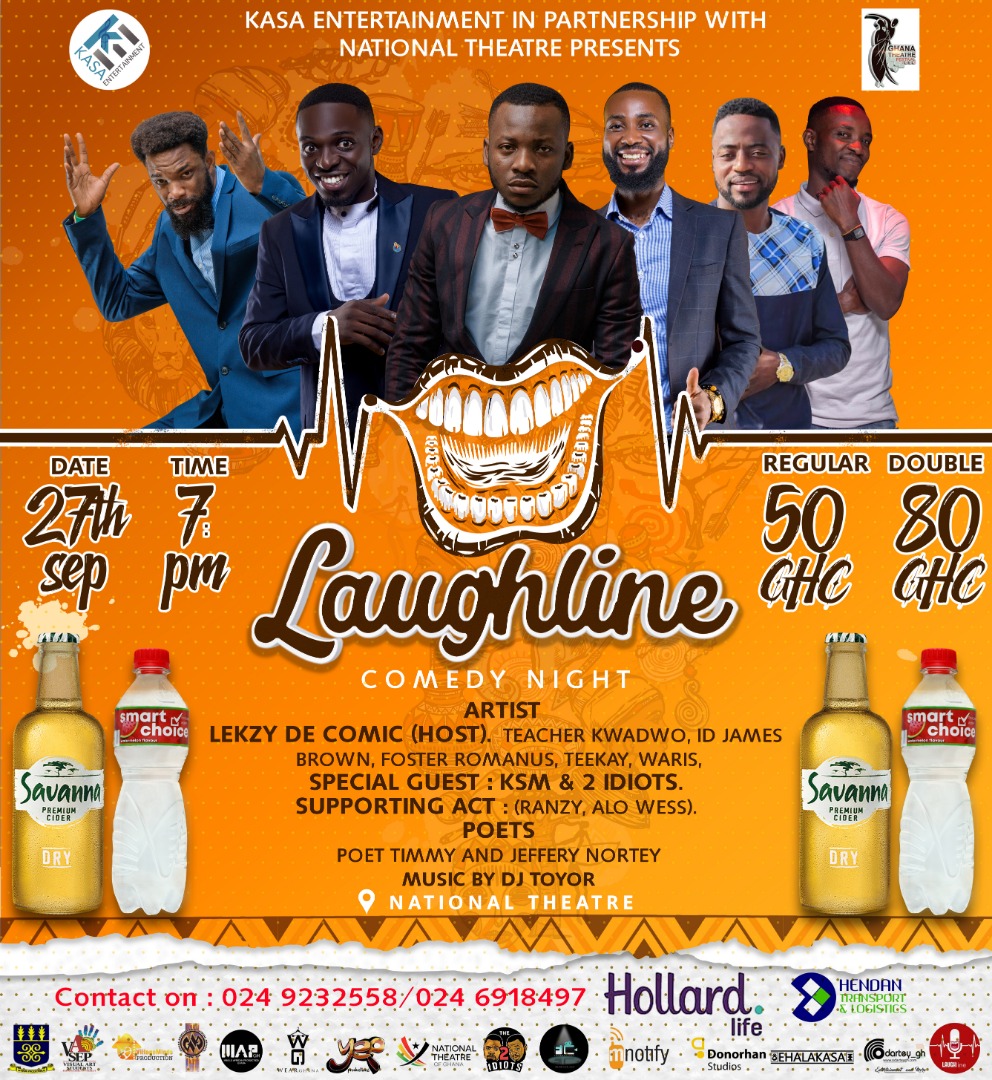 There comes a time in a man’s life where a tough decision has to be made. Lekzy Decomic, for the past 3 years and counting has consistently steered the affairs of the laughline comedy and has won the heart of many with his outstanding and delightful performances, anybody who has ever witnessed Lekzy performance always praises the comedians’ ability to crack up the audience with non-stop jokes.

Lekzy has also then been honored by GIJ, Rotary Ghana and Heritage of Africa because of the outstanding display of his comic prowess and has proven himself worthy of the title’ King of GH comedy’.

This comes as a big blow for comedy lovers and the Ghanaian comedy Industry. The question now is who is going to take over the mantle from the “King of Ghana comedy” Lekzy Decomic as he lays down his tools come 27th September, 2019 at the National theatre.

The laughline comedy night is sponsored by Savanna Dry Cider and Smart choice and supported by Hendan Transport logistics along side Hollard life .

READ ALSO
I do not regret leaving Nollywood – Regina Askia

Olumide Oluwaseyi - June 11, 2018 0
Rapper, comedian and actor Falz is giving back to the society and we’re here for it. Sharing on his Instagram page Sunday evening, Falz called...

Justin Bieber and Selena Gomez Celebrate Their Reunion With a Kiss

Olumide Oluwaseyi - November 17, 2017 0
Justin Bieber and Selena Gomez officially back on as they were photographed kissing on the lips at an amateur hockey game Justin played in...

Violette - July 6, 2018 0
Actress Annie Idibia has confessed that dating other men was just her way of taking her mind off the trauma and agony of watching the...

Obrafuor Should Be Studied as a Course Too – Sarkodie

Violette - August 17, 2019 0
Ghanaian Rapper, Michael Owusu Addo popularly know as Sarkodie has again in an incredible manner expressed his respect and admiration for the legendary rapper,...

Olumide Oluwaseyi - May 3, 2019 0
A 2022 World Cup stadium in Qatar named "Vagina" has been unveiled after becoming the first to be completed ahead of the tournament. The...