The British Alcohol brand has appreciated the African Giant in grand style.

The Captain Morgan company has gifted Burna Boy with a special customized-made bottle of their product after the ‘Anybody’ hit maker sold out his shows at The Filmore Silver Spring on Sep. 15 and 16. 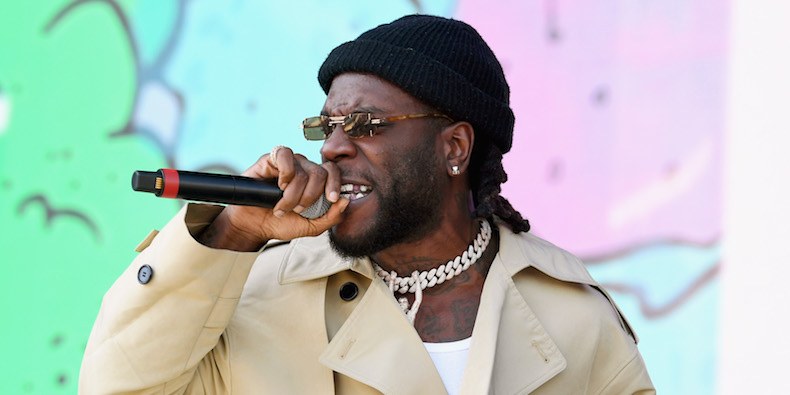 This is not the first customized item or product Oluwa Burna has been graced with. About a month ago, Swedish-based music streaming platform, Spotify, made a customized-bank, which produced notes from his African Giant album cover.

Burna Boy after winning BET Best Int’l Act this year and after releasing his ‘African Giant’ album has had a lot of international recognition. Getting featured on popular international shows like Jimmy Kimmel Live and The Daily Show, and more.

Captain Morgan is a brand of rum produced by British alcohol conglomerate Diageo. It is named after the 17th-century Welsh privateer of the Caribbean, Sir Henry Morgan who died on 25 August 1688. Since 2017, the label has used the slogan “Live like the Captain”. 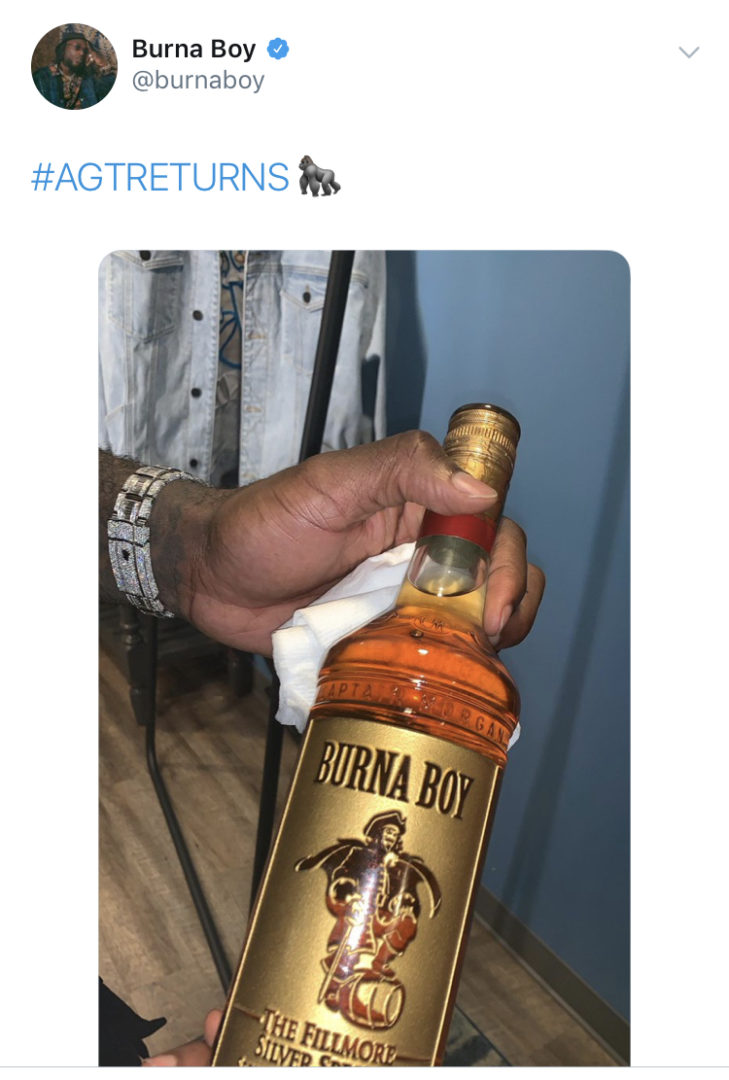 I’m a child that has a child – Mother of one, Regina Daniels says (Video)

#BBNaija: Erica tried to kiss Laycon but he refused – Praise opens up to Lucy (Video)

Lol. Group of Mexican fans travelled to Russia with a cardboard photo of their...

Violette - June 19, 2018 0
This group of Mexicans have left many in stitches on social media after they travelled all the way to Russia for the World Cup...

Violette - January 31, 2019 0
Arsenal have completed the signing of Denis Suarez on loan from Barcelona until the end of the season, the club have confirmed. LaLiga champions Barca...

#BBNAIJA: It’s not a Competition of Endorsement!!! – Kokoby Khloe Advice Fans of Housemates

Adedokun Moses - October 23, 2019 0
With the Reality show done and dusted, Different Housemates are already making name for themselves as they secure endorsement deals. However, Media Personality Kokoby Khoe...

Violette - May 2, 2020 0
Well, it is no news that the lockdown been experienced for the past few weeks is said to be partially lifted to ease economic burden...

Viktoh Tweets After Police Assault , says ‘Too Much Hate In This Country’

creebhills - January 3, 2019 0
Last night, Nigerian singer and rapper, Viktoh who was signed on to Olamide's YBNL for many years was assaulted by officers of the Lagos...