TV Africa has apologized to actress Juliet Ibrahim after she subjected the TV station to intense insults after one of its presenters made hilarious comments on her failed marriage.

The actress rained insults on the presenter for picking a gossip about her failed relationship which affected the TV station for also giving her a platform to do so.

According to the host, Juliet was unable to sustain her immediate past relationship because of her failed marriage with Ex-husband Kwadwo Safo.

In response, the actress bashed the presenter and compared her hairstyle to that of a wet chicken.

She also referred to TV Africa as a “Dead TV station with dead ass TV presenters looking for clout off Juliet Ibrahim as usual.”

The management of the TV station in a statement said;

“The Management and Staff of TV Africa have noticed the harsh words meted to you by one of our presenters Aba Guy Guy.”

“While we understand her anger towards the generalization of your statement in response to our *Pae Mu Ka* show where another presenter Akosua Sexy, picked a gossip on social media to talk about (typical of the concept of the show which will not change), we think that this was indeed unfriendly and acrid. It is a departure from the gleaming and deferential style of the TV station.”

“It is regrettable and we are thus remorseful for these acts. We have taken steps to withdraw the video from the social media page as a sign of correction.” 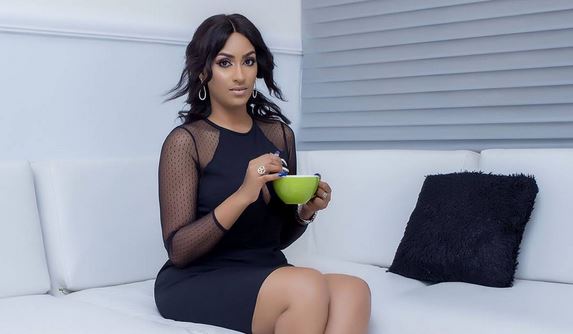 “We, however, wished that you had not made the damning comments initially and the unfortunate comparative picture you posted.”

We are friends and this should not bruise our relationship at all.”

“We are by this inviting you on our morning show *Breakfastlive* to discuss your book – A TOAST TO LIFE. Let’s make up.”

Lala Anthony and Kelly Rowland Enjoys Girls Night out on a dinner Date In...

Olumide Oluwaseyi - February 1, 2017 0
The  two celebrities are masters of their chosen craft,Kelly a former destiny child group singer whom since had lived past  the shadows of Beyonce,...

#BBNAIJA: Confusion erupts as Jaruma and Tacha unfollow themselves on IG

Violette - October 4, 2019 0
Bearly few days after the disqualification of Tacha an ex bbn house mate missing the opportunity to win the 60 millionaire Naira  price and...

Olumide Oluwaseyi - January 15, 2018 0
The Lagos state government has reportedly filed a lawsuit against singer Davido and comedian, AY Makun, for tax evasion. A report by Punch revealed the entertainers have...

Olumide Oluwaseyi - November 9, 2017 0
Femi Falana, a Senior Advocate of Nigeria (SAN), on Wednesday made a fresh case for the release of Sheik Ibraheem Elzakzaky and wife Hajia...

Olumide Oluwaseyi - February 23, 2018 0
The main job of a real man is to protect his woman or lady and last night Mr Leo failed in every department leading...